We are killing our planet, our home. 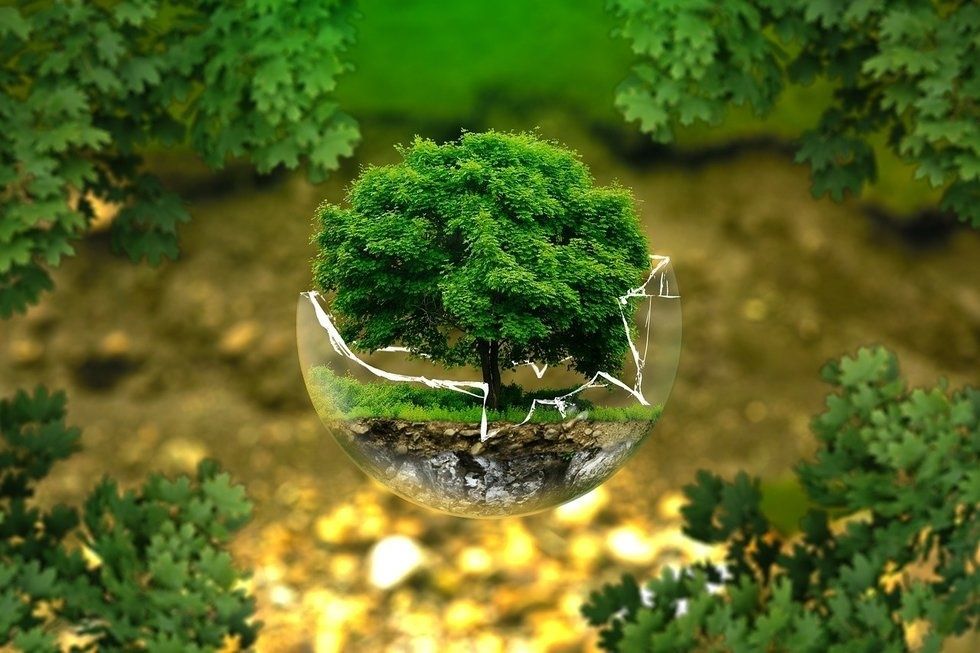 Every single one of us is contributing to the downfall of our environment. We are consumers meaning we play a vital role in our economic system, but it comes at a great cost to our environment.

Every single day there are more than a half million plastic straws being used and just tossed away.

Where does all of this plastic end up? Landfills or even worse, the ocean. It is estimated that there are currently 165,000,000 US tons of plastic in the ocean right now and it is increasing at a rate of 8,800,000 tons daily.

Those numbers are concerning and plastic isn't even the only thing contributing to the harm that's being caused to our planet. We also have water and climate crisis. 80% of China's water reservoirs are contaminated, and the rest of the world continues to over consume and contaminate its water supplies.

AND with the climate crisis, we are well on our way to a catastrophic 4°C rise in temperature by the end of the century, and climate change and its resulting extreme weather conditions contribute to the death by hunger and communicable diseases of 400,000 people every year (mostly children in developing countries).

THEN there's the fishery depletion. Over-fishing in our seas, rivers, and lakes has led to what scientists call eutrophication or excessive plant growth.

AS WELL AS the energy crisis. Most of our energy comes from coal and natural gas, which cause harmful emissions and further negative climate change. Energy needs are likely to remain unmet for hundreds of millions of households ongoing unless we urgently find more sustainable sources of energy for all.

AND of course one of the major things no one cares enough to really talk about population growth. The United Nations predicts that by 2050 the world's population will reach a whopping 9 billion - which means we'll all be competing for increasingly scarce resources, it will be slower and more difficult to mobilize people to change, there'll be further environmental pollution and increased political instability.

I'm not saying people need to stop having children so that the growth rate quits rising, I'm just saying we need to figure out a way that people can still get viable resources without draining the earth completely. We need to be more conservative.