"Since neither of us ever said how we felt, out of fear or confusion, I guess this is a short not-in-love story." 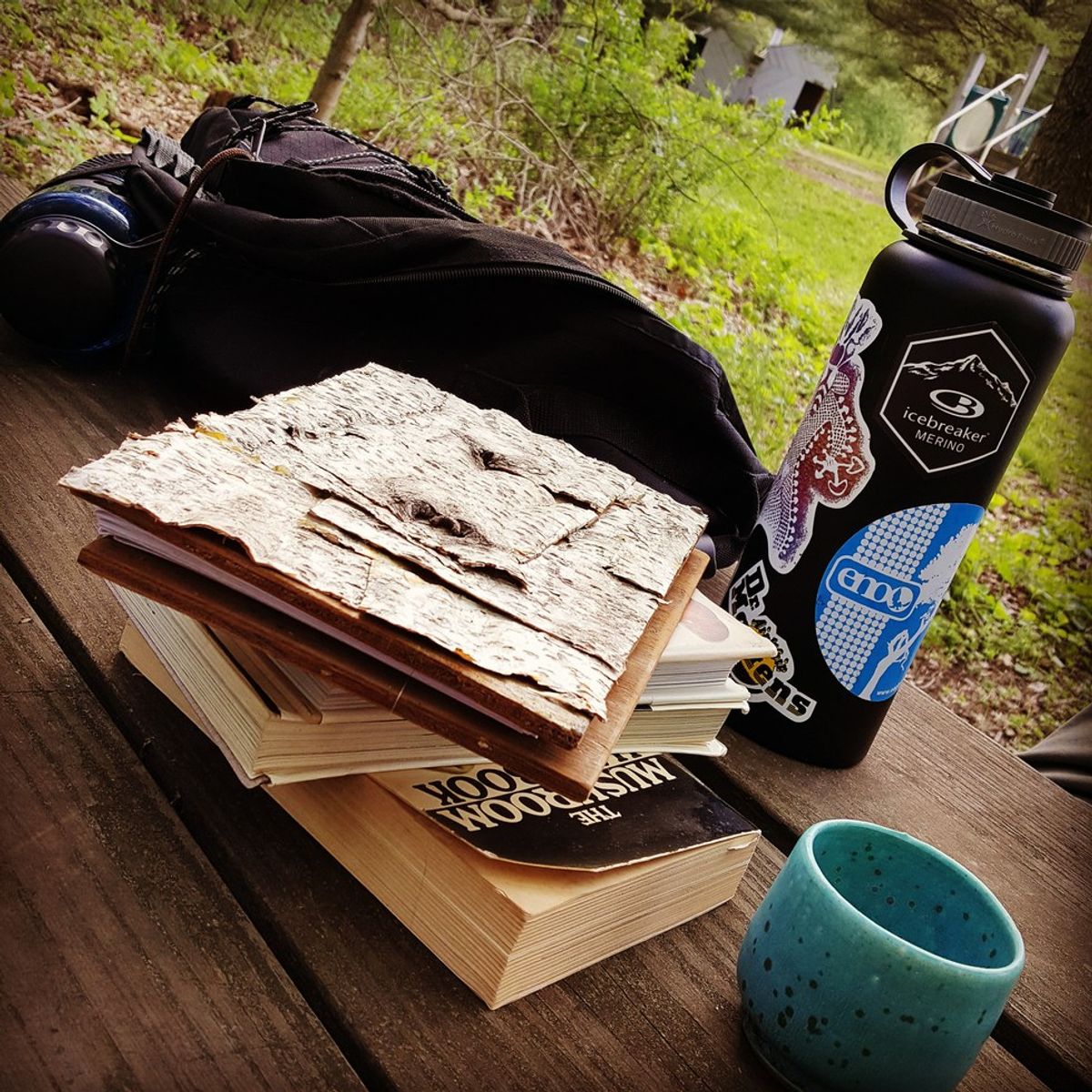 Before I begin, I will say this. My least favorite genre of film is romantic comedy, and one up from that is romance. I find them to be trite, and unrealistically optimistic. I had never been taken on an honest to god date, with a canoe and a dramatic kiss in the rain. The closest I ever came to what they make out love to be is an unhealthy obsession with someone I was never met to be with, or going through the motions with someone who wanted to believe in this Santa Claus of Emotions just as bad as I did. I could never find authenticity, so I resigned myself to believing it just didn't exist, it is a social construct. Just a chemical.

So when I found myself in something that looked, and felt, like the movies, it was unrecognizable. Once I started making poetry in their eyes, I slammed the door shut and locked it because I was afraid I was coming in contact with the real thing. I am not in love, I am not in love. This was my mantra. I cannot speak for them, or how they felt, but I know the few memories we shared together. Since neither of us ever said how we felt, out of fear or confusion, I guess this is a short Not-In-Love story.

You were known for never feeling anything. I didn't believe that. I still don't.

The first time we got together, you brought me what looked like a bouquet of fresh picked asparagus, tied together with rope you made, and a stem of mint leaves tucked into the side. It was more beautiful than any flowers to me. I didn't know it then but you also brought hot tea and two small tea cups for when we would later sit at a wooden table in the cold autumn weather. I would flip through your mushroom book and listen to you play banjo and sing as wind blew through the trees.

On the drive there, you were terrified too, but only of my driving. We listened to blue grass and old rock music. Someone finally knew the songs I knew.

We talked about family, love, and ourselves. Most of the time was silent, though, that would have been terrifying to me. The idea of just being was enough to make me want to run away... at least with anyone else it was. With you, just being was just that. It was enough. I felt relief at not having to entertain someone to keep them around.

I remember looking at your eyes and realizing just how green they are, different than anything I had ever seen. I couldn't look too long. I started to feel something in my chest, like words that wanted to be said but no words were forming in my head, so I picked a flower and put it in your jacket pocket. Somehow that said what I needed to.

When you were leaving I asked what you thought of me because I believe you have wrong opinions of people, that you judge them too quickly. You said I annoyed you less than most people.

That was the first date that was not a date.

Afterward would be outings where we ate produce out of the back of your car, spent a few hours roaming a five story antique store, or laying in a hammock in the woods where I look up and say "why would anyone want anything but this?" Maybe there was a four hour phone call here where you tell me things you say you've never told anyone else, or a different four hour phone call there where I tell you about the wall that keeps me from loving people. Maybe you told me you didn't want me to leave and maybe I told you that you made me want to stay.

I thought we were friends, good friends maybe. Good friends that kissed each other goodbye. The closer we got, the more I wanted to tell you how I felt. You are a free bird, and I never wanted to cage you. I just didn't want to keep walking circles around the elephant in the room, if there was one. I wanted to let what was forming just be.

Maybe all that time, it was just you being nice, or just you being confused. I don't know, but when you started to ignore me, almost out of the blue, it was confusing for me and somehow you still show up everywhere in my world without even being part of my life.

Even though I'm sure I could be spiteful about what happened between us, whatever it was and how it fizzled away, I'm not. I saw you recently, completely on accident, and I was reminded of your freedom and passion and difference from everything around you. You inspire me. You showed me that authenticity can exist. Whatever we were, I know now that I will not settle for less than what I felt all those times I was with you. Maybe it was not love, I don't know what that is, but it made me feel happy and like I could grow in that feeling. You showed me what it feels like when something feels right. To be able to lay face to face with someone and not feel like you are being trapped, to be silent and not feel like you are being judged, to be wanted and not feel like you are being branded, and not having to call someone yours but just enjoy experiencing parts of life with them.

I like to believe, in the far back romantic part of my mind, that we had the potential to fly too close to the sun, and that's why you left. You didn't want either of us to get burned.

Caitlin Marie Grimes
University of South Florida
10670
Beyond The States