Get ready to be surprised in a new way. 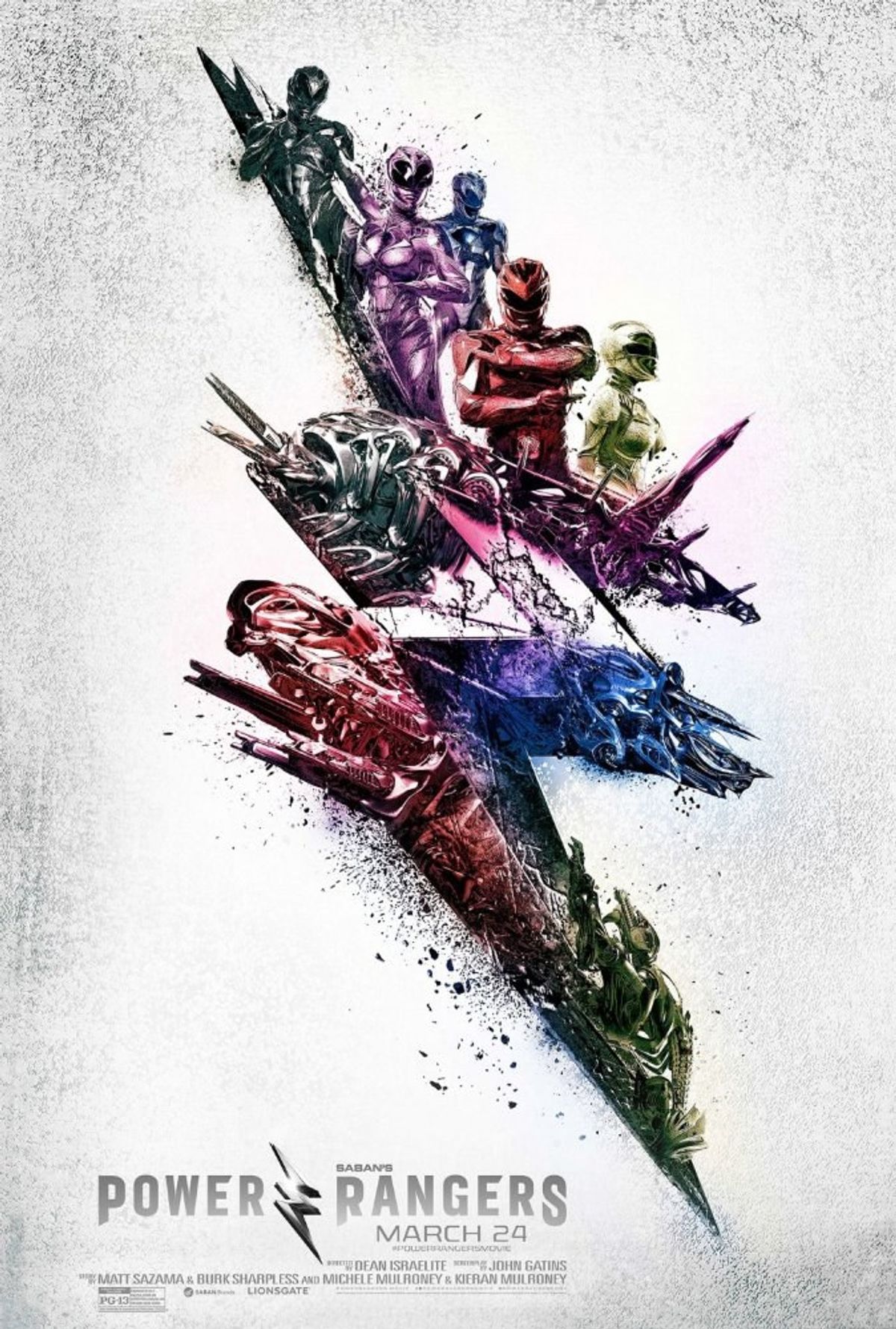 Back in October of 2016, I remember when the first trailer for "Power Rangers" came out, and I was absolutely stoked. I can honestly, and nerdishly, say that I watched the trailer about 5 times within the first 24 hours of it being released. Growing up, I was surrounded by "Power Rangers Turbo", more so than "The Mighty Morphin Power Rangers". Now, I love Turbo, but Mighty Morphin is on a whole other level. The new reboot of the Ranger series comes from the Mighty Morphin story, which is and will be the classic story for the Rangers. For me, this film isn't touching into a deep root of childhood, but more so a door that is opening for the future. I believe the new Power Rangers have the potential to become a dominant series of superheroes if the movies are done well.

One of the first things I noticed about "Power Rangers" was Dean Israelite's, the director, experimental shots that are not like normal movies. In a way, it was like he was attempting to shoot scenes with non-traditional shots to add an effect that makes this superhero film different from others, i.e. DC or Marvel. The cinematography was not a bad thing, but it was very unique. For example, Israelite liked to use the canted angle shot, in which the camera is tilted to the right or left to give an off balance style to the scene. This happens a lot. The only downside to this form of shooting is that I did not see much of a point. If PR was made to win Academy Awards, maybe use this effect, but just as a blockbuster, there wasn't a point. Which leads me to the movie being cheesy.

There have been like 15 various Rangers recruited to defend Earth, and every single television show and or movie are the cheesiest pieces to watch. The current "Power Rangers" is still very cheesy but at times makes up for it by having a good use of acting and effects through CGI. The action is not the greatest, but it's up to par compared to movies that are highly choreographed. And looking at the CGI, the suits of armor are special effects. At first, they look a little corny, but the more I see the suits in battle, I actually enjoy the design. The Rangers have always been known for being a very nonserious film, and even the new edition keeps the tradition alive.

As my final point, looking at the story and music of the film, I was impressed. The movie is just another film of a bad guy showing up, team assembling, and bad guy getting defeated, but that is the beauty of "Power Rangers", in the fact that they have a ton of breathing room for the films to come. The story was a complete set up for sequels, and that is okay. The first two acts are mainly just trying to build these characters to show the audience who they really are. In the sense of story, a music score adds a lot of emotion to the movie that could save or even kill the film. The score within PR was more electronic than symphonic, and I loved it. I'm a sucker for electronic music, and it fit very well with the story. Now, with any blockbuster, there have to be cliche hit songs during the action, well, "Power Rangers" definitely delivers there.

Going into "Power Rangers", I did not have a lot of expectations, given that I have not watched any Power Rangers since the early 2000's, and Dean Israelite has only made 1 movie that is okay. If one goes into this film expecting the seriousness of "The Dark Knight", or even the action of any Captain America film, they will sadly be disappointed, but "Power Rangers" is good at what is is, cheesy. I can honestly say that anyone who watches the movie with low expectations will at least get entertained for a movie of teenagers finding friendship, and great visual effects. I give "Power Rangers" a 9 out of 10.

Caitlin Marie Grimes
University of South Florida
9490
Beyond The States