A Night With James Bay
Odyssey

A Night With James Bay 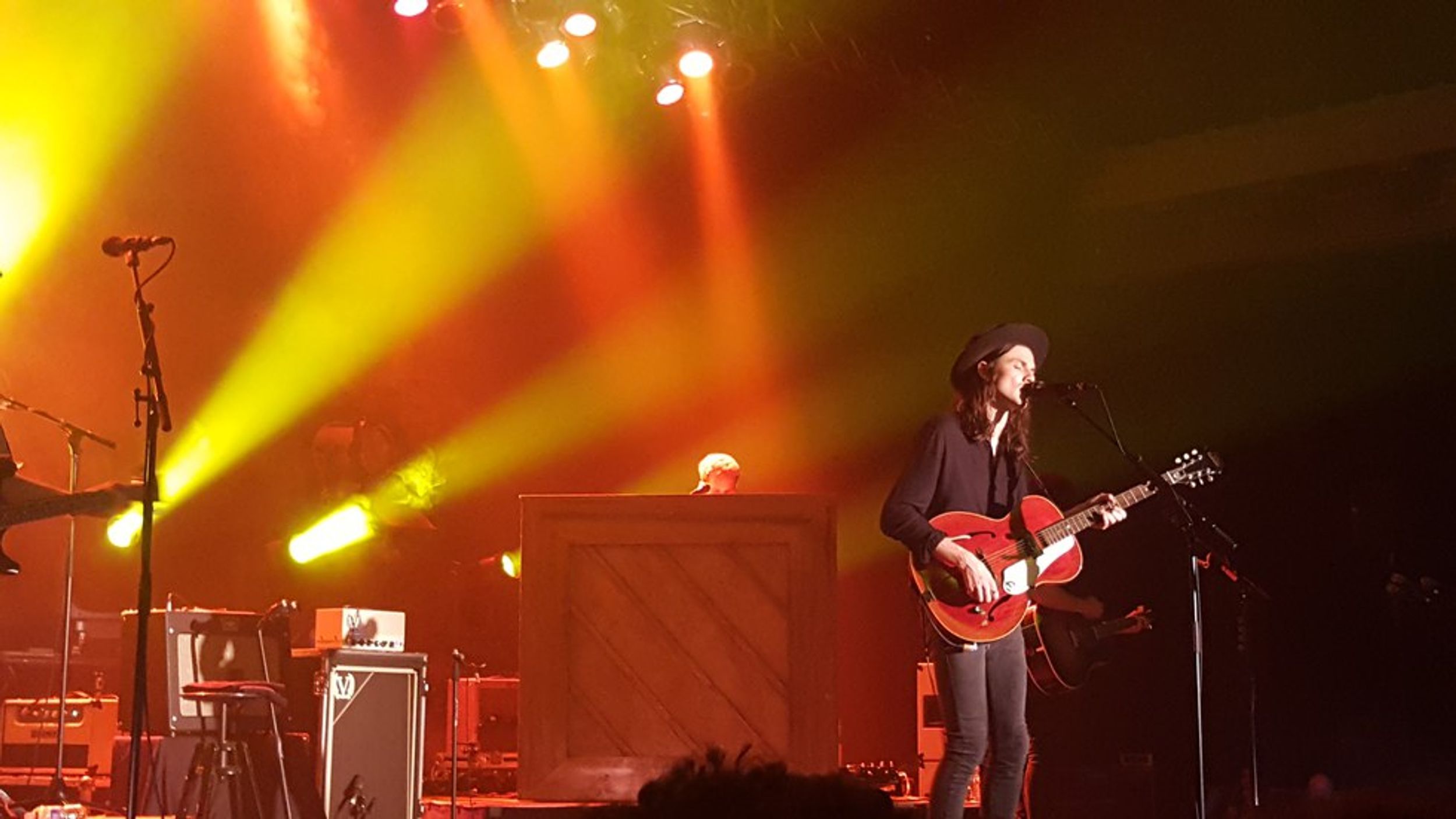 James Bay’s Chaos and the Calm tour made its stop at The Rave/Eagles Club in Milwaukee on Thursday, October 6th and I was lucky enough to be a part of the sold out crowd. It was Bay’s first time in Milwaukee, causing him to express his enthusiasm and gratitude to the crowd throughout the night.

Before he hit the stage, sister trio, Joseph, performed about a 30 minute set. I easily became a fan after their opening song with their powerful vocals and beautiful harmonies. They have recently released an album so the trio performed songs off of it, such as “White Flag,” “I Don’t Mind,” “Canyon,” and “SOS (Overboard).” Their entire performance featured them, a guitar, and a tambourine, making their vocals the focus of their set. The band is incredibly talented and I would definitely recommend checking them out on their upcoming tour.

After about a 30 minute break between the two acts, James Bay graced the stage. Bay’s 14 song set list included every song off of his debut album, “Chaos and the Calm” as well as two covers; Elvis Presley’s “Can’t Help Falling in Love” and Janis Joplin’s “Piece of My Hart.”

Bay opened his set with a flashing light show and amazing guitar solo before launching into his song, “Collide.” It was the perfect opening to get the crowd excited for the rest of the show. He followed up “Collide” with “Craving” before addressing the crowd about how it was his first time in Milwaukee. Bay had various interactions with the crowd, but the most memorable moment was after “If You Ever Want to Be in Love.” He finished the song before saying “I want to do that again, but this time I want it to just be you and me” and he played the chorus of “If You Ever Want to Be in Love” with just him, his guitar, and the crowd.

His set continued on with spectacular light designs and amazing vocals. The whole crowd could be heard singing to “Let It Go” and dancing to “Best Fake Smile.” He ended the set by saying “I hope to see you again soon” before performing “Get Out While You Still Can.” The phrase "soon" really meant in about five minutes after the audience cheered for an encore by screaming and yelling “James.”

He came back on stage and said “we’re going to bring it down, but then will bring it back up” and started his encore with “Incomplete.” After “Incomplete,” he brought Joseph back on stage to perform Joplin’s “Piece of My Heart.” The vocals were outstanding and it was an incredible cover. Bay closed the night with his single, “Hold Back the River.” It was the perfect way to end the show with his powerful vocals and the crowd singing along.

James Bay is an incredibly talented musician and his performance only confirmed that. Every song featured his raw, indie rock vocals and impressive guitar skills. During their set, Joseph told the crowd that “we were in for one of the best rock and roll shows” and I can’t help but agree.