Police officers are once again in the spotlight after members of the Newark PD held a 10-year-old boy at gunpoint. 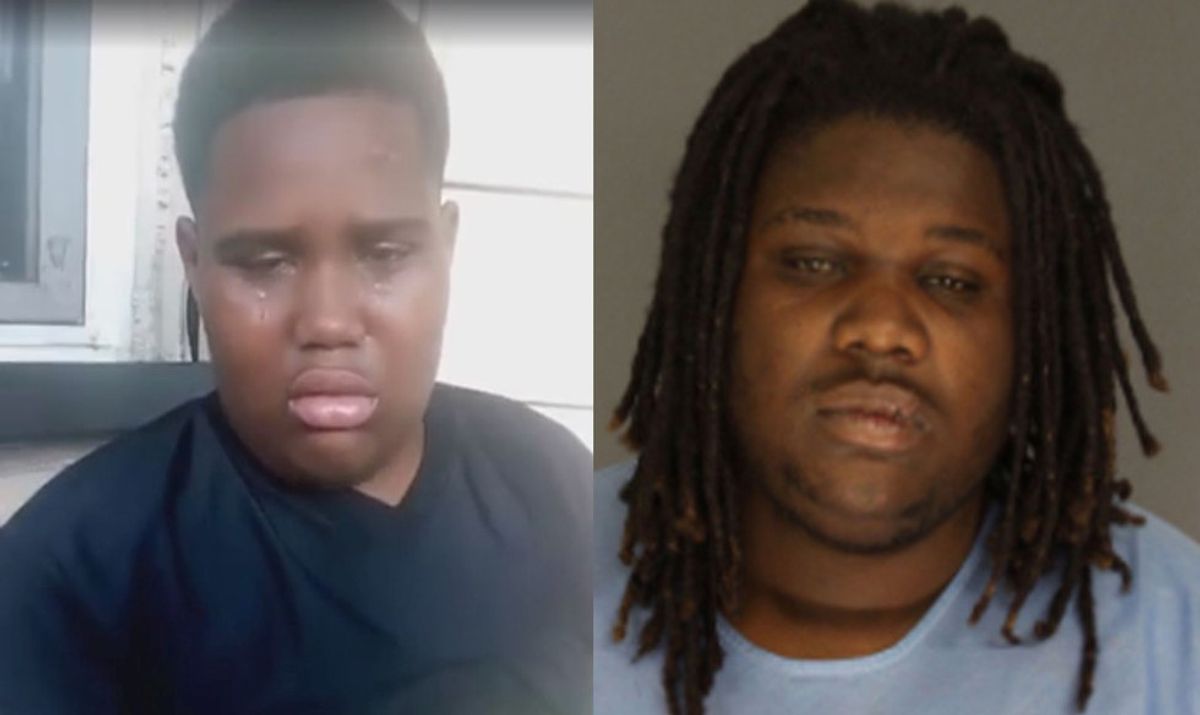 Ten-year-old Legend Preston found himself staring down the barrel of a gun after Newark Police mistook him for a 20-year-old armed robbery suspect.

“I was thinking that they were going to shoot me,” Legend told the “New York Daily News” after the incident. “I was scared for my life.”

The Newark boy was playing basketball outside of his house when his ball rolled into the middle of the street. As he went to retrieve it, local police ambushed him with their guns at the ready, said Patisha Solomon, Preston’s mother.

After being chased and cornered by armed police officers, neighbors and friends quickly surrounded Preston – this human shield being the only thing standing between a 10-year-old boy and several police-issued weapons.

Witnesses intervened to tell police officers that the “man” they were chasing was nothing but a terrified little boy.

The police countered the accusations by stating that he matched the description of the suspect, according to Solomon’s account of the incident, which was captured on a viral Facebook video.

“I was yelling at the police,” said Solomon. “Then one of the officers very smugly said, ‘You want to make a report, go to 32 Green St.’ and kept walking.” 32 Green St. is the address of the city’s municipal building.

It has been nearly three weeks since Preston’s traumatizing incident and his mother remains fearful for what could have been.

“One wrong move, and my child wouldn’t be here right now,” said Solomon. “My son could have a tripped. He could have reached for a toy. They could have done anything to my son and it could have been his fault.”

Preston told WABC-TV that he ran “because they thought that I rolled the ball into the street on purpose.”

Solomon said that while both she and her son have followed the media coverage pertaining to the Black Lives Matter movement, she has never wanted to be an activist. However, after this horrible case of mistaken identity that almost cost her son his life, that may all change.

“What option have they given me but to speak out,” Solomon said. “I didn’t ask for any of this. My prime concern is not for an apology. My concern is reform of this system. I want to see accountability and responsibility.”