New York City Is The City Of Punk Rock
Odyssey

New York City Is The City Of Punk Rock

You ready to start a riot? You're not gonna start anything. 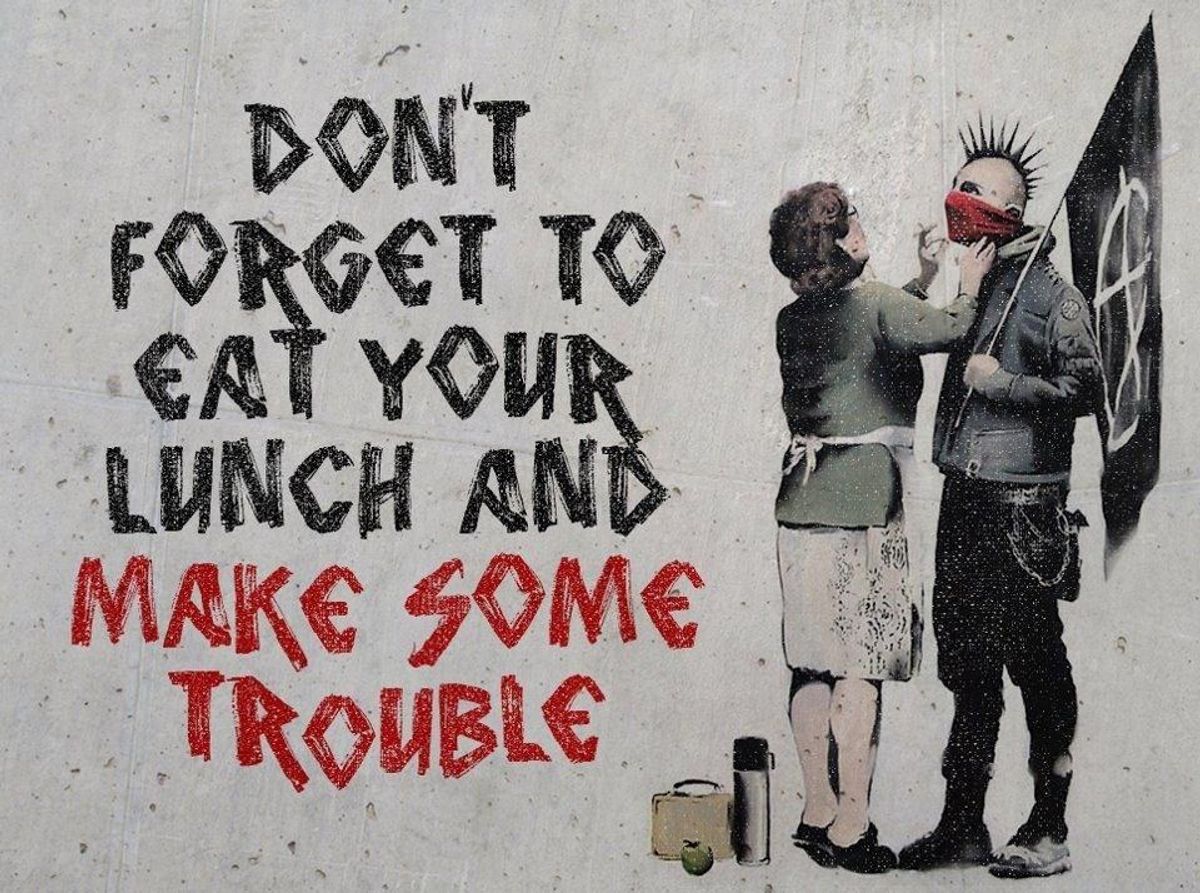 I'm so glad you are all here for me. I don't know what I'd do without you guys, he declared to a subway car filled with people in sunglasses with headphones in, their eyes either closed or staring down at their cellphones. There was no visible evidence that he said it, but he knows he did.

How old are you? He yells across the crowded train car to a beautiful girl in mature black clothing with the face of a 15 year old.

And your friends? Ha! Don't even get me started on your "friends!"

This is called a hidden track. It's four minutes of silence between the good song and the bad song. Embrace it. Take in the sounds, the faces, the ambience. Those creaky wheels and how they work hand in hand with your constant headache to create a symphony of anger, of depression, of boredom. Oh! Someone's smiling at you! Smile back! Ok, it's over. Don't think about it.

You are just slightly too far from the huddled conversation of politics. It would be weird if you said anything from this distance, if you shouted your succinct opinion into the middle of this tight exchange. Plus, you agree with everything they're saying anyway. What could you possibly add?

Please don't push and shove. Technically this a punk rock show but some humans are small and many are fragile. The best way to ensure you create the most pleasant experience for those around you is to once again not express yourself in the slightest. You might have thought you could break that ancient code here in this poorly lit room with like-minded individuals, but you can't. Stay in line.

Show me one revolution started by Bob Dylan. The Sex Pistols were a boy band, masterminded merely to offend and spit on you, and because of them the price of leather was hiked forever. There are multiple overweight 43 year old women whose favorite bands are Green Day and Def Leppard. They have had their picture taken with Billie Joe Armstrong five or so times. He's a sweetheart and he always puts on a good show. He can be a little much at home though, I think. Rise Against wants you to take a stand! For PETA, or something. Fuck the police! We have all come together on this night, in this place, to take a stand. To make a statement. Woohoo! Alright! Now let's dance! Everybody put your hands in the air! And I mean everybody.

Yeah! Alright!
Put your fist in the air, you idiot! You sheep! C'mon, you're an individual! Like all of us! Just look at your crazy hair! It's not even the color of hair!

You ready to start a riot?

You're not gonna start anything.

You're gonna get drunk and fall asleep.

So your subway line isn't running today with no warning at all and you gave the government your money for nothing.

This is a new dance. It's called walk around looking sad, get drunk and punch something.

People stare. Maybe someone asks their friend what you're doing, in hushed tones. Maybe someone semi-discreetly films the whole thing on their camera phone to revel in likes and shares and blips and bloops. But no one ever confronts you, and if a cop finally does, he won't even bother trying to understand.

Don't kill yourself, you idiot! That's exactly what they would want, if they cared at all. Just kidding! Everyone likes you! What are you worried about? Speak up.