New Year New Me; Let's Actually Stick To It This Time

New Year New Me; Let's Actually Stick To It This Time

Listen to Roaring 20s by Pan!c at the Disco while reading 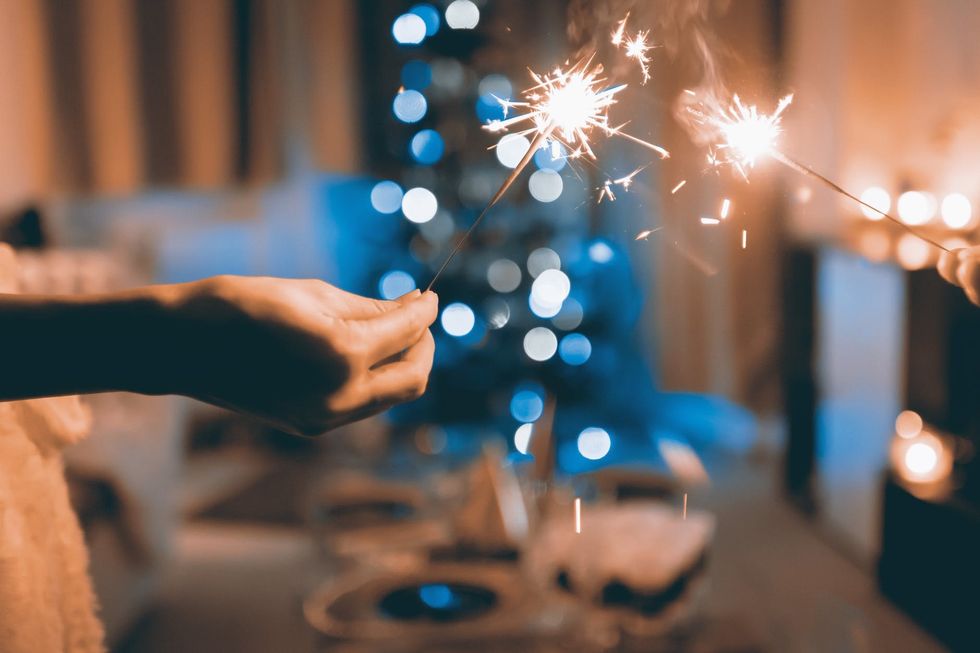 I've struggled over what I wanted to write for this article. I went back and forth over quickly typing out a listicle of resolutions and calling it a night. But that's not me. Writer's block has been kicking my ass since early October, and I haven't been super proud of the articles I had published these last few months. I am a hard worker and my worst critic, I never feel that what I put out is even closer to the caliber I want it to be. This past year I have been my own worst enemy, being inside my head and picking apart everything I do, and myself. I'm not going to sugar coat it and say that 2019 was smooth sailing.

2019 started off with me finally cutting my toxic ex from my life.

I finally let myself let go of a relationship that would never get better. The saddest part was, I felt nothing the minute I let go. He had drained my emotions, and I was thankful at the time, my emotions for two years had been up and down like a rollercoaster. I decided then and there, no more dating for a while. It was time to focus on me, myself, and I. Starting from the bottom with glue and the broken pieces of the woman I had been laid out in front of me. Slowly but surely, I put myself back together into a better version of who I was. A woman who takes no shit from anyone, and the ability to say "no" and not feel bad about this simple two-letter word.

Throughout 2019, I became so close with my friends from school, who I am now privileged to call some of my favorite people in the world. My best friend continued to be my rock throughout my many mental breakdowns over the spring semester. I let myself be open with people and let them see that I was hurting instead of keeping it to myself. I reconnected with my guy best friend of eight years after not talking for more than two years, he lives in Utah now but we're closer than ever. I found two new Emily's to add to my tribe and I love both of them so very dearly (Emily's are the best y'all you need to have at least one in your life).

2019 was a rollercoaster ride, to say the least, and some of it I can't even remember, which means it wasn't that important to be worrying over. Since August 2019 has been looking up, hands down this fall was the hardest semester I've ever had in my college career. It was filled with tears, mental breakdowns, and questioning if this degree is even worth it. I came out on top though, with all A's and one B. Which I was not expecting, it shocked me, I had expected to fail one class and was just hoping to pass the others. I became the event coordinator for Odyssey @ Longwood, which brings me so much joy in planning things for our organization to do and be involved in. I choreographed my first dance for Longwood Company of Dancers and enjoyed getting closer to my other company members. I started working at the library on campus, which directed me towards my path after undergrad. Graduate school for a Masters in Library Science. At the end of 2019, I wouldn't have pictured where I am now. I expected to be in the same dark place I was when 2019 started. That's the funny thing about time, you can't see it but it really does heal a person.

Here at the end, I'm closer than ever with my amazing friends, especially my little trio from home, I wouldn't trade our adventures and experiences for anything. And we've only just begun making memories together. My Odyssey girls, who have now just become my girls, keep me accountable for school and are always prepared for random movie nights filled with Chick Fil A and wine. I'm in a new relationship, happier than I ever was two years ago. I thought I was over dating until he walked into the library and immediately knew my sweatshirt was Harry Styles merch.

This ending to the decade was better than anything I could've thought of. I have my writing groove back, my friends and boyfriend are amazing, and I'm stilling growing as a person. I know 2020 will be an amazing start to an all-new decade of adventures that I can't see yet, and it'll start with the spring semester, which I am hoping will be less stressful than the last. I'm determined to work on myself continuously and not give up two weeks in. Here's to the adventures we have yet to face in 2020, and may they all be a true experience.