NATO And The United States Imposed Sanctions On Russia.

NATO And The United States Imposed Sanctions On Russia.

Lifting those sanctions on Russia would have a historical significance. 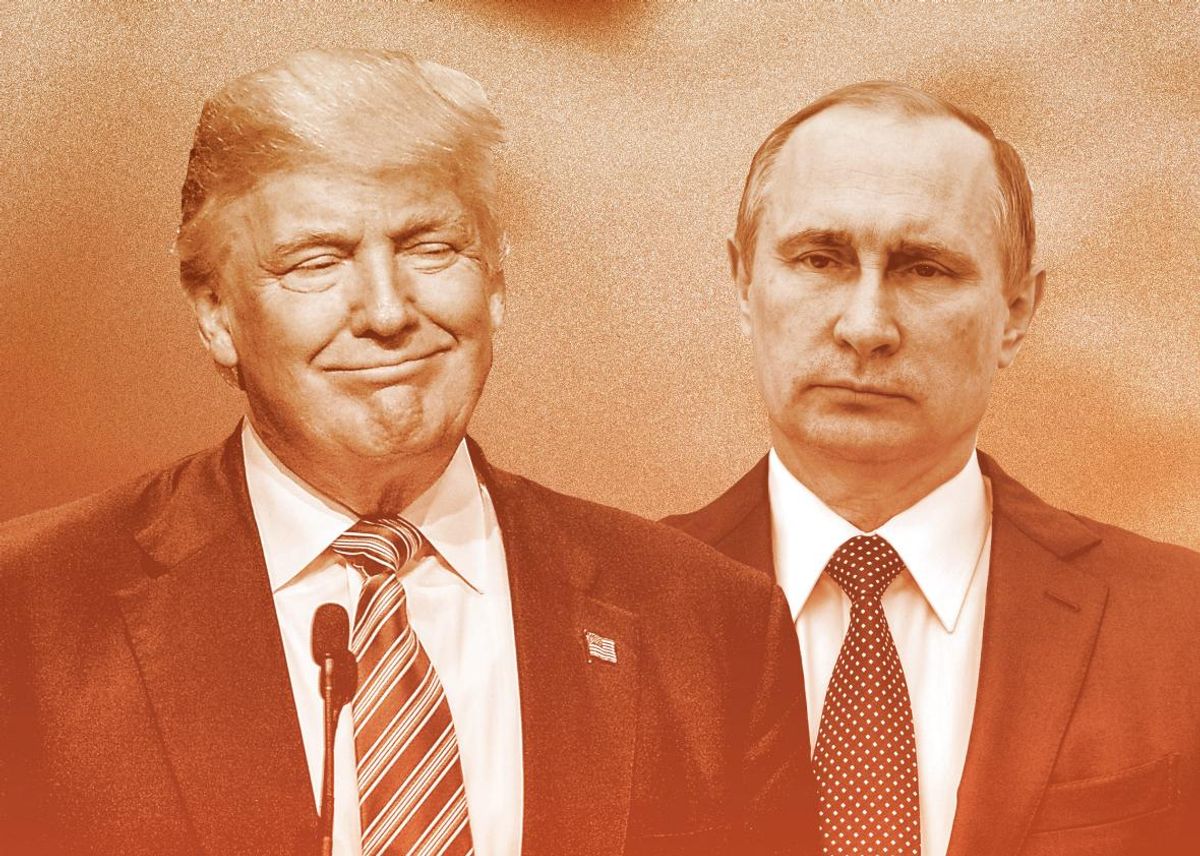 Since March 2014, Russia has been under heavy sanctions by NATO countries. If only NATO could settle its differences with Russia, then lifting those sanctions for the sake of peace and cooperation would be historically significant.

Three years ago, NATO penalized Russia for its alleged involvement in the Ukrainian civil war and for annexing Crimea. The sanctions were put in place to restrict trade, individuals and government officials who stirred up violence and war in Ukraine. They target mainly the energy sector of which Russia is about 50% dependent. By the way, Russia’s GDP contracted 3.7 percent in 2015 because of sanctions and low oil prices, forcing Moscow to make budget cuts.

Recently, the U.S. Congress overwhelmingly passed a new bill that would impose additional sanctions on Russia for its meddling in the 2016 U.S. presidential election. The U.S. Senate also approved new sanctions on Russia for the same purpose. In reality, come on and let's face it. If the Russians meddled in the U.S. election, they are wrong; ironically, they did us a favor because we got Donald Trump as president not Hilary. Oh! Hilary?

It remains to be seen whether President Trump will sign the bill into law as a sign of distancing himself from Russia or will he veto it without fear of being perceived as pro-Russia? According to White House spokesperson, Sarah Huckabee Sanders, Trump would back new sanctions. Shame on Trump if he does!

Before imposing sanctions, NATO should delve deeply into the historical ties that once existed between Russia and Ukraine to uncover the motive behind the alleged Russian actions. Ukraine, formerly, a part of the Russian federation, is strategically vital to Russia, and Crimea was a gift to Ukraine by then President Nikita Khrushchev in 1954. Russia retook Crimea by force because Ukraine was leaning to the West. Also, President Vladimir Putin’s worst fear was to see an eventual NATO's presence in Crimea and Crimea being militarized to Russia's prejudice.

After the fall of Soviet Union, most former Soviet republics became adherent or NATO members. President Putin had no choice but to make some desperate moves not to allow Ukraine right in its doorstep to become another NATO member. With that in mind, the assumption is that Russia created and financed a civil war that could turn eastern Ukraine into a pro-Russian republic that would at least serve as a buffer zone between the two countries.

Let's get serious: Russia has been cornered; NATO troops are everywhere at its threshold; and nearly every sphere of its influence has been compromised. Identically, remember Cuba's missile crisis in the early 60s, Kennedy’s threat of a naval blockade of Cuba and the Bay of Pigs that followed. If NATO leaders compare Cuba back then with the Ukraine's situation today, then they’ll understand President Putin’s position.

The goal of the sanctions is to undermine Russia military and financially. Every post-World War II American administration has tried to weaken Russia so they could gain leverage to the point where Russia would become an imaginary military superpower incapable of fighting a prolonged war. Yes, the world has a unipolar system with the United States at its helm. Nevertheless, one must not underestimate Russia. It is still a very strong military force to be reckoned with.

To further weaken Russia, the leaders of 7 pro-Russian countries were doomed to be toppled and to be replaced with pro-Western leaders. Some were replaced; others weren’t. For example, the West was successful in Tunisia, Libya and Ukraine, but North Korea remains defiant; Iran is not a slam dunk; Syria, thanks to President Putin, is surviving the onslaught.

The West is reliving the cold war era. An ideological war still exists between the two major military superpowers. In contrast, making Russia a cooperating partner in world affairs would yield dividends. While the drums of war are rumbling in Asia, Middle East, Africa and in every corner of the earth, the United States and NATO should not be quarreling with Russia about sanctions. Hence forth, those sanctions should be lifted, and every eye should be focused on something more worthwhile like North Korea, Syria, Afghanistan and other hot spots around the world.

One must note that during the recent United Nations Security Council meeting on North Korea, Russia and China voted in favor of imposing sanctions on Pyongyang, even though Russia itself is severely being punished by the West over Ukraine. With sincere cooperation with countries that American and NATO leaders perceive as enemies, terrorism could have been better dealt with and world peace could have also been achieved as never before.

President Trump, indeed, promised in his presidential campaign to work with Russia and the rest of the world to redeem the American image. However, the question is, has he sold out to the Deep State? Or has he overpowered it as to emulate President Kennedy and to go even as far as accepting Kennedy's fate for the sake of fulfilling his campaign promises and his presidential duties? History will be the judge.

The sanctions imposed on Russia are of political nature, not purposefully for wrongdoing. Passively, the United States has done ten times worse than whatever Russia has been accused of. Down with imperial bullyism! The political game of tit for tat must end.. NATO countries, lift those sanctions and sit down with Russia so that together you could rebuild a world of peace and harmony.