What a day, a day for one of America's favorite treats, brownies. 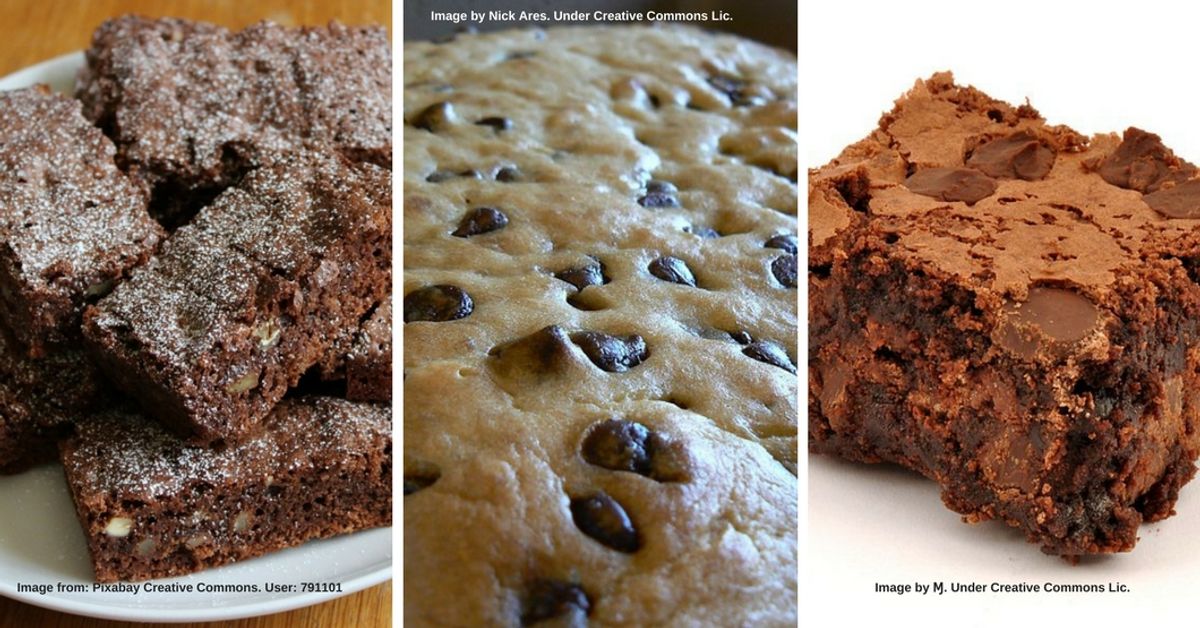 It’s that time of year again when families gather in the kitchen and gather up eggs, flour, sugar and other ingredients to mix in a bowl and pop in the oven. Children watch through the oven window, and the home is filled with the smell of freshly baked brownies.

I know what you are thinking, “Whoa! Brownies? Can’t be. The home is filled with the smell of Christmas cookies, fudge, pudding, and mince pie.” Well, you’re right, but there is one difference. December 8th is a special day; it’s National Brownie Day. That’s right, a day for brownies.

How ‘brownies’ became an important treat in our lives is up for debate.

Per Palmer House Hilton Hotel in Chicago, Illinois, brownies were created by the chefs of the hotel in the late 19th century. Bertha Palmer, the wife of Potter Palmer, wanted a special dessert for the Women’s Pavilion. The dessert made its debut at the 1892 World’s Columbian Exposition. The recipe is said to still be in use today at the hotel.

In an 1899 cookbook, “Machias Cook Book,” there is a recipe for a “Brownie’s Food” submitted by Marie Kelly of Whitewater, Wisconsin.

The Service Club of Chicago’s 1904 “Service Cook Book,” there is a recipe for “Bangor Brownies,” on page 68.


Per The Nibble, brownies may have been created in the United States by a woman named Fannie Farmer. She reworked her cookie recipe in 1905 to create a cookie bar AKA Blondies. But Fannie created a recipe prior to 1905, in her 1896 “The Boston Cooking-School Cook Book,” on page 424, there’s a recipe for ‘Brownies,’ and in the instructions, she calls the brownie a cake. In Fannie’s 1906, “Boston Cooking-School Cook Book,” on page 495 there is a recipe for chocolate brownies. Fannie is a pioneer in the world of cookbooks and nutrition. She changed how Americans prepared their foods by using standardized measurements in recipes and proper use of sanitation techniques.

In an 1898 issue of “Kansas City Journal,” there is an advertisement for, Emery, Bird, Thayer and Company store, “Chocolate Brownies, regular price 20c pound, for 15c.”

Per Jessie Oleson Moore, in the book “The Secret Lives of Baked Goods: Sweet Stories & Recipes for America’s Favorite Desserts.” In 1907, Maria Willett Howard changed Fannie Farmer’s Blondie recipe by adding an extra egg and chocolate. The addition made the brownies richer.

As for the name, “Brownies,” that is also a mystery. Per Mental Floss, the chances are the name came from Palmer Cox’s book “The Brownies Their Book” which was published in 1887.

Whoever created the brownies probably did not know what they had and was unaware what the future held for such a sweet. The brownie is not a cake, yet not a cookie, but something in between. Crisp on the outside and chewing on the inside.

How to celebrate National Brownie Day.

Some recipes for you from friends and family:

A bag of Oreos.

First: Preheat the oven to 350 degrees.

Bowl Three: crush up (or not) your back of Oreos.

First: pour half of the chocolate chip cookie mix into one of the 9 x 9 baking pans and spread evenly. Repeat with the second baking pan, with the remaining batter.

Three: pour half of the chocolate brownie mix over the Oreo layer in one 9 x 9 baking pan and spread evenly. Repeat with second baking pan, with the remaining batter.

If the brownies are not done in the center, give them another five minutes. Keep checking until they are done.

What two ingredients would you use to top the bottom layer:

Preheat oven to 350 degrees. Grease 9 x 13 pan. In a large bowl stir cocoa and baking powder. Blend in hot water until mixture thickens. Stir in oil, eggs and sugar, mix well. Add flour and vanilla. Add chocolate chips. It should have no lumps. Spread in pan. Bake 30 to 40 minutes until set in the middle. Submitted by Amber Manus.

My lovable nephew, Kenny Knetzer, told me how he does his brownies. He buys one of the box brownie mixes. He creates his brownies by following the instructions on the box. Halfway through the baking process, he pours a cup of melted peanut butter over the brownies. Then he finishes baking them.