Because his character development is the best ever 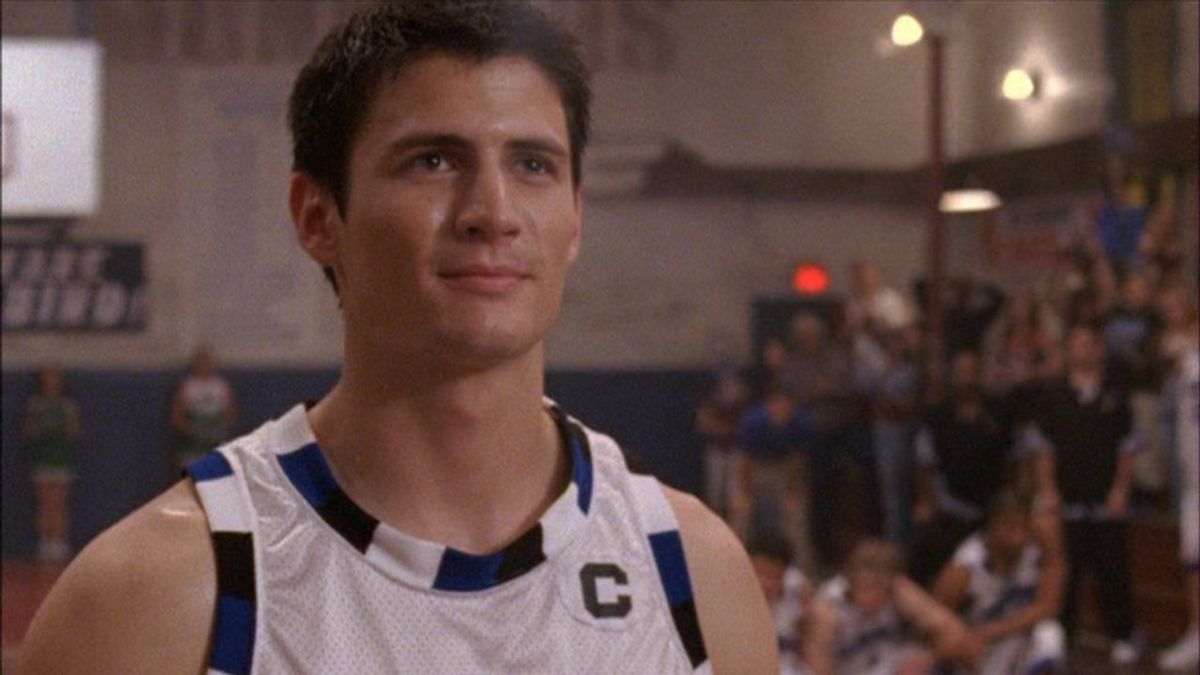 If you're like me, a college girl who is currently binge watching every show on Netflix, then you've probably seen One Tree Hill. I'd like to say that upon watching the first episode that I was hooked, but that was not the case at all. It took me 5 months to finish the first season when usually it takes me less than 5 months to finish a whole series. The first season took me so long for two reasons: it was incredibly boring, and I despised Nathan Scott.

Anyone who knows me now will tell you that I love Nathan Scott -- like seriously, why isn't he a real person? But at the beginning of One Tree Hill, I hated him. Granted, I was blinded by my love for Chad Michael Murray and that love was cast upon his character Lucas. I hated Lucas' evil half-brother Nathan simply because he was an asshole. A giant asshole. I mean, who could blame him, though? On the surface it looked like he was living the life; but in reality, he had an absentee mother and a manipulative, overbearing father who was living his failed basketball dreams through him. All of that was reflected in Nathan's personality. He was self-righteous because he was treated as a basketball god. He was full of himself, hateful and simply unbearable to watch. But then, he fell in love, and that asshole was less of an asshole, and, under all that tough MVP basketball player persona, was an actual person.

To say Haley is responsible for all of that would be overstepping. But to not give her any credit would be wrong altogether. Haley showed Nathan what true, unconditional love is and that it isn't something you should have to compete for or constantly have to prove through unrealistic expectations. Nathan at the beginning of their relationship is the arrogant asshole but as he puts his pride aside and lets himself actually love someone other than himself, you see him grow as a person and in his character.

Nathan's character development is by far the best of any character on any show ever. Nathan transforms from an egotistical jerkwad to a caring, loving, in-touch-with-his-emotions father. While he still has his moments -- like when he freaks out when Haley tells him she's pregnant and he doesn't talk to her -- his love for Haley transforms him as a person.

He went from being a bully and too-cool-for-school jock to putting his basketball career on the backburner to make his family his top priority, something season 1-3 Nathan would never do. Maybe I'm just so smitten by Nathan because let's face it, James Lafferty is HOT. Like seriously if he's 31, I'm 31. But is there anything sexier than a man in love? But wait..Lucas was in love too, many times. Lucas however, started out as the delicate little butterfly. He had everyone's sympathy vote, but then he took that and he ran with it and suddenly, he was the asshole. His character development took a decline and after he cheated on Brooke with Peyton for the 500th time, I decided he was scum and Nathan was like gold at the end of a rainbow.

The way Nathan loves Haley is the kind of love I can only dream of. He is a real man, for God's sake. He willingly paid Chris Keller to work with Haley because she loved music. His love for her overcame his insecurity that she'd pick Chris Keller again. While Nathan still has his badass fighting moments, he has changed. It might not have been exactly when he fell in love with Haley, because even though she definitely ignited some change within him, he still had a far way to go. But he loves Haley unconditionally and he shows that. He diminishes her fears by reassuring that she's the only one for him even after psycho nannies and affair rumors. He works hard so his wife and family know that they have his all and that he'll always provide for them. It's admirable and realistic, even though some of the things that they go through in the show aren't always so realistic.

I think that we can credit his development to the series of tough breaks that he faces as a character. For example, in Season 5 when he's wheelchair bound and a very less than good father to his son, he's back to old teenage Nathan: wallowing in self-pity and getting drunk instead of actually dealing with his problems. But thanks to Haley and her constant nagging in typical Haley fashion, his love for his family pushes him to try again. Not only his love for his family but his love for his game, basketball. He turns his whole life around while still having his old spunky edge; but he becomes a loving, amazing man. That's something we can all admire. His perseverance with his love and his reclaim to his title as basketball god is charming. But I think why liking Nathan is so easy is because having someone like him is realistic and attainable. Although married extremely young, Nathan and Haley have a laidback, ride or die love, literally. It's enchanting and it makes me feel okay being single because, like Brooke said, they make it easy to believe in true love.