Hey, I know this guy, His name is God, you should meet Him. 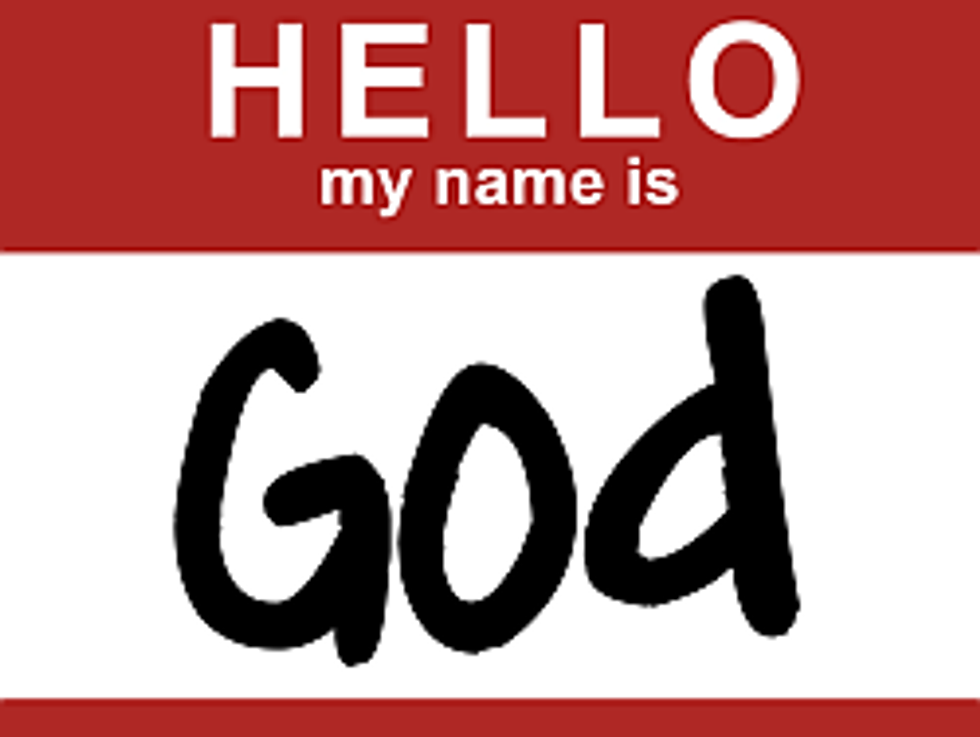 I admire people who always talk about God. While I do my best to bring Him up in conversations, sometimes it is extremely difficult. I mentioned in one of my earlier articles that some people are vehemently opposed to the idea of God. But a few bad apples should not ruin the bunch. Sharing God's good news with people is one of the best parts about being a Christian!

Honestly, this is an issue I have struggled with for a long time. Bringing up the issue of God with someone who is strongly opposed to Christianity or organized religion in general can be counterproductive. Getting into an argument will never make us as Christians look good. It will just make us seem like just another Christian trying to force our beliefs on someone, and that is something to avoid at all costs. Almost every time I have debated someone about this, it has gone poorly. Convincing anyone to change their mind is so, so difficult. Yet, failing to do so could mean missing an amazing opportunity to bring the love of Christ into a new person's life.

This is quite a quandary, I must admit. Ultimately, I think it boils down to one question; are there individuals who are beyond redemption?

As a Christian, I immediately say no. I believe this with all my heart. God loves all of us, as we are His prized creations. God's love for us is a core tenant of Christianity, and because of His immense love for us, God sent his son Jesus Christ to earth to die for our sins. But at the same time, we are not God. We are not omnipotent, omniscient, or omnipresent.

What does this mean?

Well, for one thing, it means we don't have unlimited resources. Christians need to be intelligent about how we spend our time. While it would be great to debate Christopher Hitchens, intellectually destroy him and his arguments, and convince him to accept our religion, this probably is not going to happen. This is hyperbole obviously, as Christopher Hitchens passed away nearly a decade ago, but my point remains unchanged. In fact, it would be nearly impossible for me to go to the middle of San Francisco and persuade anyone to accept Jesus Christ as their Lord and savior, much less a skilled debater like Christopher Hitchens. I would propose that for most of us, our time is better spent acting in the image of God. Carrying ourselves in a way that reflects well upon God and Christianity is much more realistic for someone like me.

While this method may not be glamorous, it is effective. Actions speak louder than words, and it is important to remember. This is something I need to work on in my own life, and in my relationship with God. I am frequently wishing for immediate results and instant gratification. Unfortunately, this is not how the world, nor how God works. Gaining a verbal commitment from someone to convert to Christianity is not the same as helping them develop a relationship with God. In fact, someone might tell you they will convert, but nothing will ever come of it. If I were to tell you to take one thing away from this article, it would be that good things take time. God is infinitely good; therefore, He is deserving of infinite time.