My Transition Between College And Grad School
Odyssey

My Transition Between College And Grad School

Change is never easy, but it is always necessary. 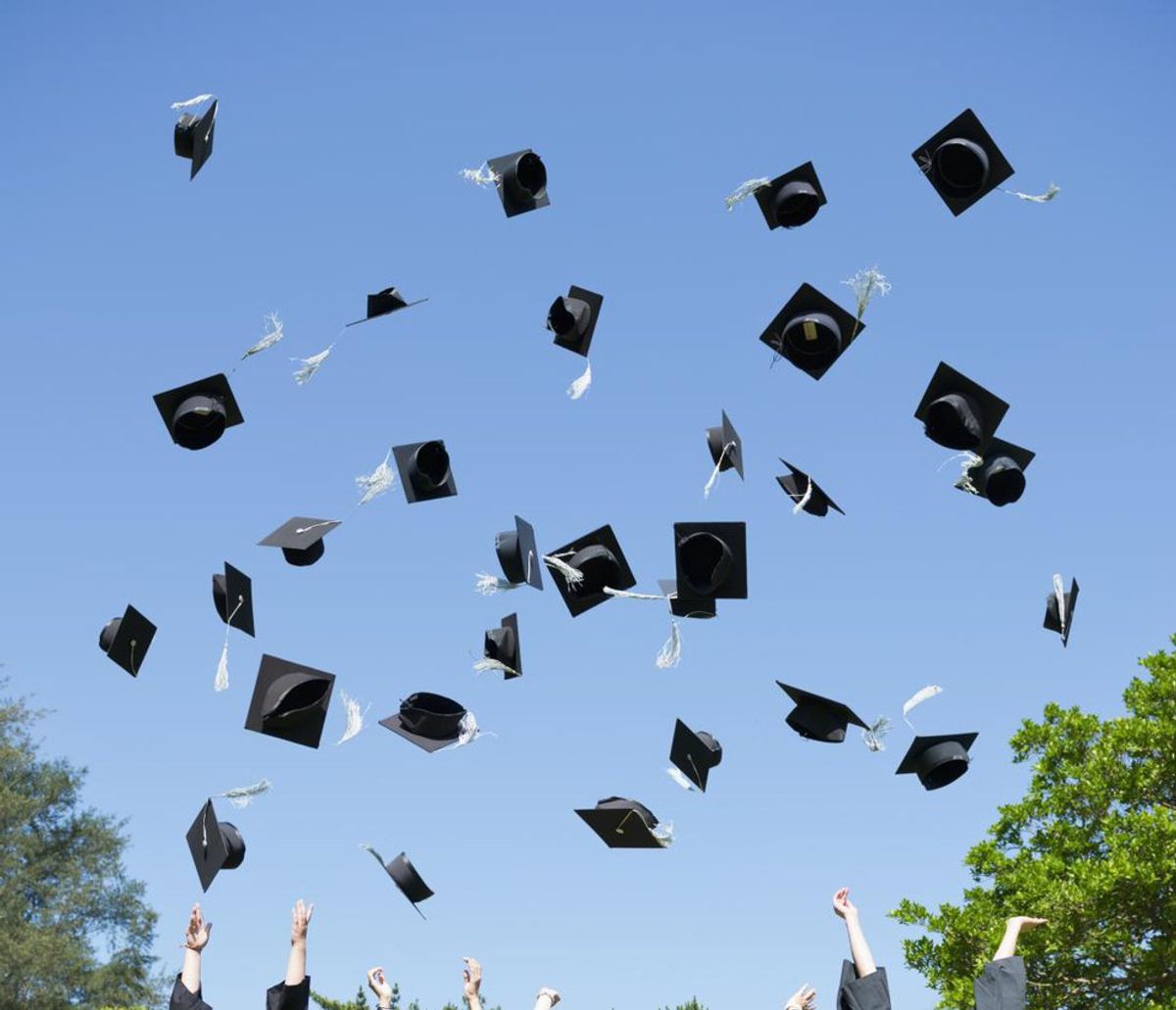 In a matter of months, my life changed from certainty and monotony to a flurry of new plans, big ideas, and disconcerting realities. As a senior in college, I knew things were coming to a sharp halt and swift close, but the idea of such a significant life change didn't hit me until much later than I had expected.

As soon as fall semester 2015 began, I was looking ahead. Eight months in the future, I'd be walking across a stage in front of thousands of jubilant parents, siblings, and friends. Though I was excited for the magic and intensity of that moment, I was equally as unprepared for what was to follow.

Over the course of the next few months, I strategically planned out the next two and a half years of my life. I knew I was going to go to grad school, but didn't know where - or how. (There really should be more resources available to students considering grad school; I had to figure everything out on my own and with my friends). I made it my goal to finish my final two semesters on the Dean's List, spend as much time as possible with my friends, and solidly develop lasting relationships with the professors I admired most.

After having applied to three schools in Chicago, and subsequently reapplying to the college I was about to graduate from for their graduate program, I felt a certainty that if (no, when) I got in to my current school's grad program, I would be able to continue working at my on-campus job as a writing tutor, continue singing in choir with my favorite professors, and continue growing my relationships with English professors I had gotten to know over the course of the past four years.

Little did I know life would have other plans for me.

Once I thought I had figured out all of the little details and decided upon where I'd be heading the following fall, the remaining months blurred past.

When I got the news in March that I hadn't been accepted to my now alma mater's graduate program, initially, I was heartbroken. I had been planning out the next two years of my life around the sense of comfort that I wouldn't have to alter my life much, if at all, because I'd continue going to the same school I had built a life in and around. Instead of dwelling on what might have been, I promptly submitted my acceptance of another grad program in the city and began to re-imagine the next two years of my academic career.

Again, time seemed to fly by as the days grew longer, but my time in undergrad grew shorter. Comfortably calm with one month until graduation, unlike most second-semester seniors, I thought I'd have been overcome with anxiety about leaving the metaphoric nest.

I couldn't explain why I felt so at ease during one of the most critically important times in my life, and didn't understand why I felt so unperturbed, but I wanted to take that feeling and run with it.

Maybe it was because the future didn't feel real, or maybe it was because I was content with my choice of graduate program and knew I had no more planning to do. Whatever the reason, I was seemingly sure about how the next part of my life would play out.

In actuality, however, I had four weeks to pack four years of knowledge, activities, and relationships into lasting memories I could take with me to grad school.

The final week of my undergraduate education came to its end and I began to feel the cold hand of change grip its bony fingers around my neck. My anxiety became glaring and suffocated me with the awareness that there was no way to go back four years and turn back time.

As dramatic as it may seem, I had never felt this sense of companionship or love from an institution or group of people in my life prior to college. I honestly didn't care about leaving people in high school (and I basically don't talk to anyone from there anymore as it is), but leaving college meant entering what we've come to know as the real world. I don't think many recent grads are prepared to enter the real world, and I knew I was certainly one of them.

After graduation, I felt a disconnect while preparing to transition from undergrad to grad school. I didn't want to leave my friends, professors who had deeply impacted my life, my choir community, or my on-campus job where I had worked for three years with so many wonderful people.

I constantly battled with myself between the certainty of the past or the uncertainty of the future, but during this summer, I had the luxury of experiencing life as an adult in a way I had never had to before; because of these experiences, I was able to mature in a way I hadn't had to pre-graduation. I had my first set of real interviews, both via phone and face-to-face. I got not one, but two new jobs that I never would have sought out had I continued attending the same college and staying in my comfort zone for the next two years of my life. I was catapulted into the real world, maybe a little against my will, but it ended up being the best year of my academic career and life so far.

I won't lie and say that I'm now immune to change, or that the idea of new beginnings doesn't still intimidate me, but I am so much more accepting of new opportunities with an open mind and heart.

Emmaline B
The Narrative
58195
https://unsplash.com/photos/O0T1SIgHAfM