Dear Open Letter, I am so over you. 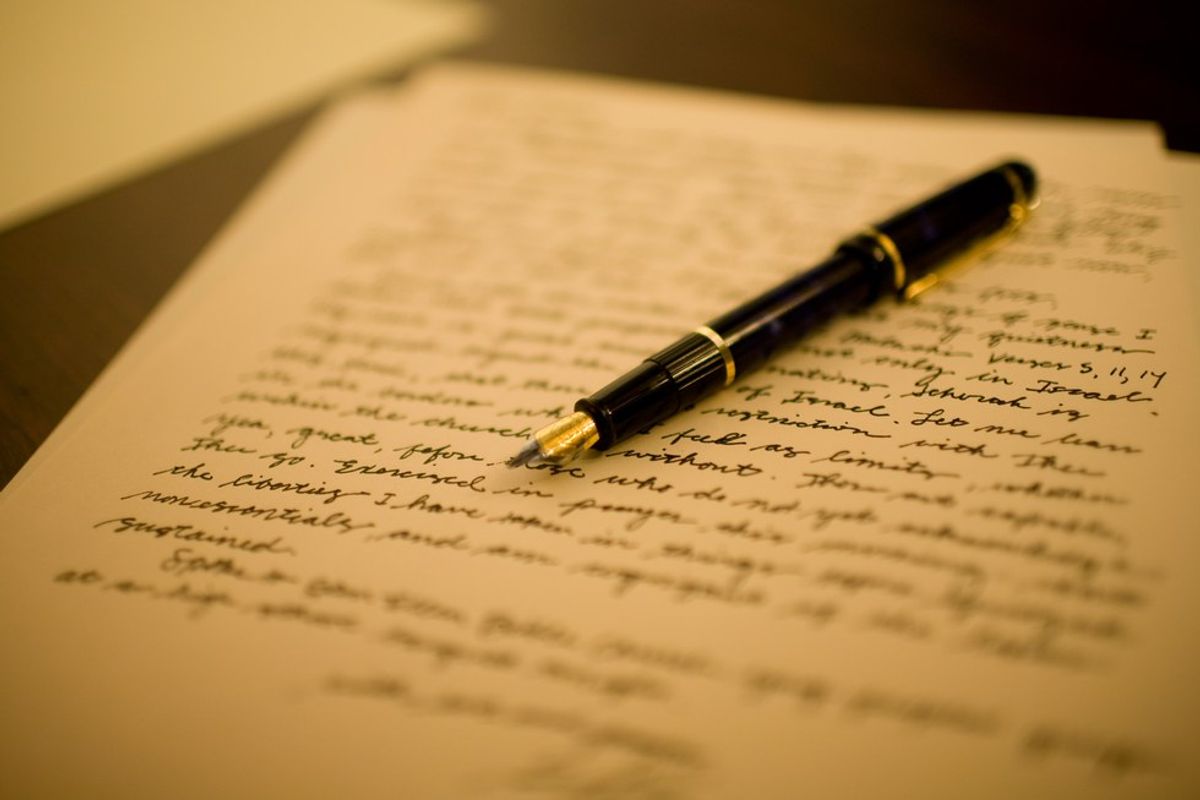 If we're being honest here, I was never really into you. I'm still struggling to understand how this craze and fascination everyone seems to have for you has carried out for this long. Here, let me explain.

At first, I sort of got it. I remember scrolling down on my Facebook wall and seeing some Open Letter from a parent to a child, and I clicked on it. It was sweet. Vulnerable. A powerful imagery of love that I could see resonated with many.

After a little while, though, you started making a regular appearance on my wall. I found myself reading the titles given to you and feeling content to keep on scrolling. I had read a few, I'd seen it all. Then when I read the Humans of New York's letter to Donald Trump, I thought I'd give you a second chance. But alas, my enthusiasm for you was smothered once again.

You had become a quick format for people to complain, rant or flaunt some relationship or opinion that I didn't ask to hear. Don't get me wrong, I appreciate vulnerable writing, I value when someone pours their heart out on a page—God knows that's all I do—but if someone is going to write a letter, at least make it eloquent, not just relevant.

It seems to me that you're really just verbal vomit on a page. I want more than this from you. I want to be surprised by how angry you make me or, if you are going to be used to be blatantly superficial, it should be done so with a cynical or satirical lens. Point is, I want my brain engaged. Besides, anyone can verbally vomit, and anyone can engage people's emotions, it's not that difficult.

With all this said, I do not want to put the blame on you, dear open letter, for how people have mistreated you. You have potential, you really do. So I would like to take this opportunity to instead thank you for one aspect of yourself that I admire: you have gotten people writing letters.

The lost art of letter writing has been brought back to the light, thanks to you, and no matter how poorly written they may be, it's enough to see letters circulating once more.

As most young, typical strong-minded women fascinated by literature do, I love Jane Austen. This period of history fascinates me, and as romanticized as it may be, I find myself looking back lustfully on the days when someone would slave over a letter for a loved one, or for a friend far away.

I want to see letters how they were meant to be: intimately and exclusively shared between the sender and receiver. I would like to see people motivated to sit down and write a letter that won't be on display. And I would most certainly like to see someone sit down and write a letter just for themselves, perhaps write down their opinion in letter form and mull over it, correct it, form it. And then never choose to share it.

I know. It's a groundbreaking thought.

Moreover, there's something secretly delicious about a hand crafted letter, something beautifully rare and nostalgic. I wish we had more of this quiet isolated letter writing, and less of this hyper aggressive megaphone writing that has turned me so completely off to you. Maybe I haven't quite given you a chance.

You aren't all that bad—but don't start counting me in as one of your fanatics.