I Was Afraid To Admit It, But My Journalism Major Scares Me

I Was Afraid To Admit It, But My Journalism Major Scares Me 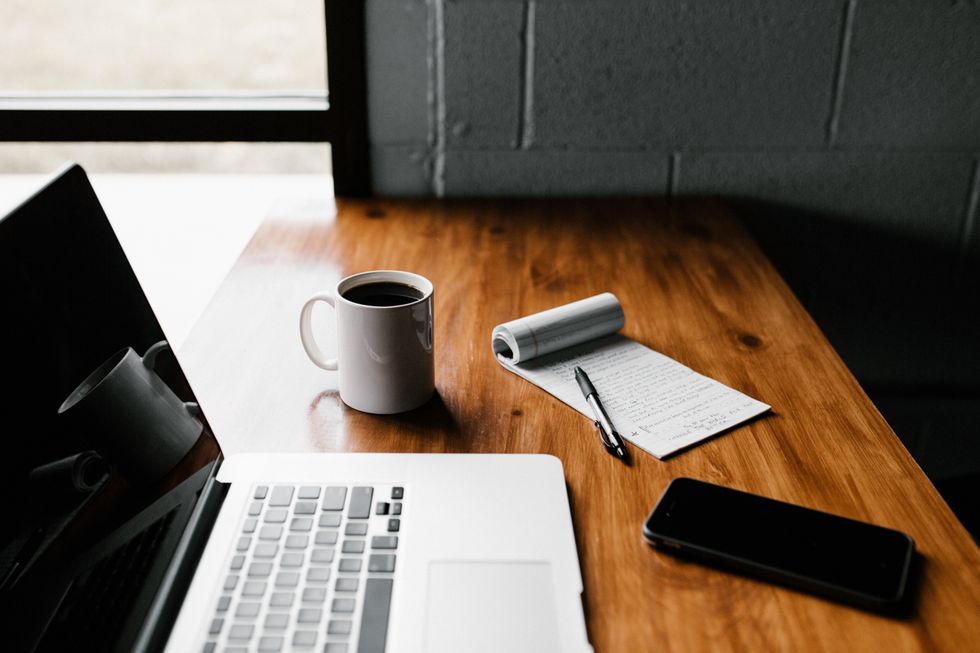 I am so confident in what I want to do for the rest of my life.

I've never had to question my path to getting there and I've never gotten fed up with it. I've never wanted to quit or switch because it wasn't exactly what I expected. I get everything I want out of my curriculum and professors. Because I do take it incredibly seriously, my expectations are high and they are always exceeded.

With that said, it scares the hell out of me.

Being a person of the media has me petrified, but that's part of why I get so into it. I tend to chase after all the things that freak me out just to see if it's really that bad. And usually, they're not.

There are fears of picking a major solely because I enjoy it. It's scary to think I'm relying on my own entertainment for paying the bills until retirement that may never be possible. They're the kind of fears worth chasing after for the next forever.

But one particular conversation is what scared me about my major more than anything else.

I was at work and a woman asked what I was studying. Of course, I said "journalism" with a bit of excitement in my voice. I was half expecting her to have a response like almost everyone else. Something like "oh, well what would you do with that?" That's a fair question since we're always made to believe it's a dying field. But, no. She made a pretty terrifying statement.

"Lord! You're gonna come out of there crooked."

Then she went to have a conversation with a stranger about all her issues with politics and that's when I realized what she meant.

All I could mutter was a quick, "Uh, OK." Because that was a first.

I know I'm not preparing myself to enter the most honest profession, but the majority of what I've learned over the last two years is how not to be a victim to the media. To make us competent, honest professionals, journalism students are taught how to find facts, remove bias and prevent ourselves from being fooled by everything out in the world the way an average person would be.

The part that scares me about that one conversation is not that I will come out of college crooked, but that people have all these preconceived notions regardless of what kind of journalism I do.

There are no boundaries for what journalism students could do and yet there's this apparent worry that we'll all be producers of media that is of the political enemy. I could tell that women saw MSNBC news anchor or "Washington Post" editor written all over me when I said the word "journalism."

And this small, southern woman with the "Can I speak to the manager?" haircut and stale attitude shouldn't have affected me, but it did.

However, somewhere between having that little conversation and now, my outlook on it completely changed. Like with everything else that scares me, I go after it. I'm more so chasing the idea of proving that stranger wrong. I can work that much harder on not being "crooked." I'm not completely certain I know what that means, but I'm dead set on it.

It'll keep me on my toes and should make things even more interesting.

career development
Report this Content
This article has not been reviewed by Odyssey HQ and solely reflects the ideas and opinions of the creator.