My Friends And I
Odyssey

My Friends And I

Just about three of my friends and what I want for them. 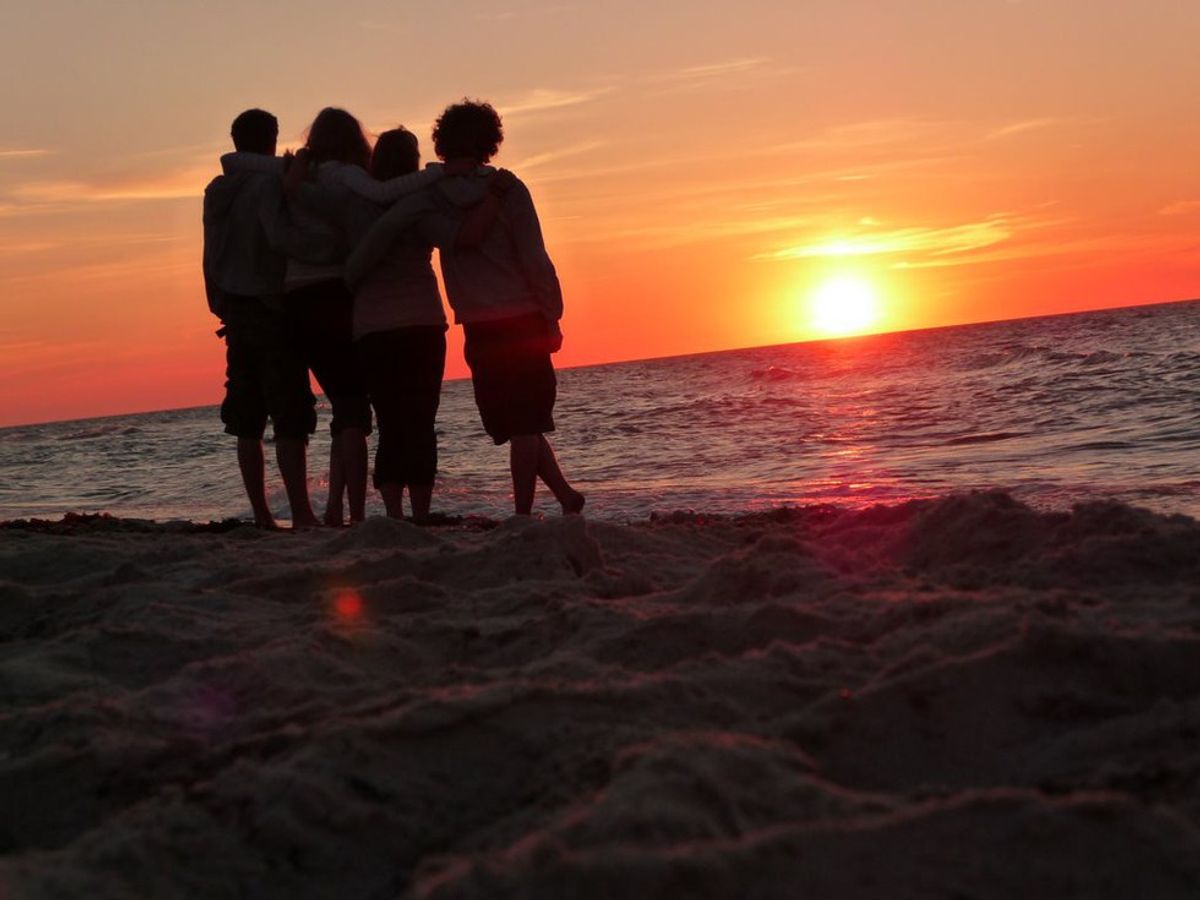 I'm a fairly friendly person. I have quite a few friends, but only a few very close ones whom I care about very deeply. I like to think that they know just how much I care about them and I try to make sure they're aware through the things I try to do for and with them. Life brings you a lot of people and with those people come unique experiences and feelings.

A close friend of mind doesn't see his worth. He only judges himself based on what other people think of him. Unfortunately, that means he's basing himself on the opinions of his ex girlfriends. He assumes he's a terrible person and that if they break up with him, or the relationship doesn't work it's because he's a terrible person and that he must not be worth the time. It hurts to watch him think so little of himself.

He was going to kill himself because of this. He had a date planned out and somehow I convinced him not to. He's doing better now but I just wish he would take opinions that actually matter. What would be even better than that is if he stopped caring what others thought and just became who he wanted himself to be, not what he thinks others want. I know it isn't that simple, but oh how I wish it was.

He considers me his best friend though I know I certainly don't deserve it. I just want what's best for him and I wish he could see it for himself.

Another friend of mine is a very independent person. She lives on he own and supports herself and she's already graduated college. She's getting ready to move herself out of the state and I'm proud of the person she is, even though I've known her for a little more than a year. She's a complex person and I'll admit that I'm still trying to understand her and know her completely.

At first I didn't like her very much, I didn't talk to her or really associate with her. Now we're really good friends and I'm very grateful that we are. Getting to know her and be her friend has been amazing.

I'm not certain about her past. There's a lot she doesn't tell us outright, but there's enough evidence to kind of put some of the pieces together. Things haven't always been easy for her. One thing that's clear without her telling us is the scars that cover her legs. She doesn't really ever wear shorts, occasionally capris, but she's very self conscious about it form what I can tell. I think she'd just rather not have people ask or stare and I can understand that completely.

She also struggles a little with self-worth, though I don't think it's as bad as it once was. I just don't think she knows how much she really means to us. I wish she could see how kind she is and how much she helps all of us. She's an amazing person, one of the best I've ever met, yet she doesn't see it. She is an inspiration to a lot of us and I look up to her.

I so badly want her to know how much she means to us. I wish she would accept and realize that she's a better person than she thinks she is. I want her to realize that despite all of her flaws and mistakes she's still worth loving and being with.

I hope someday, when she finds someone she wants to be with, she'll realize all of this. I hope that person traces every one of those scars she has and tells her that they're beautiful because they're a part of her, no matter why or how they came to be there. I hope she just finds happiness. She deserves it.

This last friend moved away from me a year ago. Our friendship started when I complimented her shoes when I walked into the choir class she was in. I never could have imagined in that moment that such a friendship would come out of a simple comment. She taught me a lot, showed me new things and helped me learn about myself in new ways.

I was sad when she moved. Of course, I never imagined that she'd leave me and when it actually happened it was hard for a number of reasons. We used to be close. Now she hardly even talks to me. I miss her. I just miss talking to her, I miss seeing her, I miss knowing how she's doing.

She did tell me how she was doing, once and she wasn't doing well. Things were kind of hard for her, though she said she was managing it alright. I hate knowing that she's having a hard time and that I can't help her. She knows I love her and miss her but I wish so much that I could just spend a day with her.

I don't tell her how much it hurts that she doesn't talk to me much. I don't want to make things harder for her. I believe she has her reasons. I just hope things go well for her, wherever she ends up and I truly want nothing but goodness for her.

Relations don't always work how we want them, they don't always go to plan. But we can learn from them and in learning we can grow. Don't be afraid to connect to people, even if there's the risk of getting hurt. It can be the best thing you've ever done in your life.