Have You Ever Met Someone Who Made Everyone's Life Better?
Odyssey
CurrentlySwoonLifestyleHealth & WellnessStudent LifeContent InspirationEntertainmentPolitics and ActivismSportsAdulting
About usAdvertiseTermsPrivacyDMCAContact us
® 2023 ODYSSEY
Welcome back
Sign in to comment to your favorite stories, participate in your community and interact with your friends
or
LOG IN WITH FACEBOOK
No account? Create one
Start writing a post
Entertainment

Have You Ever Met Someone Who Made Everyone's Life Better?

Meet my friend, Chad Brandon. There's no one like him in the whole world. 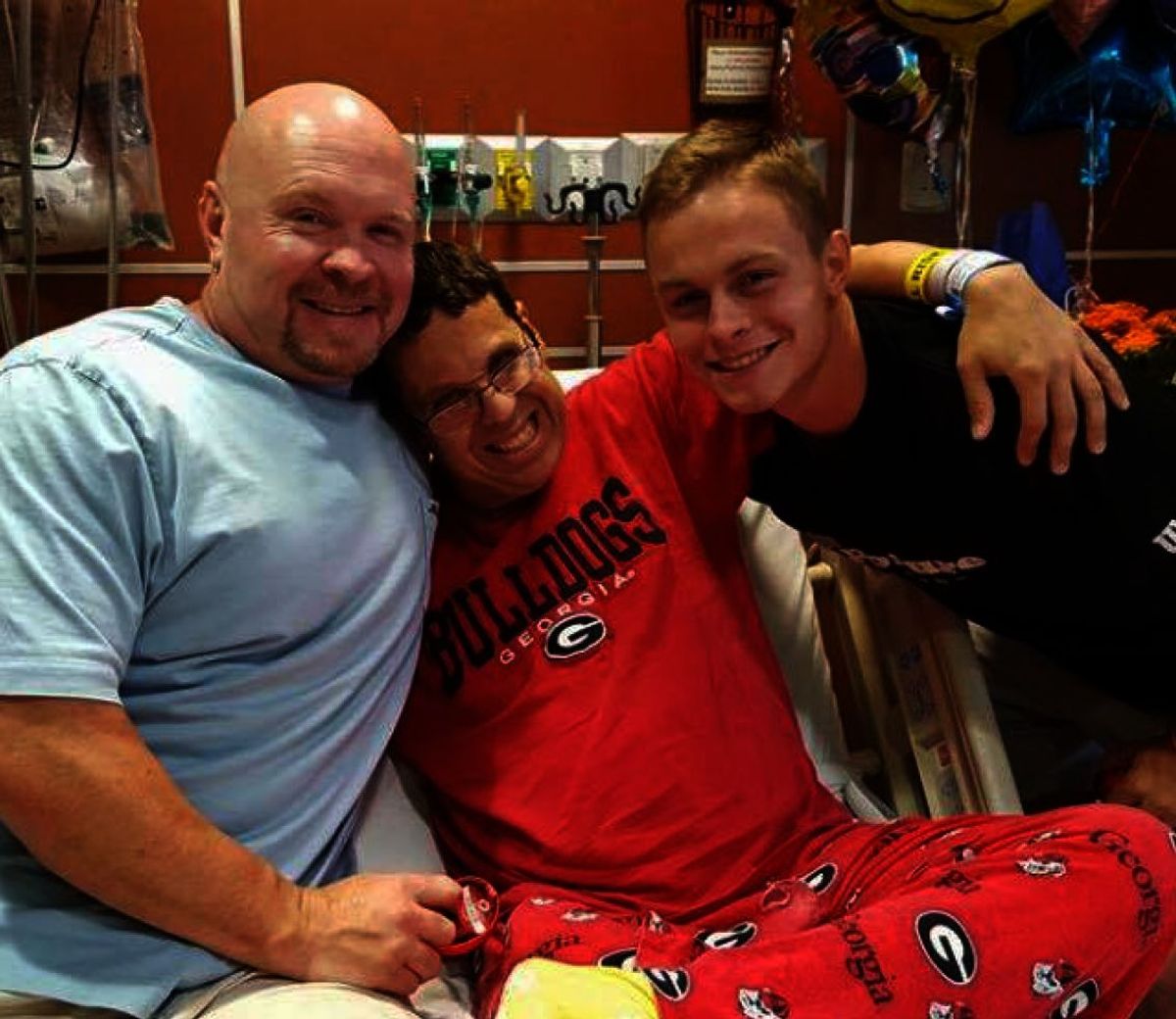 Have you ever met someone who, by just knowing them, made your life better?

If you've ever met Chad Brandon of Chattanooga, Tennessee then I know that your answer to that question is "yes". Because that's what Chad does. He makes everyone's lives better.

I haven't known Chad very long, actually. We've never been out to eat, to the movies, or done anything more than talk. And hug. Because if you know Chad, you know he LOVES to give out hugs. I met Chad in the fall of 2012 when I went to work at The McCallie School in Chattanooga. Chad works in the dining hall at McCallie and there's no more popular person on campus than he. McCallie is an all-boys school so it makes sense that the dining hall workers are the most popular folks on campus because we all know that boys love to eat. But that's not what makes Chad so popular. He could work anywhere at McCallie and he'd still be the most loved, and certainly the most loving, person there.

You may ask, "What makes Chad so special? Why does everyone love him so much?" Well, the answer may seem strange to you...or maybe not...but what makes Chad so incredible is autism. You see, Chad is autistic. Honestly, the first time I ever remember hearing the word "autism" was in 1988 when I saw the remarkable movie "Rain Man". Dustin Hoffman played Raymond Babbitt, an austic man who lived in Cincinnati, Ohio. It may have been one of the best acting jobs that I'd ever seen. I learned a lot about autism after seeing the movie because I was interested in the character Hoffman had played. One thing that I learned about autism is that you can't lump autistic people in a pile and think they are all the same. That's simply not true.

I can't recall ever meeting anyone like Chad in my whole life. Chad has a fairly amazing life story. This 1985 article in People magazine shares some of that story and showcases just how much the love, support and, frankly, desperation of a parent can change a child: http://people.com/archive/toys-led-dale-brandon-and-his-autistic-son-to-the-pot-of-gold-at-the-end-of-chads-rainbow-vol-24-no-21/

As I said, I didn't meet Chad until 2012, but we became fast friends. I would soon figure out that everyone Chad meets becomes fast friends with him. Chad meets no strangers. Chad does not discriminate and certainly is not stingy with his hugs and expressions of love. In my entire professional educational career, I never let anyone call me "Mr. Payne". My dad is "Mr. Payne". I was just "Coach Payne". So guess what Chad called me? Yep..."Mr. Payne". Anytime I went into the dining hall, I was greeted with a smile, a hug and a "I love you, Mr. Payne" from Chad.

No matter how bad your day is going, wouldn't a smile, a hug and an affirmation of love...real, selfless love...brighten your day? It ALWAYS did mine.

Chad loves his McCallie Blue Tornado sports teams. He's led the football team out onto the field and, Lord have mercy, you haven't seen a smile until you see the picture of Chad smiling while those football players are following him. It's glorious. I gave him a McCallie baseball hoodie...Chad LOVES hoodies...once and you'd have thought I had given him a million dollars. You can rest assured though that whenever Chad wore any other McCallie sport hoodie besides baseball, I was sure to pout to him about it.

My son, Tyler, played football and baseball for McCallie and, of course, got to know Chad too. There hasn't been a time that I've seen Chad since Tyler graduated that he failed to ask me, "How's your son doing?"

I left McCallie in the summer of 2016. Since school was out, I didn't get to tell Chad goodbye. In fact, I hadn't seen Chad since May of 2016 until I saw him last Sunday. Earlier this year, Chad found out that he needed surgery on his heart. I'm sure that any of us would be terrified at that prospect and Chad was no different. Chad's sister, Ashley, did a wonderful job keeping everyone posted on Chad's surgery and recovery on her Facebook page. Ashley worked at McCallie too and, even though she's Chad's younger sister, she keeps that boy in line. Like Chad, Ashley has a lovely soul and is everyone's friend. Her support of and care for her brother is something to behold. The same goes for Chad's mom, Linda. They are a truly extraordinary family.

Chad had his heart surgery several days ago and then began the healing process so he could go home. During that time, I'm betting every single Memorial Hospital employee that came into contact with him walked away from him feeling a little better about life. That's what Chad does for people. Tyler and I got to visit Chad in the hospital on Sunday. As I said, I hadn't seen or talked to Chad since May of 2016, but when we walked into his room, Chad jumped up out of that bed, ran over to me, gave me the biggest hug and said, "Mr. Payne! Mr. Payne! I love you! I've missed you!'

Chad showed me all of the gifts, cards, and signatures of the people who came to see him. The list was LONG...just as it should be. Everyone loves Chad.

If you don't know my friend Chad Brandon, you're missing out. He's a gem and knows how to cheer anyone up just by being Chad. If you ever do meet him, ask him to do the "Hokie Pokie". It's his very favorite dance in the whole world.

Thanks for being everyone's friend, Chad. I love you, buddy.