Eid Should Be A National American Holiday
Odyssey

As Muslim Americans, We Believe That Eid Should Be Made A National Holiday

If Christmas, then why not Eid? 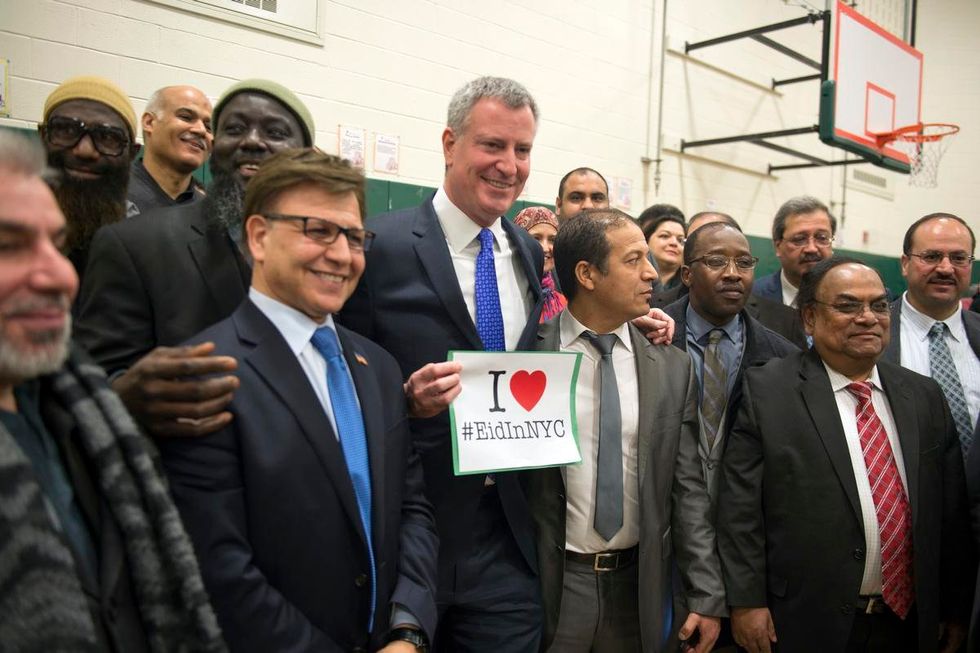 By Eeman Uddin and Safa Ghaya

Eid al-Fitr and Eid al-Adha are two very important religious holidays celebrated by Muslims worldwide. Eid al-Fitr comes at the end of the holy month of Ramadan which is a holy month in which Muslims fast from sunrise to sunset. During this month, Muslims hope to strengthen their relationship with God through many different ways. Eid comes on the first day of the 10th month in the Islamic lunar calendar and celebrates the end of fasting.

Eid al-Adha is another Islamic festival to commemorate the willingness of Ibrahim (also known as Abraham) to follow God's command to sacrifice his son. Eid Al-Adha takes place on the 10th and last day of the Hajj, the celebration of holy pilgrimage to Mecca, in the 12th month of the Islamic lunar calendar.

The celebration of Eid is a celebration for each an every Muslim as it is an important part of their religion. From the food, parties and gifts exchanges millions of Muslim anticipate the coming of Eid.

However, unlike other religious holidays such as Christmas, the dates for Eid vary and because of this, Eid has and will continue to land on school days. As a Muslim that has been born and raised in the United States, I have had to miss school because I do not get the day off to celebrate my religion. There are many Muslims who aren't able to celebrate because they do not get the day off from school or work.

In 2015, the White House declined the petition to name the Muslim celebration of Eid al-Fitr as a national holiday. The awareness of this holiday was brought on as a result of an online petition created in which over 100,000 people signed in order to persuade the U.S. government to make Eid a national holiday. At the age of 13, I was sent this petition and chose to sign it. Three years later this issue is still relevant.

As Islam continues to grow and spread in the United States, it is important to understand the significance behind these two celebrations as well as acknowledge it. Activists like Linda Sarsour fight for this acknowledgement in states around the world. For example, protests and petitions in New York's public school systems have unwrapped more than just religious inclusivity and further opened the gates to cultural understanding.

Fueled by the current administration's obvious bias to anything anti-Muslim, people all over the United States realize the necessity of Eid as a national holiday now more than ever before.

Christianity may be the majority religion in the United States, however, that doesn't mean that there can't be a national holiday for Eid or Hanukkah as there is for Christmas. Many argue that the only reason Christmas became a national holiday is because it has become secularized and that the United States is in fact a secular nation that doesn't institutionalize religious holidays. However, that statement seems entirely paradoxical. First of all, while it may be that the U.S. is a secular nation, Christianity and further CHRISTmas, the literal celebration of Christ's birthday, are completely secularized.

Second of all, the fact that the U.S. claims to be a secularized nation should also be a even bigger reason for them to acknowledge that within its borders lies a diversified population with different beliefs and cultures aside from Christianity.