Can Music Be Objectively Good Or Bad?
Odyssey
CurrentlySwoonLifestyleHealth & WellnessStudent LifeContent InspirationEntertainmentPolitics and ActivismSportsAdulting
About usAdvertiseTermsPrivacyDMCAContact us
® 2023 ODYSSEY
Welcome back
Sign in to comment to your favorite stories, participate in your community and interact with your friends
or
LOG IN WITH FACEBOOK
No account? Create one
Start writing a post
Entertainment

Can Music Be Objectively Good Or Bad?

Why do many assert that music, or any art, is objectively good or inherently subjective? 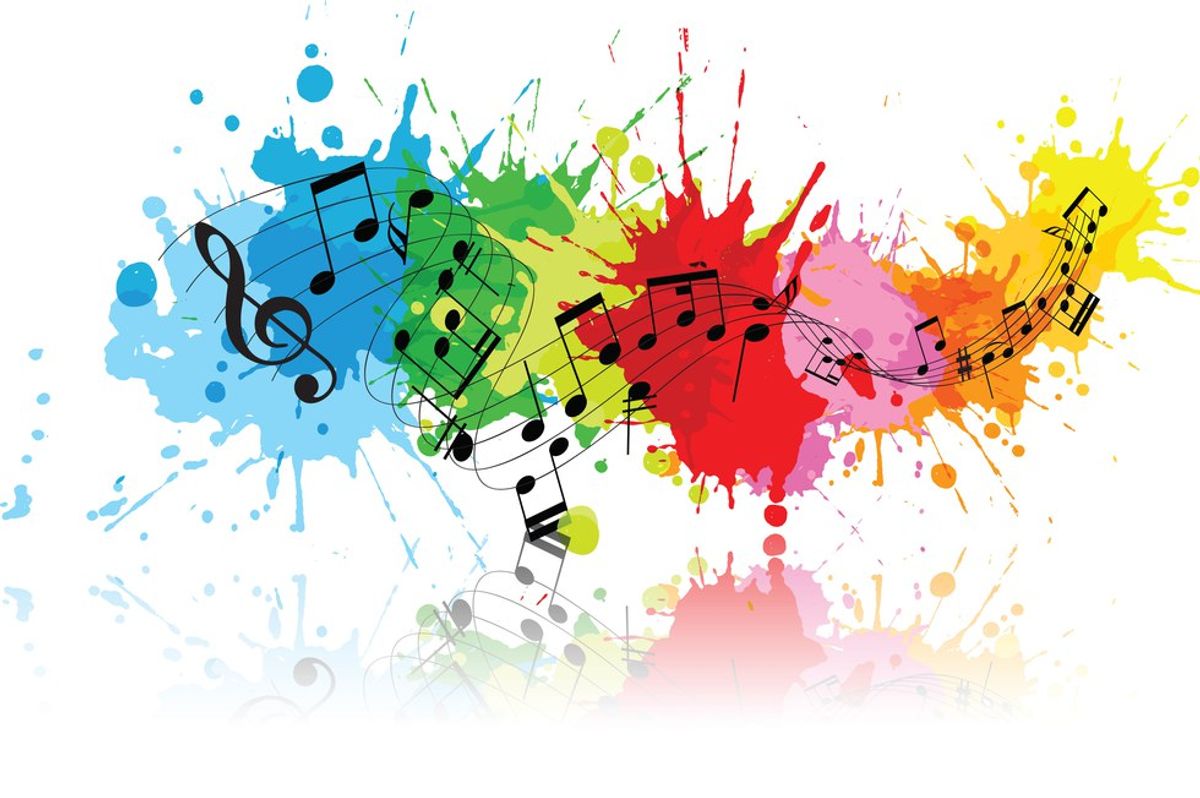 It's fairly convenient for any person to write off any field of contention as purely objective and not vulnerable to any subjection, whatsoever. For one to say, "Screw the critics; Think for yourself," he or she can apply that to any school of thought regarding art. Perhaps one says, "The Oscars didn't give Nicholas Winding Refn's Drive a single nomination in 2012, but it's one of the best films produced that year. Screw the Oscars." This particular film was actually considerably acclaimed by critics, but not audiences. "Screw what the critics say about 'brilliant Drive.' It's really slow and boring. I want action! Like Marvel's Avengers!" Well, wait a minute. Marvel's Avengers was also considerably praised as an epically proportionate comic book film. Many would say that Drive, though, is still a better film. What about Amelia? Amelia is a slow, emotional, artistically produced drama film. And the critics despised it. Because it was awful. So, this assertion that epic action films are always panned and slow, artsy drama films are inherently praised is ridiculous. But, what does this prove? The acclaim of many Marvel superhero films and the critical admonishment of numerous slow, dialogue-heavy, proves only one assertion...The state of the critical approach to film is much more tumultuous than uncomplicated audiences would like to believe.

I understand your confusion. The preceding paragraph addressed the nature of film critique, exclusively, but harbored not a single critique of music critique. My examples regarding the tumultuous nature of film critique simply serves to elicit an awareness of the Critics vs. Audiences, Enthusiasts vs. Casuals, and other "Versus" mentalities that also has a stake in music. The critical approach to music is not tumultuous...it's absolute mayhem.

That genre is inherently good. This genre is inherently bad. What the critics have to say doesn't matter, because Nickelback is awesome. What the critics have to say is irrelevant, because Jay-Z sucks. A new term has surfaced in the modern world, and that term is "background music." Background music is the manner in which the majority of people listen to music. In the background. Whether they are driving, writing, working, eating, etc, music is an art that predominantly only requires concentration from one's ears, so music is predominantly an art that is appreciated in the background. But, I have an assertion that further defines the term. There is background music, but music is always in the background of culture. 95% of us have artists, bands, albums, genres, radio stations, etc, that we prefer. So, this is why there has become an innate sensitivity to music criticism? For many of us, listening to PJ Harvey after finally submitting the final draft of that research paper over Lived Religion is an absolute must, so to hear the masses pass mockery on us for enjoying music that doesn't make it to their top 40 lists is frustrating. For others, listening to Nickelback while engaging in an exhausting workout and still finding the time to ace that Statistics homework that doesn't factor into our major, it's uniformly discouraging to listen to pseudo-intellectuals diminish from our cognitive capabilities because we like to hear "Burn It To The Ground" by Nickelback rather than "Diamonds On My Windshield" by Tom Waits while doing twenty repetitions. For me? I like music from a variety of genres, but hip hop and country, two genres that continuously produce music that is both widely panned or critically lauded, are two genres that almost never cross my playlist (except for Mazzy Star). My favorite artists? Marilyn Manson, The Flaming Lips, Leonard Cohen, Sigur Ros, Joy Division. All artists that have been highly acclaimed as intelligently good music (at some point), but my love of these artists do not exist opposite a hatred for artists such as Nickelback or Drake.

What frustrates me, as a passionate listener of music when writing papers, articles, doing homework, driving, etc. is that people do not comprehend what makes a piece of music great to critics or to the masses. There are a plethora of aspects regarding music that define the quality of a song. It isn't simply the metaphorical tendencies of the lyrics or the message or hidden meanings thereof. It isn't the smooth quality of a hundred instruments at once as opposed to guitar, bass, drums, and vocals. And, regarding individuals who are passionate about their music and are anti-hit music that doesn't have these traits, they are also struck with a serious lack of comprehension regarding the quality of a song. A song doesn't have to incorporate messages and hidden meanings to be a great piece of music. A band doesn't have to utilize a hundred instruments simultaneously to produce a masterpiece sound. If this were true, then what are the critics thinking when the hail the classic Led Zeppelin song, "Whole Lotta Love." You need cooling. Baby, I'm not fooling. I'm gonna send ya. Back to schooling." It didn't have a hidden meaning. It was simply emblematic of the sex boom of the 70's, and the production of the music surrounding the lyrics was meticulous and rhythmically resonant.

There are two attitudes that arise from these different mentalities, and they can be described with two phrases. "There is objectively good music, or else, why what's the point?," and, "Like what you like. To each is own." My assertion, here, is that this is a false dichotomy. It's difficult to listen to certain classic songs such as "Stairway to Heaven", "Another Brick On The Wall, Pts. 1-3" and "Smells Like Teen Spirit," and not admit that these songs aren't songs that you like, but they are good. But, that isn't to diminish from the validity of a person's tastes if their favorite artists include Creed, Nickelback, Poison, etc. This is where I insert my personal tastes. I despise Nickelback. Not only do I think their music is bad, but I get no enjoyment out of any of their songs. But, I know plenty of listeners who love them, and that is absolutely fine with me. Do you know that I'm not an enthusiast of? Video games. I enjoyed video games extensively when I was a child, but as I got older, I took more of an interest in film, music, and literature, but, when I do play a video game, it's often not a production that is heralded by gamers worldwide as a masterpiece of interactive art. The last video game that I finished as a result of addiction to the experience? Resident Evil 6. Any gamers reading this article will understand why this is a problematic taste regarding objectively good video games.

The denouement is that music, like any other art, is enjoyed by both enthusiasts and casual listeners. Sometimes. those casual listeners enjoy The Flaming Lips, Pink Floyd, Tom Waits, The Beatles, and other highly-acclaimed artists. Sometimes, those enthusiasts enjoy Nickelback, Creed, Drake, Jay-Z, etc. And, obviously, vice versa. Just because there is objectively good music, does not mean that all music isn't objectively enjoyable by someone, and there reasons don't need to be justified.

P.S.: This article was written while listening to Leonard Cohen. Rest in peace.