Stuck inside indefinitely, musicians did what they do best: make art to help get us through the day. 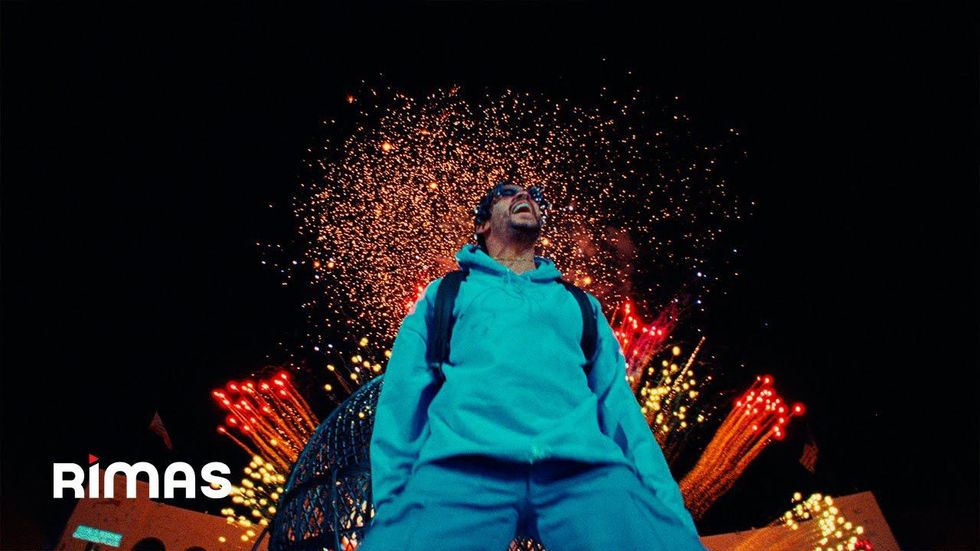 Whatever 2020 may have brought you, this year has definitely been one that we will never forget. In May, I wrote about how the COVID-19 pandemic was affecting music - specifically song lyrics and music videos. Little did I know back then that we'd still be dealing with the pandemic months later. In the early months of the pandemic, artists were either taking a comedic or a charitable approach to the pandemic. Despite the trials and all the canceled concerts of this year, there have been fantastic albums released.

Music has always been an integral part of my life. Although concerts were canceled, being able to enjoy new releases definitely helped fill some of the gap. These songs helped me snap out of a depressed mood, kept me motivated, or just filled my days with joy.

An Afro-Colombian queer woman with indigenous heritage, a single mother, a Spanish speaker. Lido Pimienta is all of this, and she boasts a dreamy voice that is powerful and soothing. Released on April 17, 2020, Miss Colombia is an album of resistance.

12. Bombay Bicycle Club - Everything Else Has Gone Wrong

When the single "Everything Else Has Gone Wrong" was released in November 2019, how many of us could have guessed that it would be a fitting anthem for 2020?

The album Everything Else Has Gone Wrong was released on January 17, 2020. It was the band's first album since 2014. The songs express feelings of anxiety and finding one's worth, and wholey, it is an album about finding solace in music. When this year brought us down, listening to this album reminded us we are not alone, "And yes I found my some hope again".

11. Best Coast - Everything Has Changed

Best Coast's Everything Has Changed is about just that - change. Released on February 21, 2020, the album is a story of growth and optimism. There is a light at the end of the tunnel.

In a time where we are fondly reviving the style of the '70s and the '80s is a common setting for movies and TV shows, Tennis blends right in. At first glance, you might not even realize this is a recent release when you first stumble upon one of their music videos. Swimmer, released on February 14, 2020, is a beautiful piece of escapism.

With a split release in February and May, grae is an album that you could listen to for the whole year and still discover something new. Sumney has a captivating voice and he is greatly aware of how to use sounds and his voice to create music that truly tells a story.

Released on March 27, 2020, Future Nostalgia is a pop album that we're still dancing to in December. It also came right at the beginning of quarantine, a bright spot in a moment that felt very bleak.

Rich Brian has grown up quite a bit since he first came onto the scene, and he's developing his own sound and style. 1999, which released in August 2020, is a fun EP. I can't even count how many times I blasted DOA while driving around as summer transitioned into fall.

Apollo brings youthful charm, optimism, and curiosity to his most fully realized work yet. Apolonio, released in November 2020, celebrates what was and what is, not what could be, and in a moment when the future feels catastrophic at best, there's comfort in knowing that a few years ago, in a different reality, a teenaged Omar Apollo drove 19 hours to Georgia to see his crush for the last time.

Circles was released posthumously on January 17, 2020. Mac's dedicated fan base spent that night streaming the album and coming together. Circles is about working through depression, how the bad days are long and the good days feel fleeting. It was a perfect album for a year that turned our worlds upside down.

It seems 2020 gave some of our favorite artists a chance to sit back and focus on the music. Released in September 2020, Shore was a surprise gift to fans of the band. The album that is musically adventurous and feels like a breath of fresh air. It looks to the world as if staring into a darkness and responding with beauty, acceptance, and light.

Released on February 29, 2020, YHLQMDLG popped out on the scene. Boasting an impressive 20 tracks, this album woulda/coulda/shoulda been the party album of the year. It's a big record that pushes boundaries and pays homage to reggaetón's past and future.

Almost 8 months after dropping YHLQMDLG, Bad Bunny released his third album of the year in November. El Último Tour del Mundo has a different sound than either album released this year, although we did get a preview of this sound in Hablamos Mañana. This album effortlessly bounces between new-wave riffs and booming 808s and offers a glimpse of the brilliance that can result from Benito's experimentation. When he says he does whatever he wants, we believe him. Maybe we can, too.

The highly anticipated album The Slow Rush was a Valentine's Day gift to all of us, released on February 14, 2020. Each song is a present to unwrap and sink into. An introspective about the passing of time, the album fit perfectly into 2020. At the beginning of quarantine, Kevin Parker even released a stream of the full album with background effects to make it sound like you were at a concert - a truly immersive experience that we missed out on this year.

It's worth a listen on New Year's Eve as the year closes with "One More Year" reflecting, "Do you remember we were standing here a year ago?...If there was trouble in the world we didn't know".

The opinions in this article are purely my own and do not reflect the opinions of The Odyssey Online.