MSG Debunked: The Science Beneath the Racism
Odyssey

MSG Debunked: The Science Beneath the Racism

If you've ever wondered where those 'No MSG Added' signs came from, look to a history of racism and pseudoscience. 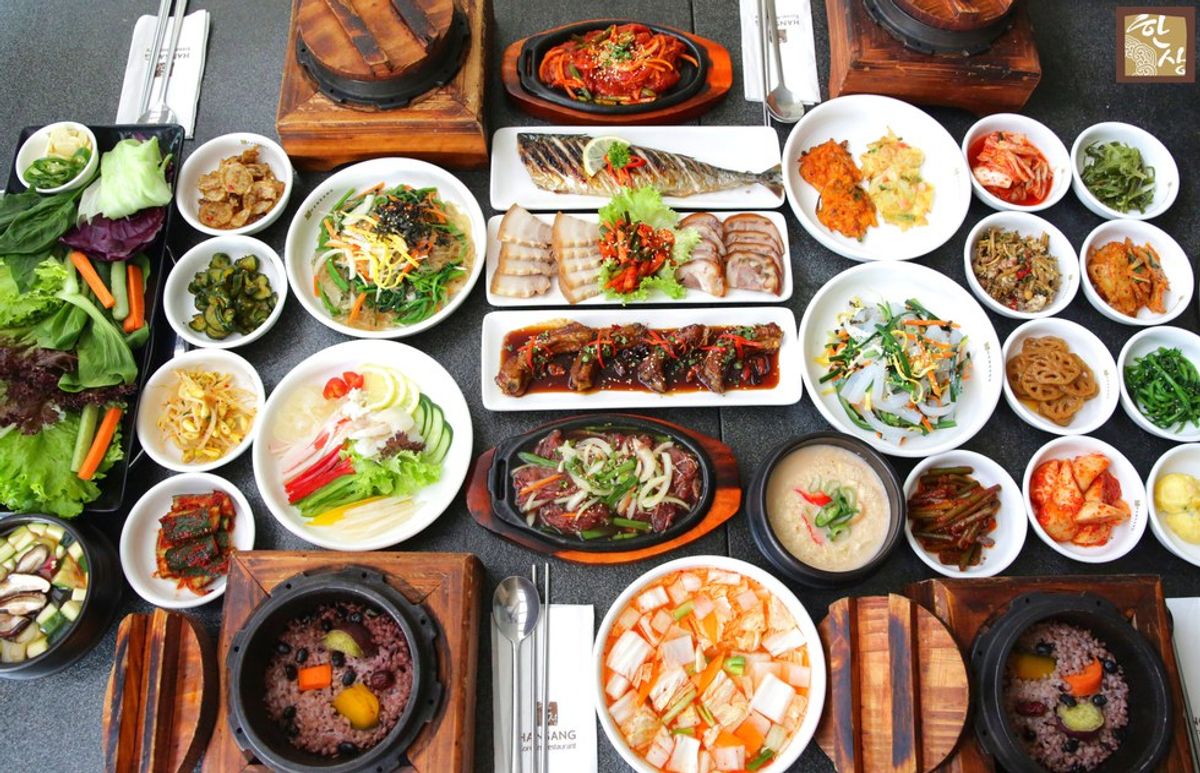 Whether you know of it as an eastern scientific achievement, a toxic substance detrimental to your health, or a centuries-old traditional flavor enhancer, MSG has existed in the public consciousness for decades. You might see it on your Chinese takeout or on the door of your favorite Asian buffet: “No MSG Added”---a phrase that has cropped up all over the United States in response to backlash against this controversial ingredient. Once exoticized by European imperialists as “the mysterious white powder of the ‘Orient’”, MSG still appears to strike discomfort and wonder to those who did not have the fortune of growing up with its wonderful 'umami' flavor.

Kikunae Ikeda first synthesized the chemical compound monosodium glutamate (usually abbreviated to ‘MSG’) in 1908 after he noticed the existence of a flavor in many foods that was hard to identify. This savory, rich taste that often emerges in foods such as parmesan cheese and mushrooms, as well as the seaweed and kelp soup broths that have been used in east Asian cultures for centuries as natural flavoring, soon entered Japan's vocabulary as 'umami'. Though traditional ways of extracting this flavor from glutamate has already made it a staple in many Asian cultures, Ikeda’s patented new flavor enhancing product (labeled "Aji-no-moto", or "Essence of Flavor") soon became a popular new must-have.

But just as quickly as it took the West by storm, MSG fell out of favor. Since 1968 when the New England Journal of Medicine published a letter describing “Chinese restaurant syndrome”, naming symptoms such as headaches, tingling limbs, and other symptoms of allergic reaction, critics in the United States have accused MSG of causing everything from cancer to obesity. The beginning of this controversy started in the mid-20th century at the height of anti-Asian racism and xenophobic sentiment in the United States. Since Chinese immigrants began arriving in the United States around the 19th century and accepted many low-paying jobs in fields that were considered “degrading” (such as laundry washing), the fear that Asian people were a threat to the West persisted. Stereotypes that paint Asian culture and people as strange, exotic, and potentially dangerous arose from the Yellow Peril ideology and Orientalism of the 19th century, and the idea that Asian food is dirty and unsafe has been a major cause of the fear-mongering that clouds our perception of MSG.

Even more interesting than the history behind this compound is the science (and pseudoscience) behind it. Glutamate, a component of MSG, is actually a naturally-occurring amino acid that our bodies produce to survive. Many of the critics of MSG has claimed that this flavor additive has the ability to “over excite neurotransmitters”, calling it an ‘excitotoxin’---however, this myth likely arose from the fact that glutamate is used in our bodies as a neurotransmitter to regulate learning and memory. Even very excessive amounts of MSG intake doesn’t actually affect the naturally occurring glutamate that we produce biologically. Glutamate can also be found in most of the fruits and vegetables that are used in the culinary world for flavoring, such as mushrooms and tomatoes, and ways of extracting the flavor of glutamate has already existed for thousands of years. Monosodium glutamate (MSG) is simply naturally occurring glutamate that is extracted and crystallized with sodium to stabilize the compound. To put it quite simply: MSG is nothing more than protein mixed with salt. MSG’s use as a flavor additive relies immensely on this fact. When we taste glutamate, we’re not actually tasting a real flavor---we’re tasting our brain’s pleasure-inducing response to its protein-richness. That’s why the ‘umami’ flavor of MSG is often described as meaty or savory.

In addition, the fear that Chinese (and other Asian food) is laden with MSG is simply a product of ignorance and racist double standards. Every day, the average American consumes about half a gram of MSG---not from your local Chinese buffet, but from Doritos, Kentucky Fried Chicken, canned soup, instant mac and cheese, and almost any processed food you can think of. In addition, there has never been reports in Asia of MSG causing negative health effects despite the fact that it has been used as a staple in Asian dishes longer than the West has.

So it looks like we’ve all been consuming MSG our entire lives with no long-term detriments---why the controversy then?

The “Chinese restaurant syndrome”, as well as the myriad of other ailments purportedly caused by MSG, appears to have no basis in scientific fact. In actuality, there has never been a definitive study that has proven any real association between MSG and the negative health effects that critics have listed. Many of these purported health effects seem to be common symptoms of allergic reactions to the plants and herbs (such as peanuts and cumin) that are used in many Asian dishes. In addition, it’s not surprising that many Western-raised restaurant-goers who are unaccustomed to the strong spices, seasoning, and fermentation common in Asian food would feel physically ill and uncomfortable after eating it.

Recognizing the context behind this misinformation helps to understand how many of the beliefs we hold can have roots in harmful ideas about groups of people---and how we can unknowingly internalize these ideas through a combination of pseudoscience, bad journalism, and quick judgments. However, even if the history behind MSG isn’t enough to prove that the West’s fear of it is largely irrational, science will always stand as an objective and factual reminder that this tiny white powder offers nothing more terrifying than strong, delicious flavor.