Why the Movie Trivia Schmoedown is an Amazing Show.
Odyssey

For fans of cinema or wrestling alike, the Movie Trivia Schmoedown is a fantastic program on YouTube that contains gripping storylines and a strong competitive atmosphere. 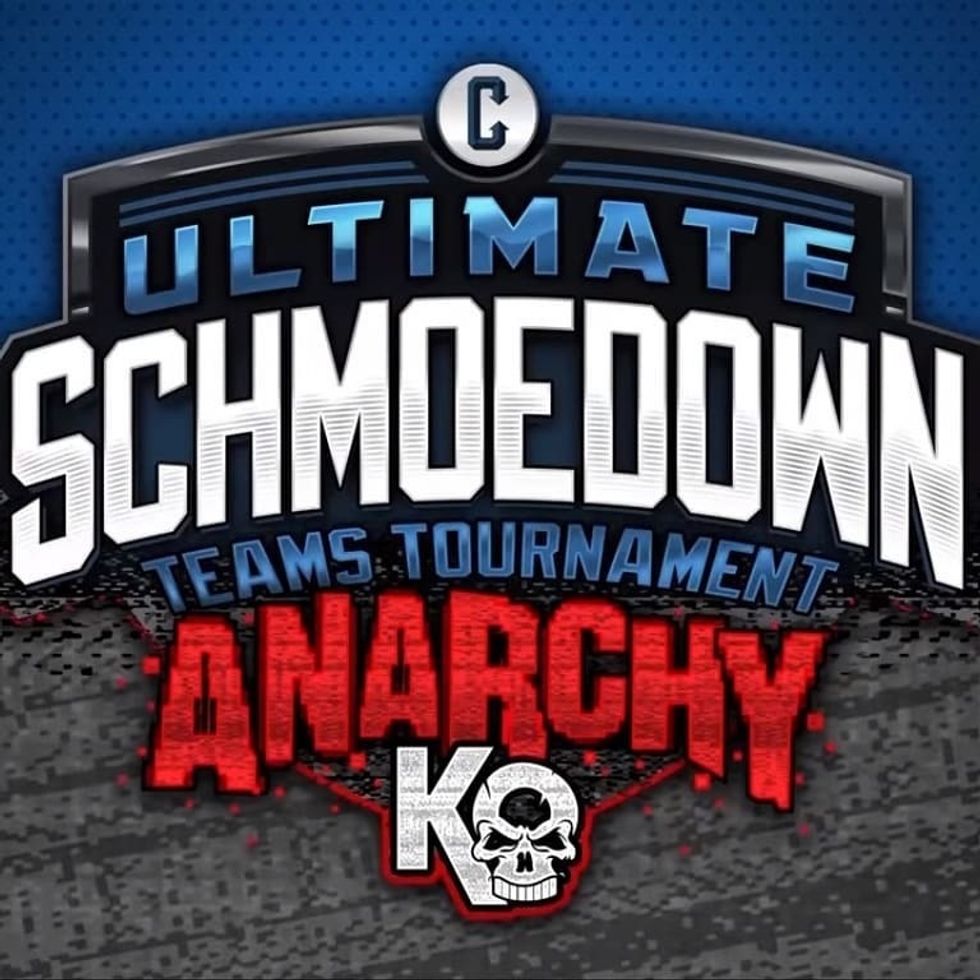 A fantastic story with great characters can come from anywhere. Sometimes, the best shows take several passionate groups – that may or may not be similar – and meld them together to create some of the best pieces of entertainment online. In this case, think cinema meets World Wrestling Entertainment (or WWE).

That combination has led to the formation of the Movie Trivia Schmoedown. Currently airing on Collider Videos' YouTube account, the show is the brainchild of comedians and film critics Kristian Harloff and Mark Ellis. The two of them started the show as a tournament with their friends on their podcast the Schmoes' Know Show, but when they move to Collider, they pitched the show and now is a regular on Collider's YouTube channel.

Twice each week, the biggest movie fanatics put their film knowledge to the test in order to rise in the rankings and win a championship belt in one or more of four different leagues – the Singles, Teams, Inner Geekdom (from more nerdy films such as comic book movies, the Lord of the Rings, Star Wars, Harry Potter, and Star Trek to name a few), and Star Wars divisions.

Some competitors rise out of obscurity and become stars, such as Rachel "The Crusher" Cushing, "The Outlaw" John Rocha, "Classy" Clarke Wolfe and Mark "Yodi" Reilly. Sometimes celebrities – such as the Bachelorette's Jared Haibon, She's All That's Freddie Prinze Jr. and Inglorious Bastard's Samm Levine – jump in and thrive, with Levine becoming the first player to hold belts in multiple divisions simultaneously.

The Schmoedown works so effectively not just because the competitors have a deep and well-versed film knowledge, they're also playing a game. After getting eight random trivia questions (or 10 in Inner Geekdom or Star Wars), players have to spin a wheel with 14 different random categories, including spinners and opponent's choice.

The players get four questions (or five in Inner Geekdom) worth two points with a guess. If a player needs help, they can ask for multiple choice, but the point value is reduced to one point. A player could get their strength category and go off, but they also could spin one of their weaknesses.

The players need to strategize whether to go to multiple choice if they need it or just to guess and force their opponent to make a random guess.

The third and final round is even more random, with players choosing three numbers out of 20 and getting three different questions worth two, three, and five points respectively. The higher the point value the more difficult the question. While there is some luck involved, this round puts a competitor's film knowledge to the test, challenging them across all varieties of categories.

This is around when players will often use most of their three repeats, known as the JTE rule named after "Little Evil" JTE (a player who, you guessed it, used to ask for many repeats). In addition to their three repeats, competitors will get one challenge to use if they don't like the wording of one of their questions or think that the answer at the desk is wrong.

If the ruling is overturned, the players can still challenge more questions. If the call is upheld, the player loses their challenge. The decision whether or not to challenge a question can make or break a match.

However, the Schmoedown is built not just on the film knowledge but also on the storylines. Put together by Harloff and his crew, the competitors are each playing characters that are either, as in wrestling terms, a "babyface" or hero or a "heel" or a villain. Some people are just movie buffs who play for trivia and learn the acting parts, like Cushing or "The Godfather" Drew McWeeny, others are major stars who play their parts to perfection, like "Dastardly" Drew Gai and Ben "The Boss" Bateman of team action.

Each person, whether a trained actor in Los Angeles or just a film buff, put their all into their parts. Thus, Harloff and his staff can put together a show with just as much drama as WWE. There are faction wars, betrayals, grudge matches and more. However, the one area that the Schmoedown beats WWE in is realism.

The matches themselves and the results are never scripted. In fact, the matches make the stories, with multiple storylines accompanying each match. So, if a major upset occurs, the team roles with their backup storyline. The reactions from the announcer's table and the crowd are all real.

So, even if you're not a major film fan, the Movie Trivia Schmoedown is the right show for you. It has the competition and drama of sporting events, the entrances, and personalities of WWE and a strong love for cinema. It's a gripping, extremely entertaining show with high stakes and high intensity while still being a ton of fun to watch.

So, if you hadn't already, give this great show a watch. And "Let's get ready to Schmoedown!"