This Is [A Moment] With Childish Gambino

So far in 2018, I've made it to four concerts at the United Center. Childish Gambino would raise the stakes for those to follow. 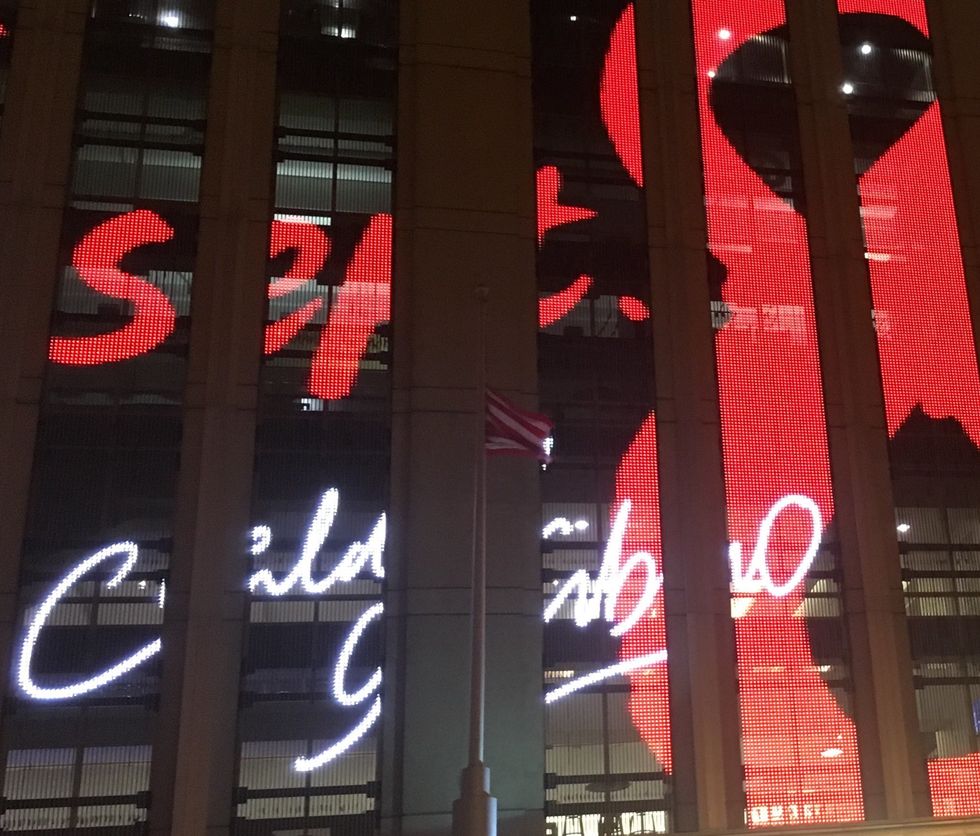 Each performance at the United Center brings its own unique musicality, audience diversity, and of course, experience. In the minutes leading up to the start of Childish Gambino's entrance on stage, I had a conversation with another fan seated behind me. He asked, "have you seen Gambino before?" I responded, "Unfortunately, no. I made a rookie mistake in 2012 not seeing him at Lollapalooza. 27-year old me isn't too happy with that now." That response got some good chuckles from those who heard our conversation. Now, looking at the schedule from that year, it was Sunday night, Childish Gambino vs. Justice vs. Jack White – what a trifecta of match-ups! Most of you who read these know precisely who I chose…

I don't want to talk about the songs Childish Gambino chose for Chicago's show last Saturday. I don't want to follow the same pattern with my reviews for this show – after all, this was a different experience, a different moment, something I've never really felt in a concert before. After being asked my favorite part, and thinking of it on my own, there isn't one. Everything about it was polished together to tell a story. And it would go with confirmation, he announced this was the story of Childish Gambino's last tour – at least under that name, "wink "wink.

Indoor arena shows always pose their dicey sound quality and challenges (i.e., The Killers blowing out the left speaker boxes hanging from the stage). Yet, this was the best-sounding concert I've been to at the United Center, with the most unique, yet, simple stage production. Does Childish Gambino beat Justin Timberlake as a performer? I don't think I could confirm that. Does he create a better musical story, as in art? I'd say yes.

We had different glimpses of Glover throughout the evening, the pretentious side stating "If you're here to see 'Favorite Song' then you better leave this show right now;" and the compassionate side dedicating "Riot" to Mac Miller's recent passing. And we saw the driven, passionate side in each moment of the concert. There's no doubt that he could've gone for a few more songs. This is, however, a demanding tour – 19 shows in 18 cities. Breaking it down further, 14 appearances in 24 days of September and five more shows across 10 days in October. We all know touring is rough – but we waited our time. There's no doubt he had more in him – the crowd roared from their seats, standing in awe from what their eyes and ears witnessed over the past hour and 20 minutes.

27-year old Mike made the right decision to go to this show. I wouldn't be alone like I was for Justin Timberlake. Clearly, there's no shame in admitting that either. One of my great friends and roommate joined for the evening as this was his belated birthday gift. He's not one to usually share a ton of sappy emotion, but judging by the head nodding and eyebrows raised, it's safe to say he had a great time too.

Earlier in the day, hours before the concert, I happened to check out record store up in the Lincoln Square neighborhood. They had Camp on vinyl for $15.99. It went without question that I would purchase that album. It goes without question that my next weeks of listening to music will heavily encompass listening to Childish Gambino. I'm glad I had [a moment] to experience this final tour. And one final time, thank you Childish Gambino.