The Struggles Of Being A Light-Skinned, Mixed-Race Latina
Odyssey
CurrentlySwoonLifestyleHealth & WellnessStudent LifeContent InspirationEntertainmentPolitics and ActivismSportsAdulting
About usAdvertiseTermsPrivacyDMCAContact us
® 2023 ODYSSEY
Welcome back
Sign in to comment to your favorite stories, participate in your community and interact with your friends
or
LOG IN WITH FACEBOOK
No account? Create one
Start writing a post
Politics and Activism

The Struggles Of Being A Light-Skinned, Mixed-Race Latina

"You don't even look Mexican at all!" 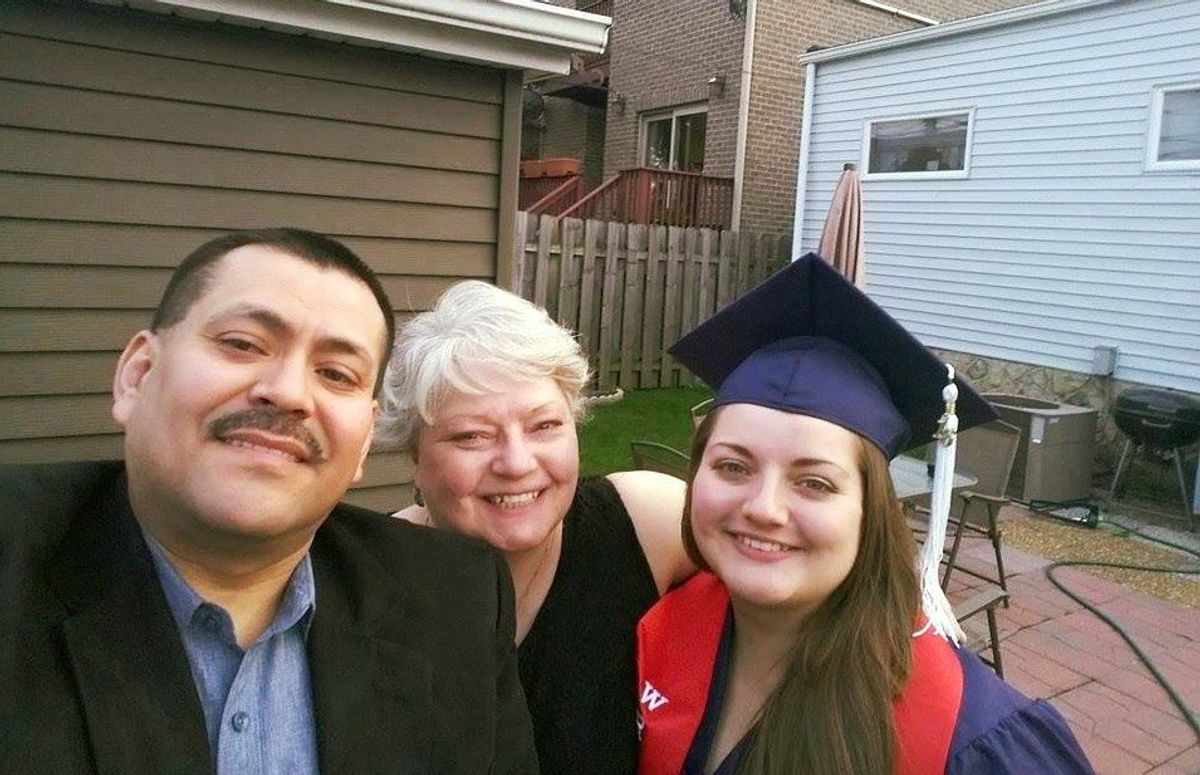 I have always struggled with my racial and cultural identity.

Coming from a Mexican-American household, especially in today's political climate, my issues with racial and cultural identity continually multiply. For those of you who know me, you'll know I'm half Mexican and half American (with German heritage). But for those of you who don't, I already know what you think of me.

My father was born and raised on a ranch in Palmar Chico, Mexico. He emigrated to the United States when he was only 15 years old. He worked as a busboy, then a dishwasher, and then a cook at a greasy spoon diner in Chicago, which is where he met my mother. They got married, and I am the result of said marriage.

When I was an infant, I had a more stereotypical Latina "look" to me. I had dark brown hair and dark eyes. Within three years, my hair and eyes lightened and my skin grew out of its redness into a more ivory tone. Since then, I've always had mid-to-light brown hair and light olive green eyes. I've been able to "pass" as white all my life.

But that isn't something that should be celebrated.

Though some people envy the fact that mixed-race children can fall into one of two categories at any given time, (one of those categories often being white), telling someone that they "look white" or "don't look Hispanic" is the definition of erasure, and is significantly more harmful than people make it seem.

You are erasing that individual's racial and cultural background with your dismissal of their identities.

Even the most so-called respectful people do this. Without thinking, they might say something innocent-sounding like, "Oh, you're Irish, right?" or "You don't even look Mexican at all!" and while they may have the best of intentions, their assumptions help perpetuate a cycle of dismissive language and misconceptions about how individuals from certain racial and cultural backgrounds should look and behave.

Racial and cultural dismissal comes from both non-Latinos and Latinos alike.

Being so surprised and telling someone you "can't believe [they're] Hispanic or Latina!" isn't a compliment. It's a subtle, backhanded slap to the face. This type of thinking becomes toxic, especially when a mixed-race person tries to adhere to their cultural traditions, such as dress, hairstyles, cuisine, and media.

For instance, if you don't look a certain, stereotypical way, you get ousted as not being a real Latina.

In 8th grade, my best friend's sister styled my hair in flat twists for our 8th grade luncheon (which was the big style for pre-teens in the late 2000s). Growing up, my aunts would always fix my hair in flat twists because it was a simple way to style long, wavy hair in an elegant manner. To this day, all of my younger Mexican cousins wear their hair in this style. Flat twists have stood the test of time.

Though my friend and I had the same hairstyle at the luncheon, a fellow classmate took the liberty of writing in my yearbook: "You can't wear your hair like that. You're not P.R." (Puerto Rican). Her snide comment about my hair was a blatant implication was that I wasn't Latina enough to wear my hair in that style.

What was more "Latina" than a last name like Reynoso and a father born in Mexico?

Though this is only one isolated instance of dismissing a mixed-race child's ability to adhere to their culture through style, it's an instance that has stuck with me for over nine years.

It has also been difficult to build stronger relationships with my relatives due to a stark language barrier. My lack of ability to speak Spanish is yet another target for the argument that I'm not a true Latina.

The majority of my dad's side of the family doesn't speak English, and after six years of in-school instruction, I still cannot speak Spanish fluently. My dad never taught me how to speak his native tongue, and though I could mull his reasoning over until the day I die, the fact of the matter is: not learning Spanish fluently when I was a child proved to be a detriment.

When I was younger than six, speaking Spanish with my relatives came rather naturally for me.

Since I spent a significant amount of time with my aunts and cousins who would speak Spanish to me, I could respond to and converse with them without ever giving the language nor my cultural identity a second thought. I was cognizant of the fact that I didn't look like my other cousins or aunts, but that never fazed me; at least I knew we could communicate.

As I matured, I recognized instances where, if I went out with my aunts, people (including distant relatives) would look at me and make comments about the gringa standing next to them.

I knew they were talking about me.

Though I couldn't speak Spanish fluently, I understood enough to know when someone was making comments about me. Even then I knew that something about my skin separated me from the rest of my family members.

But I never understood why.

With age, I noticed the same looks and murmurs continued to happen at family get-togethers and school events.

Second and third cousins who had never met me assumed I was a friend of the family at backyard bar-be-cues and quinceañeras. Until they met my father, of course. And when I went to a predominantly white, Catholic grammar school as a child, when my dad attended special events, people would rudely and openly ask my mom if my dad was my REAL dad or if he was my stepfather. It was too hard for them to believe that mixed marriages exist and that the result of a mixed marriage would obviously be a mixed child. Shocking.

Though I've come to a point where I've accepted the fact that I will perpetually be known as the güera of my family, I refuse to accept the dismissal that comes with this title.

I wish I could speak Spanish fluently. I wish I could say I've visited the homeland. I wish people didn't question my ethnicity so boldly and brazenly. But I can't change how people think.

Not all Latinas look the same, speak the same language, or come from the same background. And that's OKAY!

I love my family, my culture, and my identity.

That includes the way I look, the broken Spanish I sometimes speak, and my infatuation with traditional food. Despite the color of my skin, eyes, or hair, these things cannot erase the fact that I am half Mexican and want to be regarded as such.

I celebrate Nochebuena with my family and eat tamales verdes and mole like a champ. I can't wrap my head around soccer, but I'll cheer along while ranchera music plays loudly durante el verano en el patio trasero de mi tía y tío while someone's birthday celebration takes place. (Don't forget to shove their face in the cake!)

I shouldn't have to justify or prove my culture and heritage to those who question it, nor should anyone who comes from a mixed-race household. However, living in a society of inquirers, the sad fact is this: proving ourselves to everyone we meet is an exhausting task that we will never escape.

Nicole Marie Nigro
Individual Creator
6836
c1.staticflickr.com
Where to start...... Let me start with the cliche that life throws us curveballs and what we do with it is what counts.