Why The Noun Just Doesn't Cut It 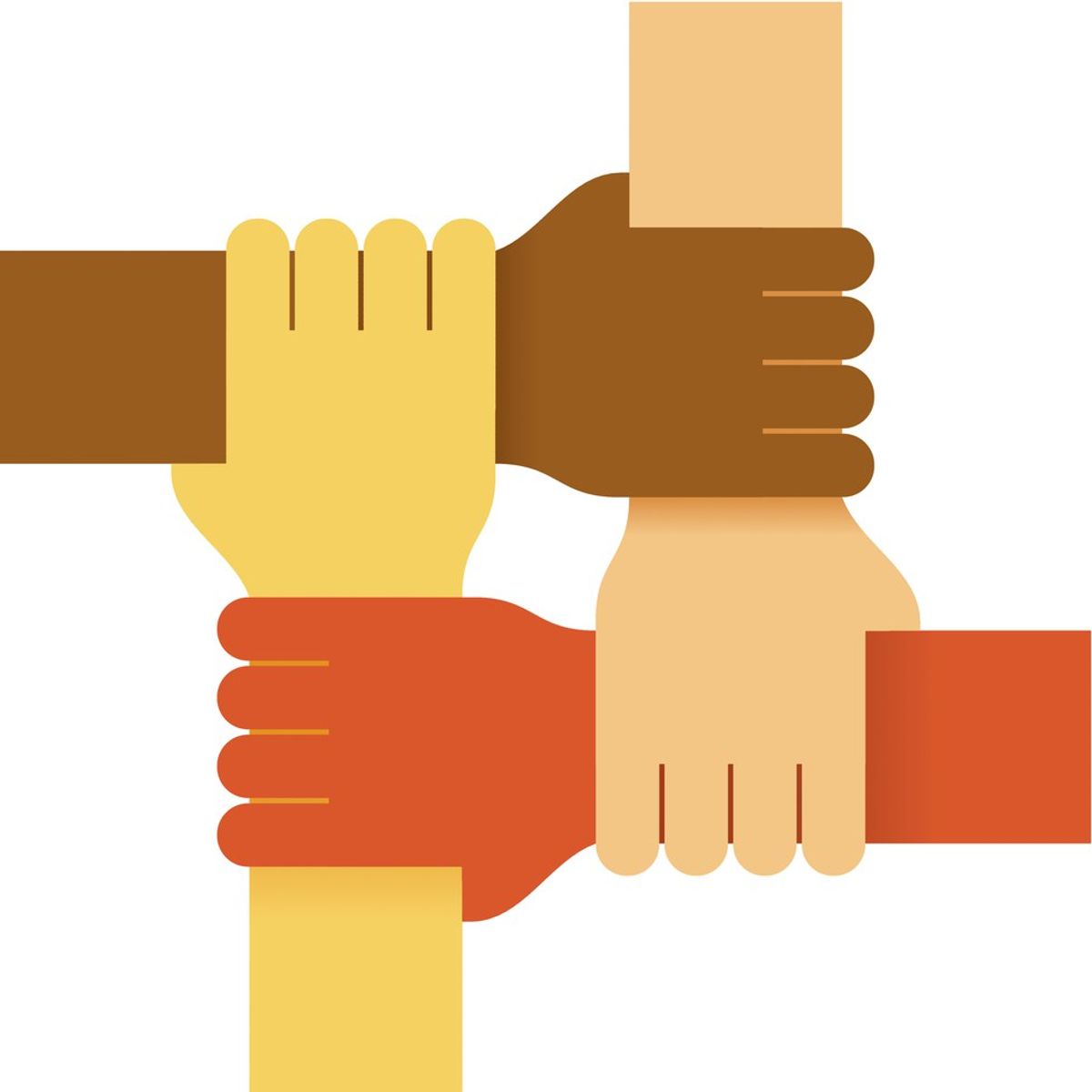 The Problem With The Word Minority

If I say “he’s a minority student,” what comes to mind? Perhaps you envision an African American male living in an impoverished home, or a Hispanic girl struggling her way through her literature course, or maybe even a wheelchair bound middle school student. The Oxford dictionary defines minority as “A relatively small group of people, especially one commonly discriminated against in a community, society, or nation, differing from others in race, religion, language, or political persuasion: representatives of ethnic minorities” (minority. n.d.). The Merriam-Webster dictionary describes a minority as “group of people who are different from the larger group in a country, area, etc., in some way (such as race or religion” (minority. n.d.). The free online dictionary defines the word minority as, “ A racial, religious, political, national, or other group thought to be different from the larger group of which it is a part. A group having little power or representation relative to other groups in society” ("Minority." Merriam-Webster.com).

All of these words jump out at me. They are all extremely subjective. People who are considered minorities are given a stamp on his or her foreheads and forced into situations because of details outside of his or her own control. The word minority has seriously damaging connotations. Minority can be seen as a dismissive, or even insulting noun. Women can be considered a minority group, in the United States women are highly underrepresented in the STEM fields, and education courses. In addition studies have suggested that women make only seventy five cents for every dollar a man makes at a comparable job. However, according to the U.S. Cenus of 2010 women made up 50.4 percent of the population, this is slightly more than half, and the word minority implies less, or at least a smaller population. (2010 Census Data, n.d.)

Therefore, I would like to argue that minority should be defined “a group of less than half of the total, a group that is sufficiently smaller in number.” I believe that “groups that are different in race, religious creed, nation of origin, sexuality, and gender and as a result of social constructs have less power or representation compared to other members or groups in society” should be considered minoritized. Women are not minorities, they are one of many minoritized groups.

(Image from Birmingham and The Civil Rights Movement, APUSH Documentary)

What It Means To Be Minoritized

People who are minoritized endure mistreatment, and face prejudices that are enforced upon them because of situations outside of their control. African Americans are often incorrectly considered a minority group. However, they are actually minoritized. During the Martin Luther King movement, and the fight to end segregation this group of people possessed extreme political power and sway. While economically, and socially, they had substantially less power, this was forced upon them. African American’s had to fight because their culture was considered minor, they were considered to be less in some way. This ideology was forced on their race over many years and through social constructs. Since this ideology is being forced on a group of people, and is so subjective, the idea of being a minority needs to be represented using a verb. Being treated in this fashion is something that is being shoved upon people; they do not chose to be minoritized.

People are forced into being minoritized

How is it that a school has mainly ‘minority’ students when the majority of their students are African American or Latino? “Kids of color represent a majority of the student body in 83 of the 100 largest cities” (Brownstein, R., & J., Boschma, 2016.) If these races are in the majority, how can it be considered a school of minorities? The term minority school is used incorrectly to refer to schools where the majority of students are low-income, and these schools often have under qualified teachers. “The majority of African American students attend schools where most of their classmates qualify as poor or low income.” (Brownstein, R., & J., Boschma, 2016.) These schools are commonly labeled as minority school districts, especially those in large cities. These students cannot possibly be minorities when they make up the majority of the school’s population. They are minoritized students; students who are facing social and economical barriers that constrict them.

This idea goes back to imprecision of language. The noun minority is not appropriate, the verb minoritized should be used. These students, despite representing the population, are facing stigmas and prejudices. A minoritized student, is a student that because of circumstances outside of his or her control has to deal with issues of racism, ableism, and teachers presuming his or her competence. A student who is gay, transgender, Latino, or disabled is not automatically minoritized. In order to be minoritized a student who is a group that is different in race, religious creed, nation of origin, sexuality, or gender is only considered minortized when the school system they are in enforces them to have less power, representation or rights of their fellow students. A student is minortized when they are pushed to the side, and mistreated because of who they are.

One extremely poignant example of a minoritized student is Ahmed Mohamed. He was an exceptionally bright student, who was able to repair a broken digital clock on his own. He reassembled it into his pencil case, and excitedly showed his engineering teacher. His engineering teacher was supportive of his creation; young Ahmend is quoted as saying that he “only wanted to impress his teachers” (Mullin, J. 2016). His English teacher was not impressed however, and confiscated the clock, and sent this young teen to the principal’s office. He was handcuffed, taken into custody, interrogated without anyone present, fingerprinted, and was forced to pose for a mugshot. Why? His English teacher accused this intelligent student of creating a bomb. He was even suspended from school. While it cannot be explicitly proven, signs indicate that this student was minoritized because of his Muslim beliefs, and his heritage. Ahmed’s parents even threatened to sue the city for civil rights infringement and mental anguish of their son (Mullin, J. 2016). Especially after the Boston bombings, and the 9/11 attack, Muslims have become a severely minoritized group of people. When these prejudices carry over into schools, real damage can be done.

History of students being minoritized

One of the most famous cases in the history of education is that of Brown vs. Board of education. This was passed around sixty years ago. It was a bill that allowed African American students to attend the same schools as Caucasian students (McBride, A. Brown vs. Board of Education, 2006). Another case that was extremely similar, however on a smaller scale, occurred in California. The Mendez vs. Westminster case involved the school districts of Orange County. Students of Mexican descent were being forced to go to separate “Mexican schools.” This was banned unconstitutional. It was the first of many ruling in favor of desegregation (Background - Mendez v. Westminster Re-Enactment, n.d.). While schools have improved on this issue at face value, many students are still being minoritized in their schools.

No group of people should be considered minor, or lesser. We are all people, and therefore, we are all equal. The word minority should strictly refer to numbers, and data that can be compared in a cumulative manner. When referring to a group of people that is socially, or institutionally forced to the margins, and mistreated, a verb should be used. People were not born to be discriminated against, yet people still use the noun minority. Most people would tell you that a noun refers to a person, place, or thing. Therefore, the usage of the word minority does not make sense. Students are not born minorities, the world and social constructs cause them to be in the position they are in. Therefore, the verb minoritized should be used instead.

1: a group of less than half of the total, a group that is sufficiently smaller in number

2: of or relating to quantities that are comparatively less

1: groups that are different in race, religious creed, nation of origin, sexuality, and gender and as a result of social constructs have less power or representation compared to other members or groups in society

2. To be a person forced into a group that is mistreated or faces prejudices such as albeism, racism, homophobia, and islamaphobia

3. To be in a small group of people that is discriminated against because of situations outside of personal control

Are you being minoritized by your school?

You are entitled to your rights! You are protected under the Title VII Civil Rights Act of 1964, The American’s With Disabilities Act and basic discrimination laws. Speak up. Ask for help.

Segregation, n.d. Retrieved August 9, 2016, from http://350cr.blogs.brynmawr.edu/files/2013/03/danv...
Report this Content
This article has not been reviewed by Odyssey HQ and solely reflects the ideas and opinions of the creator.