Millennials, Your Grandparents Would Be Offended By How Easily You Get Offended
Odyssey

Millennials, Your Grandparents Would Be Offended By How Easily You Get Offended

Oh, I'm sorry, did I offend you? Imagine a world where no one felt attacked? Well, it doesn't exist. 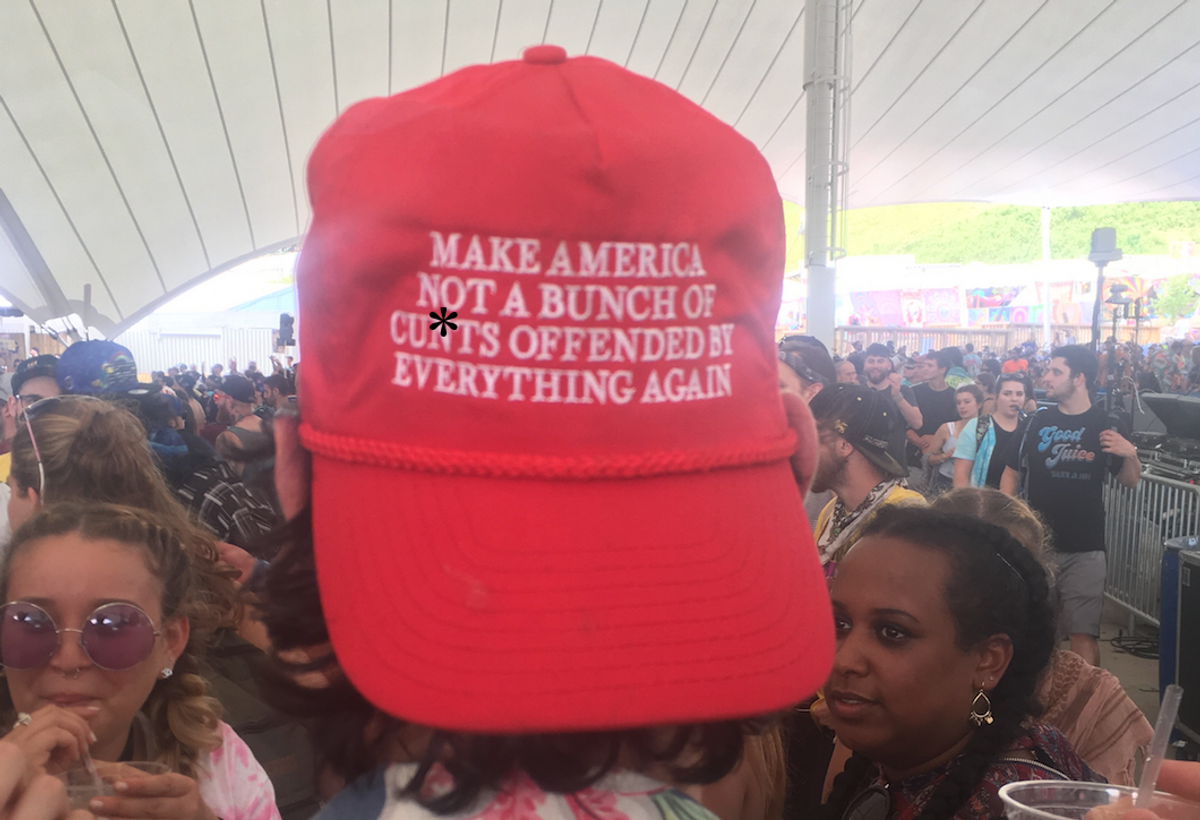 Nowadays, you can’t construct a sentence without double OR triple checking that every word or even annunciation is up to par with 2018 societal standards of political correctness.

Or at least, that’s what people want you to do.

I feel so strongly against this “safe” way of speaking - it’s devastating to the strength of our people. Generalizations are made every day; if we didn’t make them, then our casual conversations would most likely take triple the time. If you were to pick out every single exception to argumentative topics, people would need an entire day to make something come across as delicate.

Let’s name one guy Tom. He’s reading the news about conflict in the Middle East and says, “Jesus, Iraq is a sh*t-hole, what is wrong with these people?” This is a generalization for sure, but only about a short 10 years ago, people would cognitively understand the context and the fact that it is indeed a sh*t-hole…And wouldn’t start a war over what Tom said.

So now it’s 2018, Lisa slams her laptop down and says, “You know what, that’s really insensitive. There are good people over there and you shouldn’t be blaming innocent civilians for acts of terrorism!”

First of all LISA, Tom never even mentioned civilians, he never said there aren’t good people over there, never said civilians are terrorists, and in the context of this scenario no offense should’ve been taken in the first place. Generalizations aren’t always meant to be picked apart. Of course there are certain lines that shouldn’t be crossed (You like how I added that subtle hint at making the prior line less offensive?).

Moving onto my next point, in the case that a line is crossed, is it really so bad to be offended without getting triggered?

It is a scientific fact that stress can be healthy if you handle it right. So why can’t people apply that when they feel “offended.” This is a tangent, but even bullying to a certain extent is healthy. It teaches grit, how to handle the bad guys that do exist in the real world. Ever think all this anti-bullying stuff is actually making victims of bullying feel even more like victims, leading them to deeper self-hate and depression?

Just a thought, not trying to start a new controversy.

If Lisa just said to Tom, “Yeah they’ve got some issues over there,” both Tom and Lisa wouldn’t get into an entire dispute over an innocent statement. Debating is good, but the triggered people of 2018 aren’t debating; they’re screaming, storming out of rooms, calling people bigots, and making people feel like complete a**holes.

What else do I have to rant about? How about respect for authority, including your parents? The way I’ve heard people speak to their parents has made me sick at times. Then, when their parents strike back and yell at THEIR OWN CHILDREN, this generation cries and whines to their friends about how hard they have it at home. I try to understand every day how they get away with speaking like that to their parents in the first place.

Every child or teen in the history of mankind (I’m guessing) slips up and lashes out at their parents from time to time; it’s part of growing up. As a kid, I got the occasional slap; never anything abusive but I was taught a lesson when I rightfully deserved it. Yeah, it was scary, but Dad, if you’re reading, this then I sincerely thank you for that. Now I understand respect, I understand how to communicate with higher-ups, I learned boundaries. Millennials (yeah I’m one of those), most don’t seem to understand that speaking with respect gets you respect. If more people understood that, fewer people would be offended and my tuition for University wouldn’t have to fund an entire room called the “safe space.”

Our grandparents didn’t fuck around.

If you weren’t home for supper on time, it was a problem. If you got bullied, handle it, fight back, even if you don’t do it physically. They didn’t pick our parents up from school… Our parents often walked miles there and back. God forbid back in the day one of our parents spoke back to theirs; I don’t even want to know what proceeded that. You want to know why our generation is filled with self-entitled immature kids? I’m sure you can figure that one out for yourself.

All in all, I think we need to chill out. Step back and decide what battles are worth screaming about and which to brush off (should be easier now that weed is becoming more acceptable).

We need to practice respect or else this entire country is going to fall apart.

Why can’t we have opinions without ripping each other apart because we feel it doesn’t suit the needs of every culture, race, religion, political standing, and now even gender? I’m sorry guys, but I’m not going to help your case for increasing political correctness. I absolutely vow to take the relevant issues this generation is facing and speak with respect and open ears. But I apologize for the fact that I can’t always focus on the precision of my word choice in a casual conversation.