Why I Love Migos

The Impact Of Migos' Culture​

Here's my take on Culture, two years after its initial release. 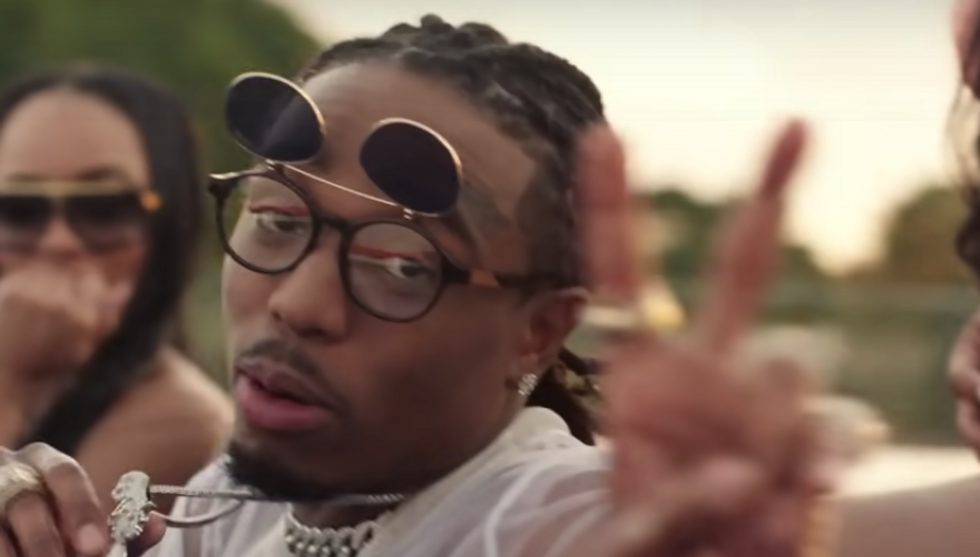 The Migos album Culture was more than just an album. It contributed to a shift in mainstream musical culture with the hit "Bad and Boujee" topping the charts for weeks in a row. I saw first hand the impact (both positive and negative) which Culture had on the landscape of my hometown Atlanta, GA, the same city in which the rap group found their success.

"They try to play us. They play themselves. This the intro. For all y'all that ever doubted the Migos, you played yourself."

The beat dropped and Takeoff's verse blasted through the car speakers, beginning the rap group Migos' newest album. It was entitled Culture, and since its release, it has become a cornerstone album within Atlanta's trap community, a vibrant hub of diversity, innovation, and art.

Yes, Migos had hits like "Versace," "Hannah Montana" and "ChinaTown" before the 2017 release of Culture. The trio-- Quavo, Takeoff, and Offset-- captured the attention of the metro-Atlanta area repping the North ("nawf") side and bringing their unique flow to the table in an already dynamic music scene.

Personally, my friends and I joke about those who rep Migos but know nothing about the 2015 "Free Offset" era, when Migos member Kiari Kendrell Cephus, popularly known as Offset, faced jail time for drug and firearm possession charges following a performance at Georgia Southern University. True Migos fans remained loyal throughout this challenging time which many critics of the group considered to be their peak after YRN's local success.

But instead of letting these challenges set them back, they built upon the media attention brought by the arrest working with their growing label Quality Control to produce Back to the Bando which included "Look at my Dab," a record which gained attention from celebrities like Odell Beckam Jr. and Cam Newton, contributing to the mainstream attention surrounding the dance move.

This was the perfect backdrop for the release of Culture, a masterpiece album featuring artists like Gucci Mane, Lil Uzi Vert, 2 Chainz, and Travis Scott.

Critics agree that the album Culture cemented the rap trio's impact beyond the trap. With "Bad and Boujee" holding the number one spot on the Billboard 100 chart for multiple consecutive weeks and even Childish Gambino giving the song a shoutout during his Golden Globe acceptance speech, the impact of Migos's album was felt throughout the country.

It was an iconic moment for my peers too, because the amount of people blasting a song which came out of our hometown was insane. However, I had mixed emotions about the success of the track.

I'm not going to lie and say that I was initially pleased by the widespread impact of "Bad and Boujee." I remember seeing one girl from my middle school who used to talk badly about the rap genre posting Snapchats on her story screaming the lyrics to "Bad and Boujee."

It was comical to note how the popularization of one song could change someone's public opinion on an entire genre. There were definitely clear appropriative aspects of the cultural shift felt during this time period. Suddenly, I saw privileged (mostly white) teenagers spitting the lyrics "I don't trust nobody, grip the trigger, Call up the gang, they come and get you" within their suburban gated communities outside of Atlanta, where ironically, residents refused to expand Atlanta's public transportation system calling the suburban county "more of a vehicle community"

I felt protective over Migos as someone who was blasting Commando a year before, unaware of their future success. I couldn't help but resent the bandwagon fans, many of whom were from backgrounds where rap wasn't commonplace in their schools, neighborhoods or households.

My friend group even created a "No Bad and Boujee" rule for car rides because of how overplayed the track was on the radio and at parties. This wasn't an issue, considering the album has other outstanding songs which I happen to prefer like Cash Clay Beats's "Kelly Price," which in my opinion, sounds the best when played through car speakers while driving down I-75 late at night.

In a different grain, I think it is important to note the power which "Bad and Boujee" had over our generation. The fact that Migos could rise from doing Gwinnett club appearances to headlining a tour with Drake which grossed $79 million is insane. I can't help but feel a sense of pride regarding the undeniable cultural impact of the project. Migos took the music industry by storm, all the while remaining authentic to their background.

I'll never forget the first time I listened to Culture in full. It was my junior year of High School. I had already heard all three singles dropped before the album itself, so my friends and I were eager for its release. We made a pact that we would all wait to listen to it together

It was a Friday night and I sat shotgun in my best friend's car. Three of my guy friends sat in the backseat as we rode around the city. Midnight struck and my friends started yelling, demanding aux privileges. I passed him the chord and he connected his phone.

We drove through the city and I felt the bass in my chest while watching my friends dance so intensely that the car shook. I looked past them, out at the green street signs of the city, barely visible in the black of the night, and realized the value of that moment. Culture was the musical embodiment of the rich culture present within my hometown, and Migos was able to share this culture outside of our city.

Now, whenever I hear the familiar tracks featured on the album, I smile, reminded of home.