"Let's Talk About It"

"Let's Talk About It" 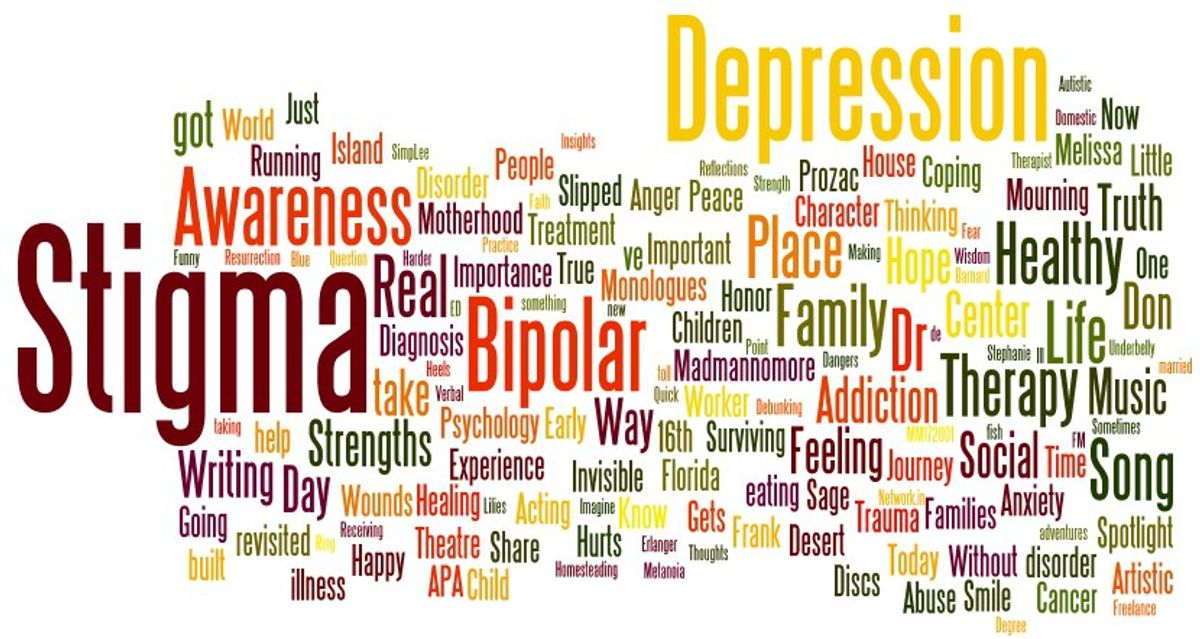 That’s the U.S. Department of Health and Human Services’ mental health slogan. So yes, let’s talk about it. We’ve all been there: “I need a mental health day,” you think to yourself after a stressful week of classes or at the end of a particularly hard day at work.

Sometimes you haven’t been there. Sometimes it’s weeks or months on end of a sort of melancholic feeling that you can’t seem to push away. You’ll have a good night with friends and think it’s okay, but then before you know it, that wave of sadness envelops you once again.

More often than not, people don’t want to name it. If they say the words out loud, there’s no going back. You can’t retrieve them from thin air. They suddenly surround you and your every movement. You become a statistic. You’re the real life victim of an actor’s portrayal in a medication commercial. You’re the stigma.

Let’s talk about it. Why does a stigma surround mental health? Is it because after tragic mass shootings news outlets plaster the fact that the shooter was an undiagnosed schizophrenic? Is it because if you’re a college student whose not having the best time ever, as “reflected” in movies and magazines, something is wrong with you?

According to the National Alliance on Mental Illness, in the United States, “One in five adults experiences a mental health condition every year.” The same source notes that, “Depression is the leading cause of disability worldwide, and is a major contributor of the global burden of disease.”

That being the case, why, as a society, are we still viewing mental health and mental illnesses as a disgrace of sorts?

As a result, “Nearly 60 percent of adults with a mental illness didn’t receive mental health services in the previous year” in the United States.

Let’s talk about it, but let’s also change the conversation.

When we see videos or hear stories of a community rallying around a young child with cancer or the heartbreaking tale of a family losing their mother to heart disease, we don’t blame the victim. That’s the last way people react. Instead, we host fundraisers and run 5ks and establish foundations for research and volunteer our time at hospitals.

We don’t do that with the victims of mental illness, despite it being one of the most prevalent diseases in our society.

Let’s not just associate mental illness with the disastrous effects of a school shooter or as an abnormality among a singled out teen.

Let’s tell the stories of victims, those who experienced a traumatic life experience such as war or a death in the family, and prevailed. They received treatment in form of a counselor and medication and live stronger today to tell the tale.

Let’s be smarter in our word choices and abolish the idea of blaming the victim of a mental illness. Let’s talk about all the warning signs, the symptoms, the treatment and the support available in a way that rivals that of types of cancer, because yes, they are both diseases.

Let’s talk about it.