We Have Women's History Month, Men Are EQUALLY Deserving Of Their Own Month

Women Have Their Own History Month, So Where's Men's?

It's time for equality for both sexes. 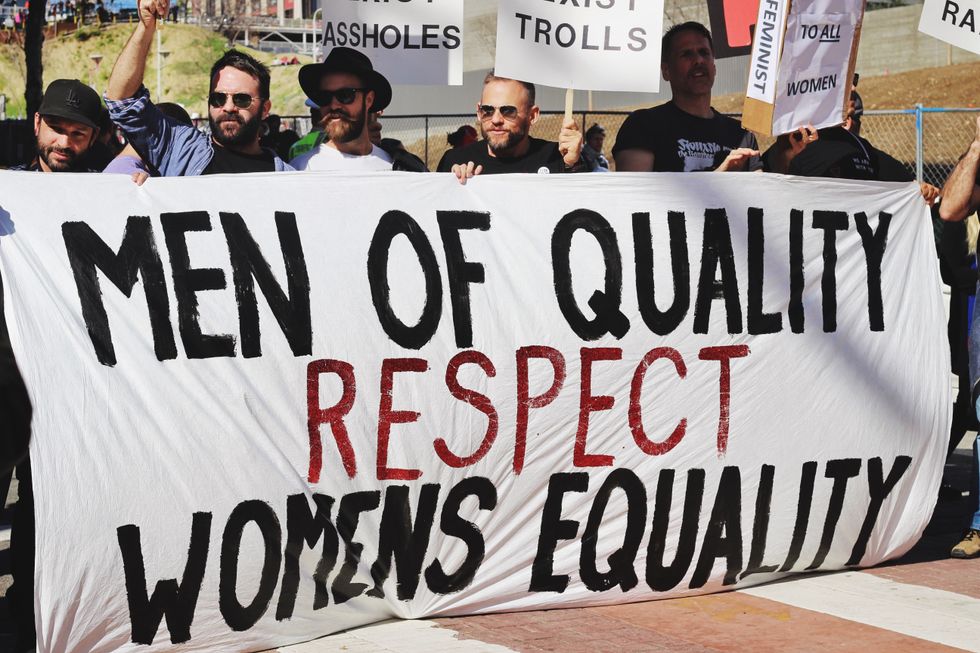 March, as some of you may know, is dedicated to celebrating women's history. During this month we celebrate all of the change trailblazing women have made in past years for women's rights and equality. From Ruth Bader-Ginsberg and Susan B. Anthony to Malala Yousafzai, women have been fighting for equal rights since the beginning of time. Women have worked to gain the right to vote, are still working for equal pay, and are fighting for equal education around the world.

Sure, there have been countless men who have changed the course of history through their inventions, discoveries, and leadership, but at what cost? Men's success has historically come at the cost of women's success and rights. Men have oppressed women for centuries. According to Business Insider in 2018, to every man's dollar, a woman will make about eighty-cents. According to CNBC, there are only twenty-four females in CEO positions across Fortune 500 companies, which accounts for 4.8% of all the companies included. As you can tell, men have an unfair advantage the moment they step into the working world. Simply being a man gives them an advantage, not only professionally, but in other aspects of life as well.

Can you name something every single POTUS has in common? Yes, they're all men. Men have dominated politics since a formal government came about in The United States. The problem with that is, men are making decisions for laws that regulate what women can and cannot do. It was not until 1920 that women were granted, by men, the right to vote in elections. Before 1976, no group of women had ever been allowed into a military academy. The laws that had previously prevented these things had been made up by men. Men have practically decided the fate of our country since the beginning, and, as a nation, we don't exactly have the best track record.

There have been many instances in which women had to overcome the power men have in order to get what they want, including the right to vote and join the military that I mentioned previously. The thing that is most shocking to me is this is still happening today. In February 2019, The Trump Administration announced they would block funding for Planned Parenthood. Planned Parenthood, unfortunately, has been viewed as a place to go if a woman needs an abortion. What some men can't seem to understand is that there are so many services that Planned Parenthood provides at a low cost such as birth control, pregnancy testing, STD testing, LGBTQ+ services, and emergency contraception. According to The Washington Post, only 3% of the services through Planned Parenthood per year are abortions. The problem with men deciding what should happen with women's bodies and pregnancies is the fact that they're men. Man or woman, I don't care what your views on abortion are, but men should never be in charge of what will and will not happen with a woman's body. No ovaries, no opinion.

Men are given things women have to work twice as hard for with no hesitation. Men have oppressed women and their rights forever, so why should they get their own month? In my opinion, we don't need a month to celebrate men because they are already celebrated every day with their high-paying jobs, their seats in high political offices, and overall domination of today's society. Men have had the opportunity to make a change and fight for women's rights forever, but little change has been made due to what men have done.