Maybe we can all start following in their footsteps and make a conscious effort to show the world who we really are, too. 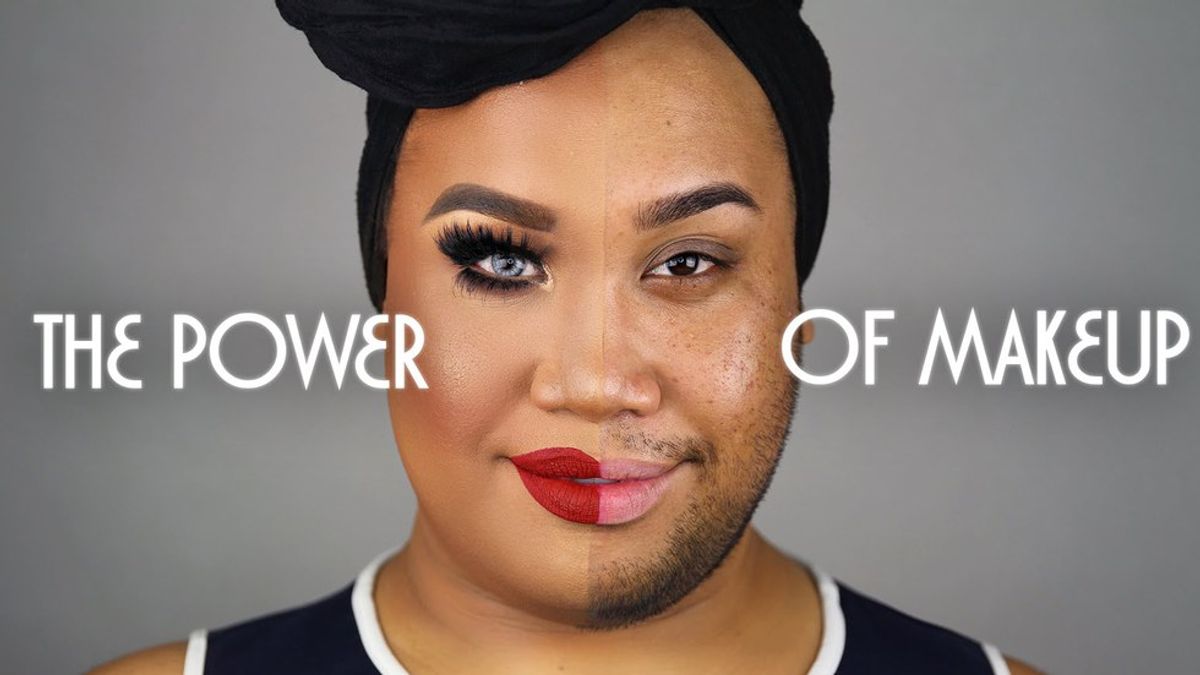 I have a very open mind and it takes a lot for me to be truly uncomfortable with something. I realize this and I also realize that there are a ton of people who aren't like me in this regard. And although there are many topic that should be discussed, we're going to talk about why it's more than okay for men to wear makeup and be involved in the makeup world.

The most basic reason and the most important reason are the same: being yourself. We're constantly telling people, women in particular, that they need to look past the negativity and do what makes them happy. But that applies to everyone. It doesn't just stop at women and it doesn't just stop when someone starts to feel uneasy. What other people choose to do or wear or be has literally nothing to do with anyone except themselves.

Who are we to judge what makes someone else happy? If someone chooses to spend their time in the gym or if they make art or play video games or read or whatever they want and that's what makes them happy, then that's what they should do. We don't throw fits when we see bodybuilders or workaholics, and we shouldn't throw fits just because something might make us uncomfortable.

People need to stop categorizing and giving a title to everything anyone does or likes, and just because traditionally something is "meant for boys" or is "girly" doesn't mean the opposite sex can't participate in whatever it is. Women can be businesspeople and politicians and mechanics and farmers and soldiers and carpenters and police officers and anything they want. Women can wear basketball shorts or pantsuits or have short hair or choose not wear a bra or shave their legs if they please.

The same goes for men. Men can be nurses and teachers and stay-at-home parents and fashion designers and secretaries and men can cook and clean and do laundry and whatever else they choose to do. Men can wear pink and purple and pastel colors and leggings and tights and skirts and dresses and nail polish and makeup if they damn well please. Because it's their choice. Not yours or mine or anyone else's.

We need to stop feeding into gender norms and saying it's okay for women to be or do whatever they want but when it comes to men we turn away and pretend we don't see people being called names or being harassed and attacked for deciding to do what makes them happy. We should be praising people who are doing what they love. People like James Charles (who is CoverGirl's first ever Cover Boy!), Manny Mua, PatrickStarrr, Troye Sivan, jeffreestar, and so many more inspirational men who are pushing the boundaries and showing the world that it's okay to show your true colors and be who you want to be. People like this need to be praised and rewarded for being brave enough to fight against the negativity and hatred.

And especially people like Andrew Smith Rodriguez whose Odyssey video inspired this article and who are doing these incredible things and inspiring people on a more personal and local level.

Please check out Andrew's video below along with a couple other inspirational and insightful videos about men in the makeup world.

And maybe we can all start following in their footsteps and make a conscious effort to show the world who we really are, too.