In Memorium: A Tribute to Chuck Berry
Odyssey

In Memorium: A Tribute to Chuck Berry

A pioneer, a legend, a hero. 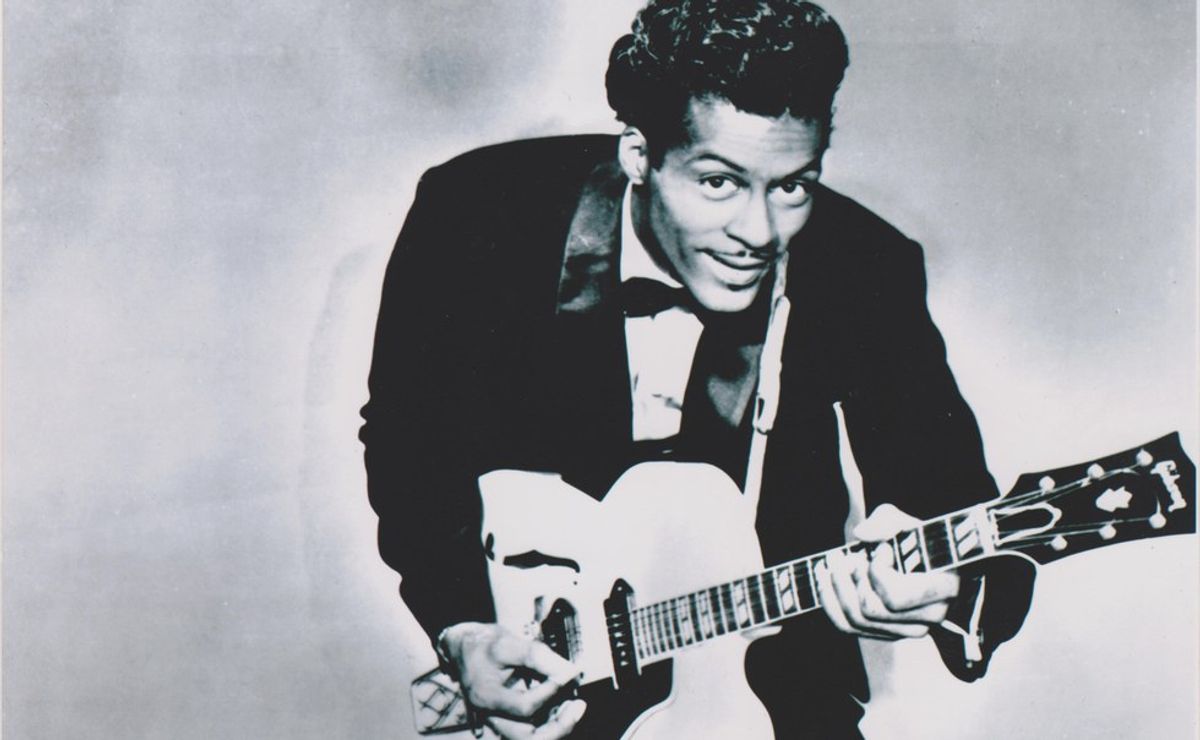 Rock and roll lost one of its founding fathers on March 18, as Chuck Berry passed away in Wentzville, Missouri. Although his passing was over one week ago, his significance and importance to the birth of rock and roll, and to music as we know it, has not been forgotten.

Born on October 18, 1926, Charles Edward Anderson, later to be know as Chuck Berry, was a middle-class African American man from St. Louis, Missouri. His interest in music began when he was in high school, with his first live performance at Sumner High School. Unfortunately, Berry had a rocky transition from his early music career into his famous one. After settling into the married life with a full-time job at an automobile plant, Berry replanted his musical roots, slowly blossoming into the rock and roll legend he has become.

As a musician, a singer, and a songwriter, Berry shifted his focus on teen life and consumerism, while developing a musical style that included guitar solos and elaborate showmanship. He redefined rock and roll, influencing the bands and artists in the years to follow.

Other pioneering rock and roll groups of the late 1950's and early 1960's, including The Beatles, The Rolling Stones, Buddy Holly, Bob Dylan and The Beach Boys, were all influenced by Berry's distinctive style. These bands, along with countless others after them, have defined rock and roll into the genre it is known as today, all thanks to Chuck Berry.

As John Lennon quoted, "If you tried to give rock and roll another name, you might call it 'Chuck Berry'." From his personal life to his definitive career, Chuck Berry is a name that will never be forgotten. In some way or another, his music inspires not only me, but those who avidly listen to any genre of rock music, from any decade. In parting, thank you Chuck Berry for paving the way for decades of musicians and lyricists to follow. And most importantly, rest easy Chuck, you definitely deserve it.