All about him and his beautiful soul. 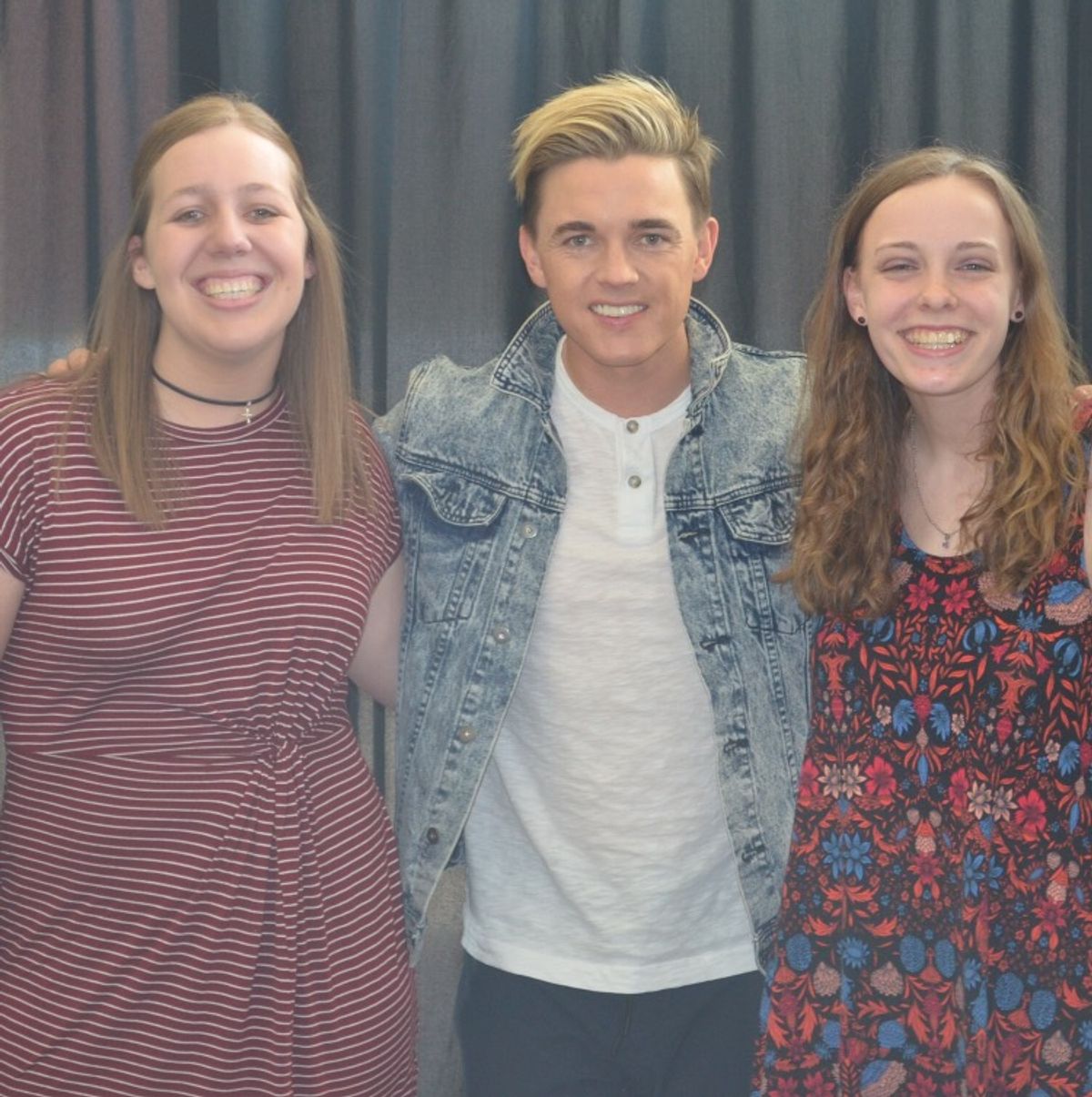 If you asked almost any girl from the 2000’s who their childhood crush was they would either respond with “Aaron Carter” or “Jesse McCartney”. My mine was the latter. About a week ago, I got to meet Jesse McCartney. As I type these words, I don’t believe them, but it’s true. “Beautiful Soul” was all I listened to for at least three years of my life and lest we not forget the iconic episode of The Suite Life of Zack and Cody he guest starred in, in which we all were Maddie and London.

Jesse came to Ball State University as a part of his most recent college tour and as a part of Ball State’s annual concert series. I paid a total of $45 for tickets, which included a meet and greet pass! This is an incredible deal, especially considering I have paid over $100 to have less than amazing seats to just merely attend a One Direction concert. I bought these tickets back in March I believe, and I’m not going to lie, I definitely forgot about them.

It was until Jesse started posting stuff about arriving in Indiana that I remembered, and promptly felt like throwing up from excitement. When the day finally around, I sat in Pruis Hall (the lecture hall where orientation was held, ironically enough) for about an hour before I was escorted to wait in line to take a picture with the teen heartthrob.

I shook Jesse McCartney’s hand, introduced myself, and had a professional picture taken with him. That was it. And to be honest, that’s all I really needed. I’m not an outgoing person, I’m not someone who can just give celebrities kisses on the cheek (I think that’s kind of weird too, to be honest), so what else would I have done? Like, what was I supposed to say to him? “When I was seven, I was obsessed with you?” It would have been so incredibly awkward, and I’m glad the situation didn’t present itself.

As for Jesse, he looks freakishly the same. He’s thirty years old now (how old does that make you feel?), but he honestly doesn’t look a day over twenty. He doesn’t have the shaggy haircut he used to, but let’s face it, that hasn’t been since like 2004, so thank god. He’s evolved from being the teen heartthrob to being well, honestly, hot. And he knows it. He was a lot sassier than I remember, even funny. He reminds me of a younger Justin Timberlake with less facial hair.

About an hour after I met Jesse, the concert started. I couldn’t have asked for more, just like with the meet and greet. My friends and I had very good seats, I swore Jesse looked right at me a few dozen times (just let me have this one). The concert was just over an hour, which was the perfect amount of time. I don’t know a lot of his songs, besides the most popular ones, and he had pretty much played all the ones I knew/wanted to hear by the end of his time in Muncie. I didn’t have to feel awkward/uncomfortable because I didn’t know the words, but I also didn’t feel like I was duped.

Jesse played hits such as “Leavin”, “Shake”, “How Do You Sleep”, and many others. I was surprised to find that Jesse isn’t just someone who tries to chase the fame that he used to have, he continues to produce new music and also provides commentary between the songs, just like any other performer. He even has more than a few dance moves. After about an hour, Jesse bid a sold-out crowd goodbye. Outraged that he had not played the obvious fan favorite “Beautiful Soul”, the crowd (including myself) chanted his name until he returned, a large grin on his face. “Oh, did I forget something?” He joked, breaking out into the most played song on every Walkman in 2004. And let me tell you, it rocked my world.

Jesse McCartney allowed me to live my seven-year-old self’s dream for one night. And honestly, I couldn’t have asked for more.