A Meditation On Romanticism

"romanticism" as survival, hope, a portion of identity 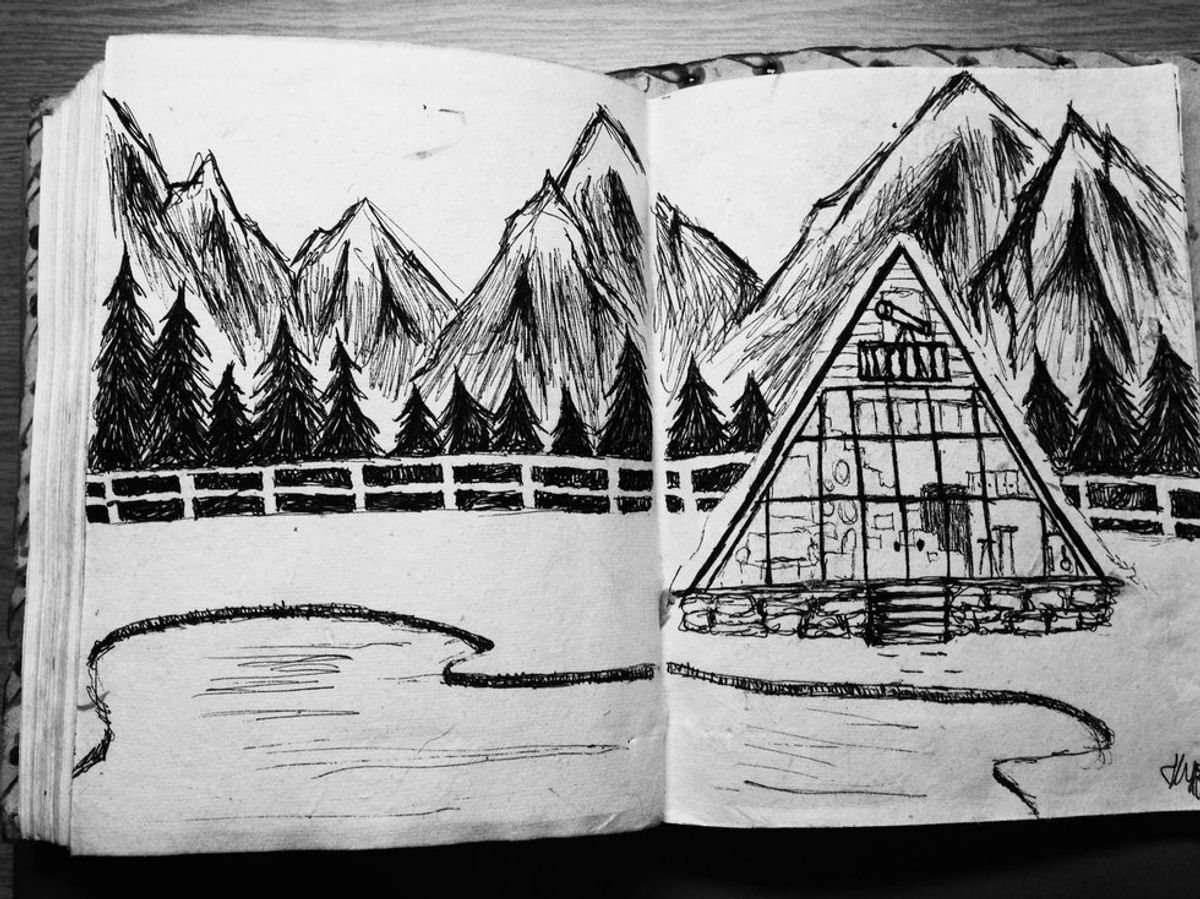 Every night I interrogate my dear, dear love with open-ended, flexible, big questions like What would make you happy? What's something beautiful in your life? How is life? How are you as a person? and he almost never answers, but I keep asking because I always hope that maybe eventually I'll get to peek into his mind. I told him that, and he said it was depressing that I thought that way, and I ask him why, and he said because I always get let down. I said my hopes are never let down because I refuse to let them fail. Then resilient, I guess, he says. Anyhow, on to the point. I told him it was his turn to ask me a question and the conversation goes as follows:

"What's your favorite building material? For houses or the like?"

I smile because I like the question and because I think it's very telling of him and of the perceptive difference between us. "You've asked me that before."

"That's what I would have guessed anyway."

"Do I romanticize things?"

I laugh at the quickness of his reply, but, at the same time, it scares me a little. I knew I was romantic, but I've always hoped that I'm not overly romantic. I don't want to be unrealistic, and I don't want to be out of contact with what is actually going on. I want to be in tension, because tension is productive. And that sentence, this example, exhibits me as existing somewhere between the literary and common definitions of "romantic."

And still, me wanting to exist in tension, preaching about existing in tension, whenever I get really stressed or whenever I want desperately to go backwards in time or whenever the distance starts to burden me, I do go to a stone house. I go to a stone house that's warm and bright with large windows and green vines spidering up the walls. And it's populated almost exclusively by things that will never happen, and I know that. But it's grounded in a very real desire, and in very real experiences. Then, other times, I'll go back to a memory and rework it until I feel like I can keep moving forward.

But I like to think I hold these things, these romantic images, loosely enough that I still manage to exist in this world. If I don't, I know that I should, that I have to, in order for romanticism as survival to work. I like to think I exist in tension between my romantic desires and the reality of life (sometimes, and sometimes I get too romantic or too bound), and I know, whether or not I'm right about how it happens, that it helps keep me moving forward. But it's more than survival. I like it. It colors my vision and memories and future, and it is part of what defines me.

I should mention that he didn't mean anything by it; his voice got softer, and I laughed because I imagined he was smiling. Stone is romantic, but it's also quite strong. Do I romanticize things?

I told him once, a long time ago, that I would do my best to make his world vibrant. He said he had never heard those words that way, but that they were good. I think I probably fail most of the time, but then it comes back to me, and I remember that I promised it, and I think that's good because I try to make it true, even though I can't.

I drew him a picture once, too. In pen. It was a pretty stone house. And I said "someday," which is probably not true, but it also is.