Hollywood has misrepresented the Greek-Life system for too long. 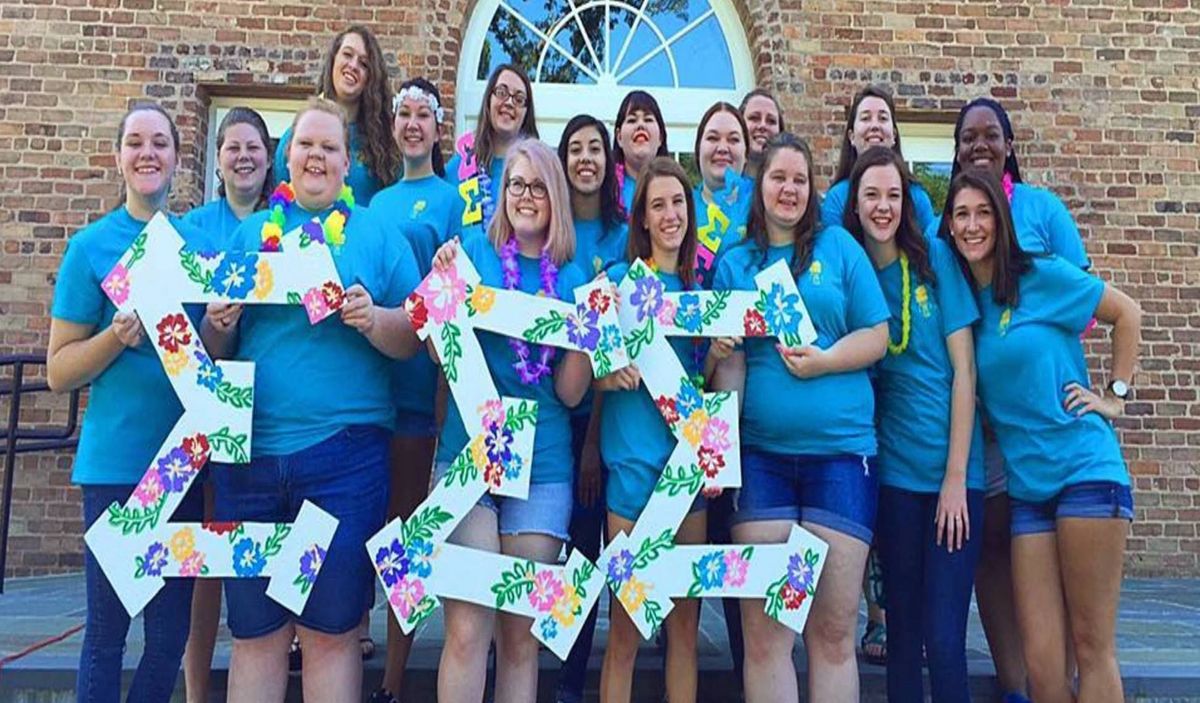 If someone told seventh-grade-emo-phase me that I would join a sorority in college, I would have rolled my eyes and gone back to listening to my very angry music.

It wasn’t something I ever expected to do in life.

I honestly believed Greek Life consisted of everything I’d seen in movies like Sydney White and House Bunny. According to the media being a member of Greek Life means sacrificing individuality and being immensely shallow about superficial things such as physical appearance and material items.

It didn’t take me long to figure out how much Hollywood has misrepresented the entire Greek-life system.

For decades the media has portrayed the average sorority woman as a blonde bimbo with a flat personality. They have let people believe that our only goals in life consist of having the biggest Greek love affair with a Frat Boy named Chad and partying all night.

Hollywood has painted this picture of the typical sorority girl and it’s not flattering at all. According to them, we’re not smart, we’re selfish, we’re rich, and we’re entitled.

I’m here to say that I’m not that image at all. For starters, I’m not skinny, or blonde (anymore), and I have a pretty solid GPA (like pretty much all sorority girls do). I don’t like to party every night of the week and I don’t care about Vineyard Vines or Lilly Pulitzer at all. While I was an active member in my sorority, I had to work so I could afford my dues.

And even if you do like all those things and you’ve never had to work a day in your life, that doesn’t mean you are any less of a human being and deserve to be treated as if you are a mean, horrible, moronic person like certain media suggests.

I had the chance to attend a small liberal arts college for two years before I transferred to a bigger university. I joined Sigma Sigma Sigma at Barton College during my Sophomore year and it was the best decision I ever made. It also wasn’t a choice I took lightly.

Before I even decided to participate in recruitment I did my own research. I read all the information I could about the two sororities on campus and I immediately fell in love with Tri-Sigma’s philanthropy. Even though my heart belongs to Tri-Sigma, I can say that both sorority chapters have amazing, smart, kind, and overall exceptional women in them.

The sorority stereotype was created by people that have never experienced Greek Life for what it actually is. It is the chance for women of different backgrounds and culture to come together to better their communities. It is a chance to meet people that you would never have met and to learn from them.

It is a chance to have a support system when things get rough, academically, and personally. And more importantly, it is a chance for personal growth and the development of leadership skills that can be used in the future.

I was lucky enough to experience this first hand and I suggest that anyone who isn’t sure what Greek Life is or feels that it is exactly like that one movie, take a step back and really evaluate it. There’s a lot more to being Greek than what Hollywood would want you to think.