5 of my favorite songs from Valley's most recent album "Maybe, Maybe, Maybe." 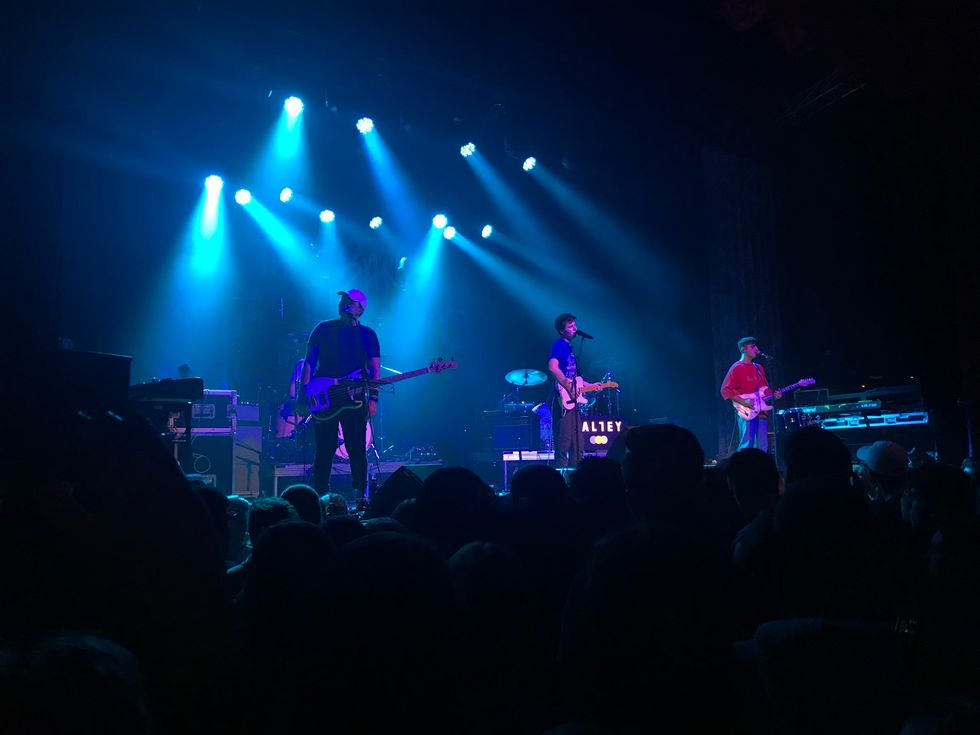 On October 17th, I went to the Variety Playhouse in Atlanta to see my favorite band: The Band Camino. I had seen them play live once before at Ben Rector's Magic Tour but I had never been to one of their headline shows. I bought tickets in May while I was on vacation in London and I had been looking forward to this day ever since. The concert was unbelievable. It was so inspiring and joyful. It was so clear that both The Band Camino and their opening act, Valley, loved their jobs so much and cared deeply about the music they put out into the world. Yet somehow, they managed to not take themselves too seriously as the same time.

I had listened to Valley before attending this concert and knew I already loved their music. However, I wasn't expecting to fall in love with their personality too. As a group, they are relaxed and approachable. From a songwriting perspective, I am in awe of the lyrics and sound. They are one of those bands where I wish I had been the one to write the songs they sing.

Valley released an album recently called "Maybe." It's 18 songs of feel-good, artistic, lyrical genius. The instrumentation is soothing and impressive. While I could talk about all 18 tracks, I have some favorites that I think you must listen to.

1. There's Still A Light in the House

There's something about this song that makes me want to move to a big city, fall in love, and explore all of the hidden gems among the noise. Yes, this song will make you want to dance or at least sway a little but I highly recommend taking the time to listen to the lyrics. They paint a picture that makes you feel like you have been dropped onto the streets of New York City with all the freedom in the world to make it your own.

"I'm not sad, I'm just built by design in a boxed-up suburb in the cut of the light. Where you can drive away in your sports car replica. Where you can wait on another day to get yourself out in the rush. Say you're gonna come back, thinking you'll never come back." First, this song is stunning. The composition is impeccable, Atlas' vocals are pure gold, and the instrumentation compliments the lyrics in just the right way. For some reason, this song is one of my favorites to listen to when I'm walking to and from classes. I hear the music completely differently each time depending on my surroundings but the feeling it leaves me with is always the same: peace.

"We wanted to make the song sound the way the world and our lives felt at the time. Lots of chaos, yet lots of beautiful people fighting for the right things, lots of push and pull, lots of voices being heard and being silenced." Park Bench is kind of heart-breaking. It brings to mind a phrase that many use to describe my fellow Gen-Zs: we are a "microwave generation." Supposedly, we are people that require everything to be instant. We expect change to happen now, without a long journey to get there. Our attention spans are getting shorter and shorter, and we all require immediate external validation in order to feel at peace with ourselves. It is heartbreaking. Yes, there is so much bad in our world right now. There is more pressure now than ever on my generation to fix it. Yet, it is not all doom and gloom. I think that is what Valley is trying to say. We aren't doing nothing but we definitely aren't doing everything we can. At the end of the day, is that enough?

4. A Phone Call in Amsterdam

A Phone Call in Amsterdam is about a long-distance relationship and the anxiety that distance can cause for two people. This song has a sound typical of Valley and similar to Sports Car. I love how honest the lyrics are and simple the production is. I will always love this song because it is classic and timeless in both music and meaning.

5. Boys and Girls of 2018 and Everything in Between

I absolutely love this song. It's short, peaceful, and genuinely beautiful. I have listened to this many times late at night when it's dark outside and I'm feeling creative or introspective. When I first heard the lyrics, I was taken aback by the line "another generation dying." But when I returned to the song, I began to understand that, that is exactly the point. We should be taken aback by that because it is the reality of our world. Life is short, so we should treasure every moment of it.

To be honest, most of my comments for each of these songs are my personal interpretation of the songs. I have absolutely no idea if this is actually what Valley intended for the meaning or what they really were writing about. But that is one of the reasons I love this band and their album so much. You don't have to stay in the box that a set of lyrics has confined you to. You can take their music and make it what you want or need it to be.