Your Complete Guide To John Mayer's New Album
Odyssey
CurrentlySwoonLifestyleHealth & WellnessStudent LifeContent InspirationEntertainmentPolitics and ActivismSportsAdulting
About usAdvertiseTermsPrivacyDMCAContact us
® 2023 ODYSSEY
Welcome back
Sign in to comment to your favorite stories, participate in your community and interact with your friends
or
LOG IN WITH FACEBOOK
No account? Create one
Start writing a post
Entertainment

'I May Be Old And I May Be Young, But I Am Not Done Changing' 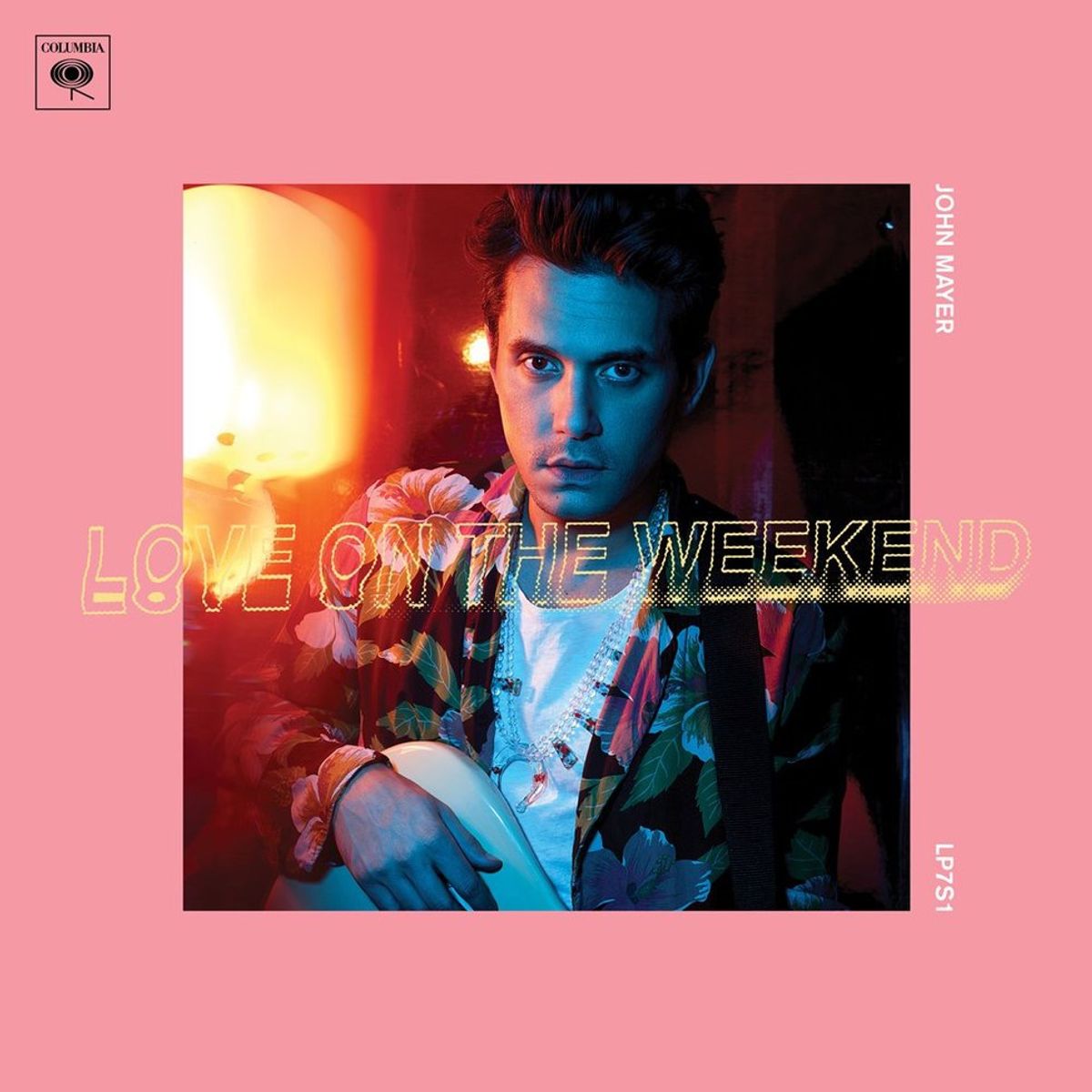 John Mayer is back and so far better than ever. Since just releasing four tracks off of his new album, "The Search for Everything". Mayer has begun his plan on how he will release the tracks off of the new record. Instead of, releasing the entire album at once or a tune here and there then the album. Mayer has decided to release the four songs at a time until the whole album has been released. This is definitely something that has never been done, but leave it up to John Mayer to do something that's quite interesting. This way each track gets noticed equally and fans are getting more and more new music every few months.

John Mayer has delivered us four incredible tunes that bring back some of his beginning styles and some new ones. As Mayer, is getting older he has started to think and even sing older. The song, "Changing" indicates that John is getting older and that he is changing as well as everyone is as time will eventually pass us by. "I may be old and I may be young, but I am not done changing." are wise words from Mayer that speaks volumes to all of us. As Mayer expresses that he may be getting older, he is still pretty young for the most part. John wants people to know that he's not done changing and we shouldn't be either. Changing is a part of our nature. Mellow for the most part, the tune finally receives some life when John gives one of his famous electric guitar solos. "Changing" is a fantastic track that tells the truth; we're all old and young and it's okay to change because believe it or not, we're always changing.

"Moving On and Getting Over" is another tune that was just recently released for the first part of Mayer's "The Search for Everything". This tune exhibits a style that we have heard from John before, yet is also different. From the catchy chorus and peaceful vocals to the forever spunky, but always appreciated and needed guitar riffs by Mayer; helps keep us on our feet as you get a chill down your spine because the music is so refreshing and well, just plain good! "Moving On and Getting Over" is a great anthem for anyone that is dealing with some sort of breakup and is trying to move on, but also trying to get over the breakup as well. In this track, John expresses the truth by saying that moving and on getting over are actually a lot similar than we think and we all go through times in our lives where we trying to move and get over something at the same time. Another great tune by John for Wave One of "The Search for Everything".

"You're Gonna Live Forever in Me" begins with whistling that sounds very similar to something you'd hear in Toy Story. With intriguing lyrics, the tune starts to really "touch" you and begins to dig deep into your skin. With beautiful vocals and deliciously wonderful chords, the song can only get better. As Mayer, starts to sing about the moon and how it has something to do with the sea as it almost controls it; we also get to hear how time is always surpassing us and has the upper hand. Or as Mayer depicts it, "time leaves no food on the tree" spoken very wisely from John. "You're Gonna Live Forever in Me" is something that we've never heard from Mayer before, but I must say that all of his fans, as well as myself are very appreciative of it. This track really speaks a thousand words.

"Love on the Weekend" is the last tune on Wave One. A feeling of happiness occurs as the tune begins. With a slight feeling of pop rock, Mayer starts to take us on a trip of how good it is to be in love especially on a weekend. "I hate your guts, cause I'm loving every minute of it" is perfectly executed by Mayer as he tells the truth when you're having so much fun with someone you love; you start to hate them in a good way because of how amazing they are. Smooth and soulful vocals only help make this track better. With a similar vibe to some of his older stuff, John still continues to give us incredible music that can instantly make anyone feel better no matter the mood they are in. "Love on the Weekend" is a great tune to relax to and even go out driving too.

I speak behalf on all of John Mayer's fans. Thank you so much for releasing Wave One for "The Search for Everything" as we are very excited to hear the rest of the masterpiece you have created. As we continue to listen to these four songs on repeat, we want you to know that we appreciate you and your music very much. Please John, never stop creating music; you have made so many people realize what music really means and I personally thank you for that.

I recommend that everybody checks out Wave One for "The Search for Everything" by John Mayer.