Mary Tyler Moore; The Best Role Model For Women In The Workplace
Odyssey

Mary Tyler Moore; The Best Role Model For Women In The Workplace

A Few Facts and Some Reflection on Feminism 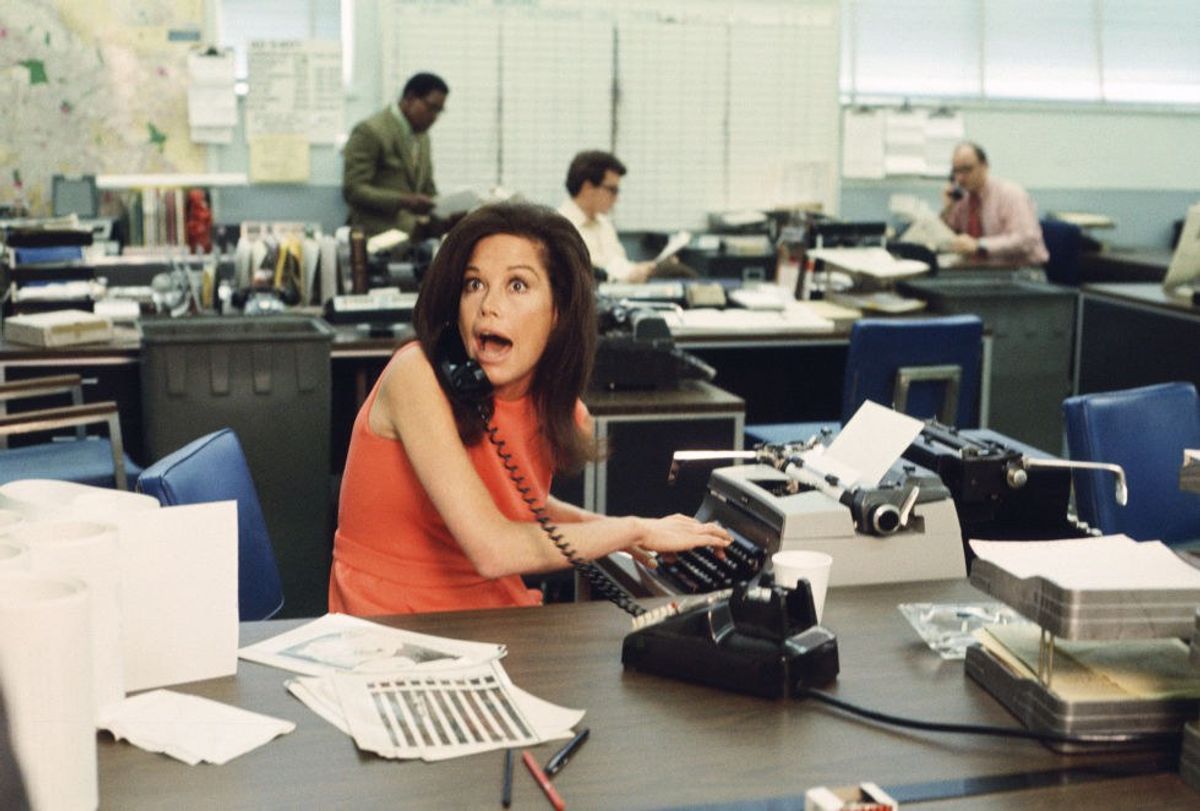 I’ll always be thankful that art can influence culture. The Mary Tyler Moore show was an example of how the world was changing and represented the rising up of women in a new light. Reading about the late Mary Tyler Moore made me realize what an important icon she was to the modern woman of her time. The woman was an example of workingwomen in her day and was a key player in trailblazing the norm for all of the changes that were taking place within the sixties. It’s a bit mind-boggling to reflect on all of the changes to the law that were made in this decade concerning women, mostly because, in our time, they are considered normal, usually without a second thought.

A few of the laws worth reflecting on are as follows….

1963 The Equal Pay Act is passed by Congress, promising equitable wages for the same work, regardless of the race, color, religion, national origin or sex of the worker.

1964 Title VII of the Civil Rights Act passes including a prohibition against employment discrimination on the basis of race, color, religion, national origin, or sex.

1969 In Bowe v. Colgate-Palmolive Company, 416 F. 2d 711 (7th Cir.1969), the Seventh Circuit Court of Appeals rules that women meeting the physical requirements can work in many jobs that had been for men only.

Mary Tyler Moore was the ultimate role model for the modern feminist of her day because she was talented, classy, beautiful, yet strong and independent in a way that was fierce without being offensive. Personally, I do not consider myself a feminist by today’s standards solely because of the assumptions that can be paired with such a statement (that I support abortion). Though, given a different decade; I feel that I would have been nothing short of affirming for feminist ideals.

As a woman, I cannot imagine not having the rights that I have today. I am very thankful for the freedom to work, to vote, freedom from discrimination in the workplace, and the career opportunities that women once did not have. Acutely aware of how this article may be received in this day and age, I want to be clear to say that I don’t fully support equal roles within men and women. I believe there are jobs that were created specifically for men for a reason, and vice versa, that there are jobs that were created specifically for women to do and for good reasons that which honor the way that we were made. I will say that I believe there are times when men have roles that women are just as capable of, though I don’t advocate for the mentality that “anything he can do, I can do better” which I say (timidly), that I hear from some of the modern day feminists quite often.

Before you continue reading, please know that it is a combination of subcultures that contribute to this response and that I, in no way, am claiming to be an expert on the subject, I simply want to share a lady-like view that responds according to the times. Again, stressing that I’m stepping out in faith with these thoughts and questions…

The problem is that some of the key role models in feminism today are much looser and are contributing to the objectification of women. There seems to be an expectation that one can dress promiscuously because of "empowerment" and then a further expectation to not receive negative attention for it. Instead, the same kind of respect is being demanded. Do we not see how the problem is being
perpetuated when women are looking to other women that allow themselves to be sex symbols? It's like a vicious cycle.
It’s almost like having the expectation of “have your cake and eat it too”. Plenty of women in present day have managed to look beautiful, professional, and classy in the work place and gain mutual respect from their male colleagues. I would be so bold to say that those women are most likely frustrated with the vicious cycle all the same. They feel that their ability is seen as lesser while their sex is the only focus. It’s this perspective that I think has clearly stirred the hearts of women all over this country to march and to declare things like #NotMyPussy and #NastyWomen. They have a point to do so when they feel that they are being reduced to their sexuality. But yet our culture is continuously normalizing that same objectification creating a double standard.In no way do I want to indicate that it is only ever “our fault” or “their fault” but there is a small piece of ownership that I think can be missing on BOTH sides that only makes the problem worse. Mind you, I’m referring to sexual assault and/or harassment of any kind. It’s not always one sided, but to a lot of working women that I'm hearing from, it is absolutely one sided and that is why you are still hearing about feminism. sometimes may be one-way motivated...if you know what I mean? I bring this up specifically because it’s been on my mind a lot lately and because I have a lot of friends in working positions that have felt objectified and neglected for the sole reason that they are women.

Women want equality because they want to be respected for what they can offer beyond their gender. They want respect for their brains, not just for their sex.

The other side of this, is that women are feminine and should be able to "dress to impress" for the fun of it. Is it really too much to ask to be free to do so and still demand respect? It shouldn't be, but for some reason it is. What makes it difficult? The women that help objectify themselves without a second thought. Maybe that's harsh, but that is undeniable.

I can’t speak as though I’ve been a victim to this in the same manner that some of my peers have been. Though I have experienced enough of being a woman and of being in the work place to see why ownership of these issues is important, placing blame is never the answer. One of the reasons that you won’t find much feminism talk from me is because there are so many assumptions associated with it. But the reason I feel conviction to speak to it is because I’m so thankful to have the rights that I do have and refuse to take them for granted. They are an important part of history and an even more important part of our future.

If women truly want to refuel the fire that came from the sixties, I think we need to focus on what made the original idea of feminism so great. The idea that women are more than just pretty, they are capable of great things, they are powerful and strong, and capable of influence and change that is equal to the power of a man. If only we had more classy role models like Mary to once again remind us that we’re unstoppable, and that we don’t have to be provocative or loose in order to feel that way.

At the end of the day we want someone to recognize all the work that we're doing and if they happen to notice how good we look doing it, great! I, for one, am simply tired of