Manchester By The Sea | A Review

A cinematic masterpiece of pain and humanity 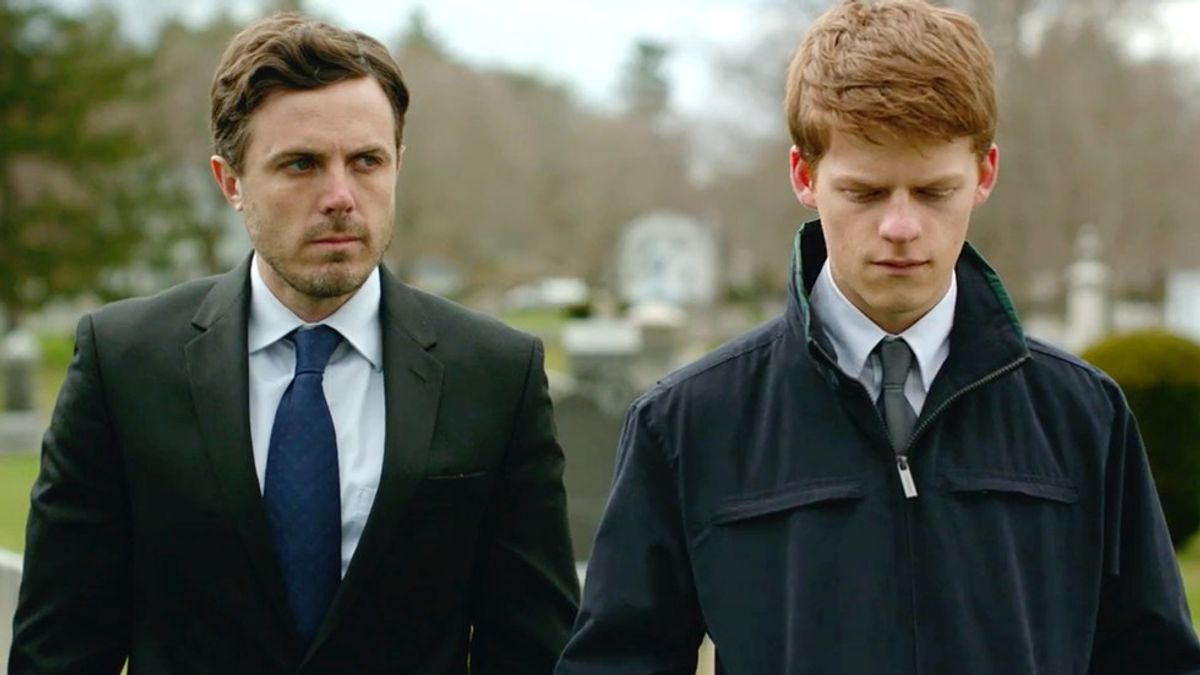 My cousin Johnny and I had just finished consuming a delicious steak and were trying to decide what movie to watch. "Silence" was being shown too far away, so our remaining choices were "La La Land" and "Manchester by the Sea." I suppose you can tell which one we chose by the title of this article.

(I'll do my best to avoid major spoilers, because those are the worst.)

We had heard that the movie was supposed to be quite unique, and the critics' ratings were quite high. The trailer, however, did not blow me away, so my expectations for the film were tempered a bit. The theater was not busy when we arrived, so much so that we were the only ones in attendance to watch "Manchester."

Sometimes I wonder what it would be like to know all about the lives of other people and really experience everything they're going through. The opening minutes of the movie seemed like a direct fulfillment of this wondering that I've had.

Main character Lee Chandler, played by Casey Affleck, floats through a purposeless life that's filled with janitorial work and angrily lashing out at strangers in the bars that he frequents.

Several minutes into the film, Lee receives a phone call that jump starts the whole plot. His brother has suffered a sudden heart attack. Lee drives back to Manchester-by-the-Sea, the idyllic seaside town where his brother lives. He is too late to say goodbye, and while going over his brother's will he discovers that he has been delegated to be the guardian of his nephew, Patrick. Much of the film's conflict is based upon the strained relationship between Lee and Patrick, a popular 16-year-old who's in a band, the hockey team, and has two girlfriends (who apparently don't know about the other one).

As Lee takes up temporary residence in Manchester-by-the-Sea, it is clear that he has a history there. People whisper, "Is that the Lee Chandler?". Lee's periodic flashbacks give the viewers context into his past and why he seems to by fighting off personal demons while back in the town that he once loved.

This film contains moments of remarkable pain, but these moments do not overshadow the real messiness of ordinary life, such as hitting one's head on the fridge door or forgetting where the car is parked. These comic glimpses of life save the movie from being entirely sombre. The grief and loss that the characters experience is tangible, highlighted by the brilliant acting of the cast. Affleck's numb heart and Michelle Williams' heartrending loss are performed beautifully.

Drama is what makes the movie, and the drama does not end when the movie does, so don't expect a clean ending. In reality, a cut and dried ending would only take away from the sincere emotion of the story. The movie was over two hours long, but I could have kept watching it for a lot longer, so it succeeded in keeping my uninterrupted interest, and continues to intrigue me even now. Highly recommended, just be ready for tear-inducing scenes, some severely awkward interactions (those were kind of funny) and copious amounts of language.

MPAA: Rated R for language throughout and some sexual content