​You Make Time For Your Friends

There will always be too much to do, but there won’t always be friends. 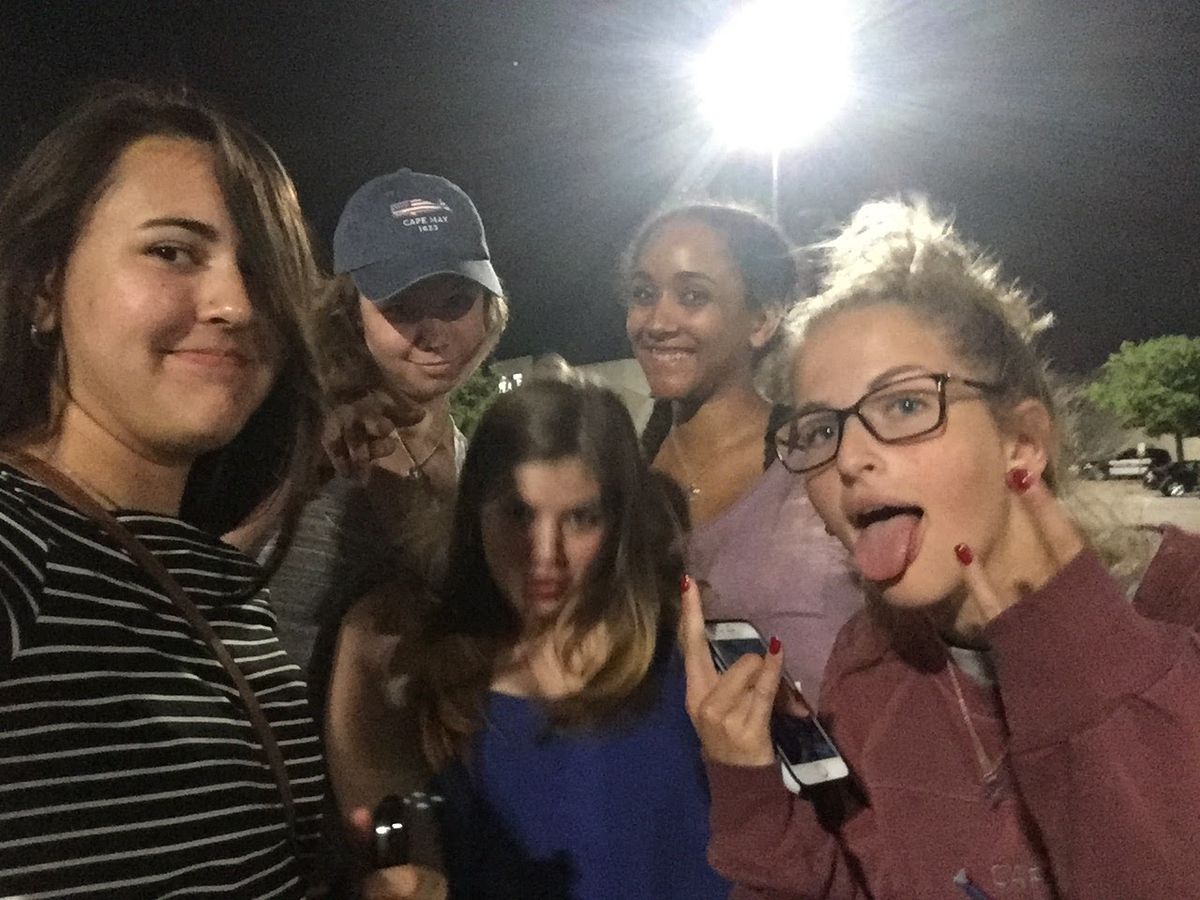 Since starting college by myself, in a city hundreds of miles away from home, I’ve noticed how important it is to make time for friends. I have exams and papers and projects to complete, places to go and people to see, so I don’t always have the time for a phone call or text message.

When I go home for breaks, all I want to do is sit down with my family and my dogs and watch a movie. It’s boring, sure, but it feels so good to just relax and not worry about anything (unless it’s spring break, in which case I worry about everything). When my friends text me to hang out or get dinner, I'm excited and rush to get ready, but there’s a small part of me that doesn’t want to go. I love my friends, of course, but sometimes I feel like I need to be still for a while.

And then, when I do go to one of these meet-ups, I realize how much I’ve missed. Everyone knows what is going on in each other’s lives. One friend got a boyfriend, who she then broke up with weeks later. Another friend got accepted into a prestigious program that she’d been eyeing for months. And another friend failed a class and had to sign up to take it again the following semester.

Weeks of information, months of buildup, and I was only vaguely aware of these things my group was going through. They referenced people in each other’s lives and knew the names of college friends, but I was stuck asking what their majors were (for the tenth time). My inability to stay in touch hadn’t made them resentful-- they didn’t stop inviting me places, they didn't stop loving me. However, it definitely made me an outsider. And though there were times when I chose to skip a friend hangout to stay home by myself or do something with my family, I never chose to be separate from the group. Consciously, that is.

My best friends, the people I would hop on a plane to comfort (no joke) did not know anything about my life, and I’d gone on without noticing.

At first, I blamed New York. They all go to school near each other and often visit one another, so it’s not surprising that I would be out of the loop. Then I remembered that I sometimes didn’t respond to group chats and purposely chose to skip friend face times. Sometimes I had to leave early or arrive late when he hung out, so I would often miss whatever happened later in the night or morning.

You see, the problem isn’t that I had too much to do, or that my friends weren't as busy as I was; it was that I wasn’t making time for the things that mattered. And the truth is, no matter how busy or stressed you are, you make time for your friends. You just do.

To rectify this situation, I began calling them more often. Once a week, I would call up a friend to talk about what was going on in their life and update them on mine. They didn’t have to be long phone calls, but they lasted long enough for me to complain about the things that were stressing me out and listen to them do the same. Then we’d hang up and plan to talk the next month.

I also decided to reply more to group messages. I still think it’s annoying to be bombarded with notifications all day, but I’m no longer going to ignore the messages until something pressing comes up. Now, I am an active participant, sharing the funny stories that occurred that day or the things that are frustrating. It's nice having a group of girls acknowledge the things that stress me out with a quick, "Man, that really sucks, and I'm sorry that happened to you."

Whereas before I was subconsciously ignoring my friends, taking their presence in my life for granted, I began to subconsciously contact them, letting them know how I was doing in this strange and crazy city so far from home. I started out planning on being a better friend, which led to me actually doing the things that a good friend does without thinking about it.

The funny part is that over this past Winter Break, my friends made a comment that no one could ever be as on top of things and connected to her friends as I am. Me! I guess the phone calls are paying off.

This all sounds more calculated than it was, for there are only a couple times I’ve had to write in my planner “Update girls about __!” It was all very natural. I realized that these were people I wanted in my life. I wanted to know what was going on in their lives. They were my friends, and making time for your friends is just something that should happen.

I guess my point is that if you have a few friends that you haven’t been talking to or spending time with, ask yourself why. You may be the busiest person in the world, but if you can’t make time for the people who make life worth living (because how can you survive in this world without friends!?!?!), then you’re living all wrong.

Right now, contact a friend/friends that you don’t see much of anymore, that doesn’t know what’s going on with you, and give them an update. You may think your life is mundane, the same old same old happening day in and out, but they won’t.

If they’re your friend, you will make time for them. It’s a lot simpler than you think.