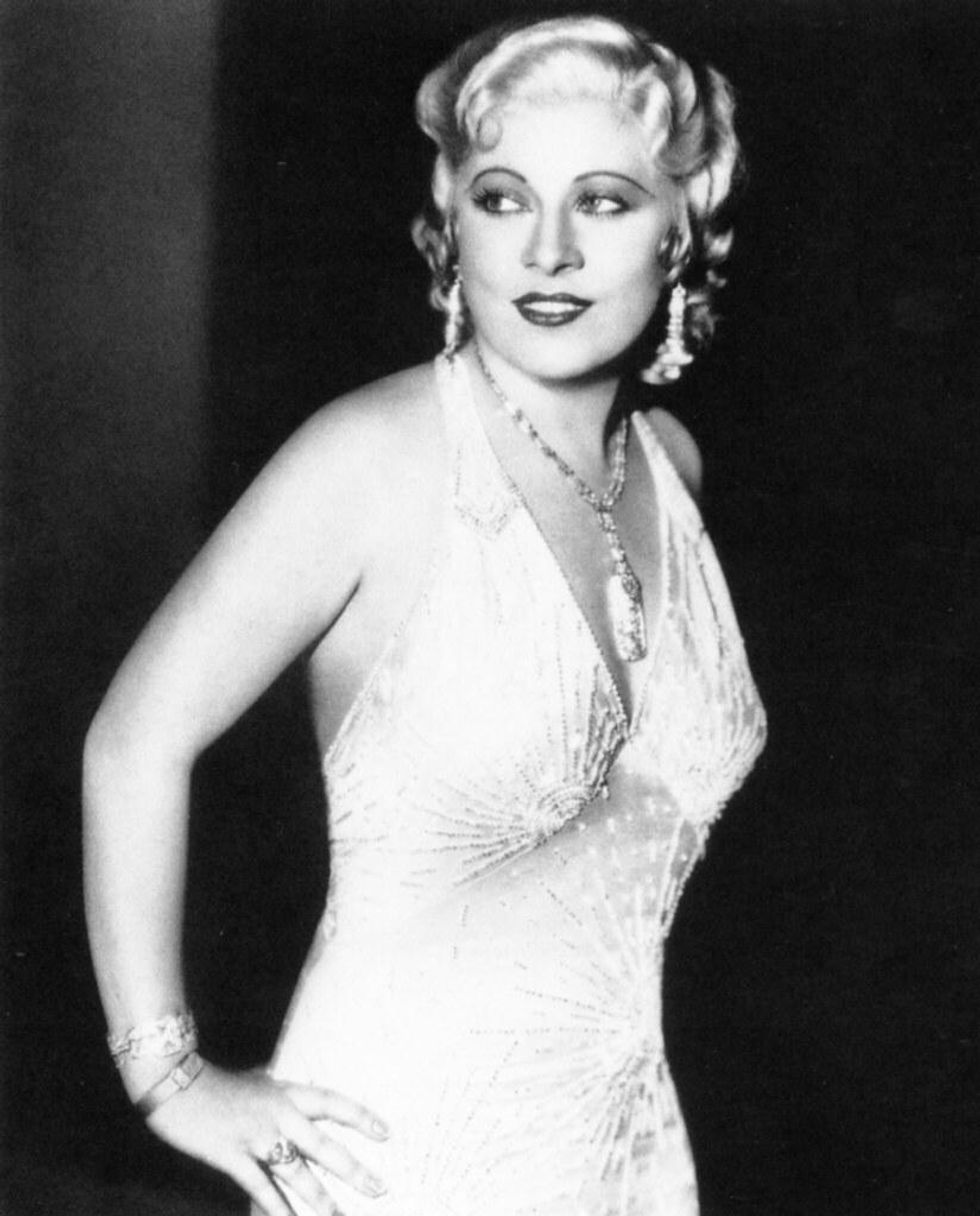 Whenever the term "blonde bombshell" is mentioned, the name Marilyn Monroe is brought up quickly after. The 50's screen siren adorns the walls of college dorms all over America, as well as on the occasional Instagram feed, along with one of her often misquoted quotes. However, talk to any true film fan, and they'll say the real blonde bombshells came out of the 30's. Women like Jean Harlow and Marlene Dietrich graced the silver screen with a larger-than-life sensuality in the 30's, but it was one blonde in particular who completely brought sex out of the bedroom and into the movies.

Mae West began life as Mary Jane West in 1893 in Brooklyn, New York. From a young age, Mae's mother encouraged her artistic pursuits and felt that her daughter was to be a star. As she got older, Mae began preforming in local vaudeville theaters, eventually beginning to write plays. Under the pen name of Jane Mast, Mae wrote plays that dealt with sex, homosexuality, drag, and other risque topics. Her first play, "Sex," even earned her a short stint in prison, garnering major publicity for both the play and Miss West.

Although she was at the ripe old age of 40 (80 in Hollywood years), Mae West became the toast of Hollywood and even saved Paramount from bankruptcy. Her first picture with the studio, "She Done Him Wrong," was an adaptation of Diamond Lil. The film made 2.2 million dollars at the box office, catapulting Mae West into mega stardom. The film even gave us West's most iconic line - "Why don't you come up sometime, see me. I'm home every evening."

Mae West wrote all of her own material for her films. After the introduction of the Motion Picture Production Code in 1934, which aimed to provide "wholesome" entertainment for the American people, Mae challenged their censorship with her raunchy material. She also pushed for more diverse casting in Hollywood during a time when most major film stars were white, a throwback to her days on Broadway where she had black and white actors on stage together, which outraged her critics. Mae West was also a major feminist, backing the many aspects of the Women's Rights Movement.

After her final film with Paramount in 1943, Mae returned to the stage with several successful plays, musicals, vaudeville shows, and even a Las Vegas residency with a cast of handsome muscle men.

By the 1970's, Mae had become a camp icon and experienced a resurgence of popularity due, in part, to the counter-culture of the time. She made her return to the screen with the 1970 film "Myra Breckenridge," along with Raquel Welch. The film was a total flop but put West back on top. The final film of her career, "Sextette" (released in 1978), was another Mae West play turned into a film, with the 85 year old West playing a 28 year old actress.

Mae West died in 1980, but her legacy as film's first blonde bombshell lives on. Her films made sex fun; they made sex exciting! We didn't have to hide our shame with Mae - she was sex personified. She had us looking within ourselves to come to terms with our sexual needs and wants. She was like a sex goddess sent from heaven to teach us that there was no harm in having a sexuality.

When asked why she has mirrors above her bed in her bedroom, Mae famously replied, "I like to see how I'm doin'."


From Your Site Articles
Related Articles Around the Web
Report this Content
This article has not been reviewed by Odyssey HQ and solely reflects the ideas and opinions of the creator.