Dear College Student, You Don't Have To Chase Perfection
Odyssey
CurrentlySwoonLifestyleHealth & WellnessStudent LifeContent InspirationEntertainmentPolitics and ActivismSportsAdulting
About usAdvertiseTermsPrivacyDMCAContact us
® 2023 ODYSSEY
Welcome back
Sign in to comment to your favorite stories, participate in your community and interact with your friends
or
LOG IN WITH FACEBOOK
No account? Create one
Start writing a post
Student Life

Dear College Student, You Don't Have To Chase Perfection

Madison Holleran's story and what it means for college students 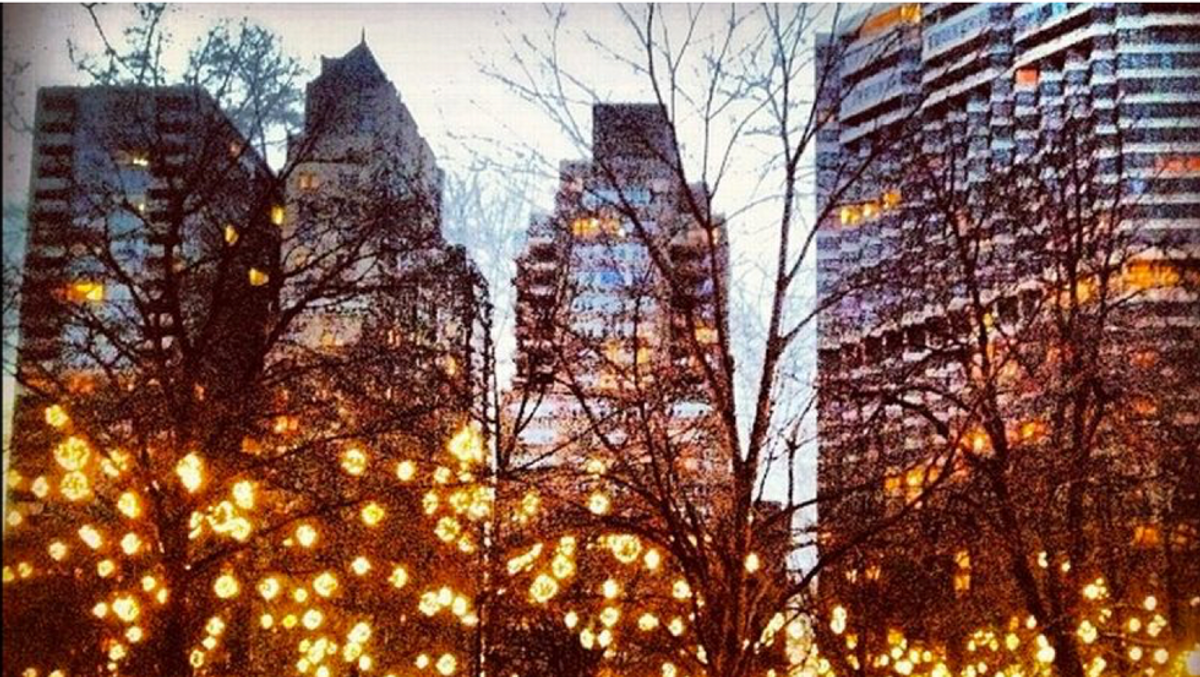 My chemistry professor stopped amidst his lesson this week and turned toward the quiet room of freshmen.

“If there’s one thing I would change about Washington and Lee students," he began, “I would wave my magic wand to make you all less afraid of making mistakes." He went on to preach about how mistakes contribute to the most efficient learning.

This week also happened to mark the third anniversary of Madison Holleran’s death. When my professor turned to the class, I couldn’t help but think that Maddy was somehow speaking to me through his words. Maddy’s story has been publicized across the nation, as people over the last three years have become even more infatuated with the girl than they were before her death.

I knew Maddy as a teammate my freshman year. She was a track star, a soccer phenomenon, an academic genius, and basically a goddess that walked down the hall to turn the head of every boy and girl in the school. The girl practically had a fan club, made up of everyone; high-schoolers, parents, news reporters, sports fans, teachers and coaches.

She had led the Northern Highlands Girls Soccer team to consecutive state championships. She set and beat her own records on the track. She was a member of the National Honor Society. She was absolutely stunning. She was a role model to us little freshman, someone that I personally admired for her beauty, humility, and grace. More importantly, she was the daughter to two of the most loving parents in town. She was the middle sister to a crazy group of five siblings. She was the best friend to some, although she was honestly friendly with the whole school.

For those who don’t know the tragic events of Madison Holleran, I’ll provide you with the basics, although the over 700,000 hits from a Google search of her name can also serve that purpose.

On January 17th, 2014, Maddy left her UPenn dorm room to walk about the city of Philadelphia. She stopped at Rittenhouse Square to Instagram a captionless, scenery picture of the tranquil park lights just as dusk began to creep in on the end of the day. Maddy proceeded a block away to a parking garage. There, she would end her own life with a running leap from the top of the ninth story. Fitting for the track star, I guess.

Every person that has heard this story seems to have his or her own opinions about Maddy’s "cause of death." While there’s no doubt that she suffered silently from a crippling case of anxiety and depression, both the media and Madison's parents have rationalized this tragedy with the following...

Cause of Death: Well, most seem to think that Maddy fell off of the metaphorical pedestal that she, and we all, had constantly placed her on. When UPenn turned out to be harder in all aspects of life, socially, athletically, and academically, the hometown hero couldn’t quite manage the struggle. She didn’t know how to cope with her less than perfect college life. She felt like she couldn’t ask for help. Maddy was the girl who once had it all.

Maddy ran after perfection. But now where is she?

While part of me hates how publicized this personal tragedy has become, the story does serve as a lesson to disillusion students for the better. This is especially true at a place like W&L, where the rigor of classes, intense social scene, and demanding schedules can be quite hectic.

Maddy’s loving parents have since started a campaign for students, under the slogan that “It’s OK to not be OK," made famous by ESPN coverage. In my chemistry professor’s 14 years of teaching at this school, the one thing he would change is our willingness to make mistakes, to be wrong sometimes, to struggle and ask for help. Whether this be raising your hand in chemistry class to take a risk on a question you don’t quite understand, or taking advantage of the free counseling services on campus, the idea remains. Might I add, this is also probably the last time that there will be eager professionals at your full disposal.

W&L has its demands, but it also has an amazing, uplifting community – if you choose to use it. There’s no need to maintain a façade at all times with all people. Whether you find an outlet in a best friend, professor, coach, counselor, RA or PC, it's important to have someone with whom you can let down the walls. In the coming months, especially during the infamous college winter blues, I hope that all of us students can support one another, cope with the tough stuff, and most importantly, ask for help when needed.

When we find ourselves chasing unrealistic excellence, let’s slow down and take a step back. The only consolation I can give is that no one at this school, no one anywhere, can catch perfection.

For more information or a kind donation, please see The Madison Holleran Foundation .