Lupin The 3rd: The Castle of Cagliostro Review
Odyssey
CurrentlySwoonLifestyleHealth & WellnessStudent LifeContent InspirationEntertainmentPolitics and ActivismSportsAdulting
About usAdvertiseTermsPrivacyDMCAContact us
® 2023 ODYSSEY
Welcome back
Sign in to comment to your favorite stories, participate in your community and interact with your friends
or
LOG IN WITH FACEBOOK
No account? Create one
Start writing a post
Entertainment

Lupin The 3rd: The Castle of Cagliostro Review

Before Hayao Miyazaki scored it big time, he made this classic gem... 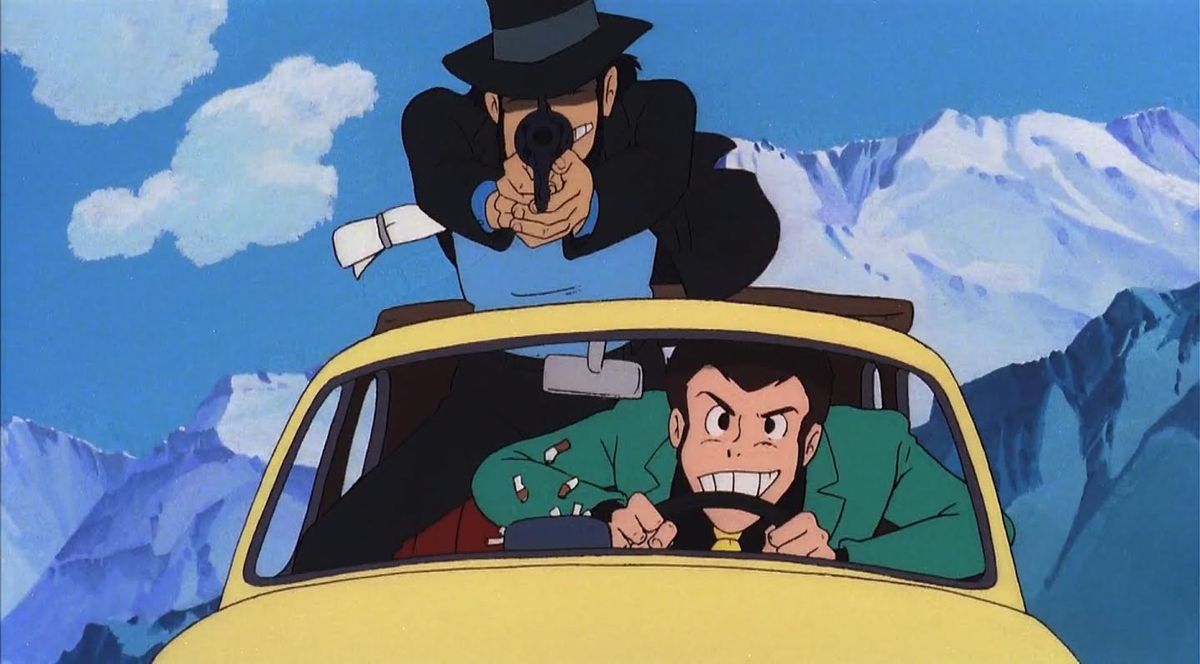 When the name “Studio Ghibli” or Hayao Miyazaki comes up in conversation with anime fans, most fans have their top movies directed by Miyazaki which were impactful on their anime fandom or childhood. Miyazaki has made a household name for himself over the past 30 years in anime and has his opinions on the industry made known to the public. Most anime fans have a favorite Miyazaki film, even myself included. The only difference that separates me from the rest of the anime community is that my favorite Miyazaki film isn’t a Studio Ghibli title, but one of Miyazaki earliest directorial debuts under the Lupin the 3rd series.

Lupin the 3rd: The Castle of Cagliostro so far is one of my favorite movies by Miyazaki as of late, and for a first go as a film director in his early days of doing anime, Cagliostro is a well-done movie for the Lupin the 3rd series. Compared to the rest of the Lupin the 3rd series, Cagliostro is more family friendly to watch with anime and non-anime fans than most of the material for Lupin out there. Lupin character is a low-down dirty, sexist, lecherous thief that grabs more T&A than he does cash and jewels. But that’s the comedic effect of the series, which his actions get him into more trouble depending on whatever Lupin series you might be watching. If you could sum up Lupin as a whole, its taking in elements of James Bond, Charlies Angels, all mixed in with Scooby Doo sensibilities.

But Miyazaki took Lupin to be a thief with a heart of gold in Cagliostro, making him more chivalrous and honorable than his other versions, which turns this film into a great adventure film. Our hero goes out of his way for a princess locked up in a castle by a count who is forcing her hand in marriage for his own personal gain, and that is to control the wealth of the world. For Lupin, when money and especially women are involved, he can’t wait to get his scoundrelous hands into the mix. The gang is especially all here in the film with Jegan, Goemon, Fujiko and especially Inspector Zenigata.

This film recently was in select theaters for a period of a week back in September of this year, which I watched the film on the big screen in Greenville S.C. on a Thursday night, which is the first time the film has ever been commercially released in theaters other than its premiere 25 years earlier. The film has been released in America a couple of times, first when then the film was released by Streamline Pictures in 1992, which the English dub in this theatrical release came from that Streamline Pictures release. Since then it was released in 2000 on DVD by Manga Entertainment, and as of 2015 was re-released again from Discotek media, which the Bluray contains both dubs on the disk. While the film looked fantastic on the big screen, I noticed some instances of cropping from “scan and pan” shots, meaning scenes using one big background picture made the film looks like it was “skipping”, which is just issues with how the film was being displayed on a larger screen outside of its intended aspect ratio (film/AV nerds might know what I’m talking about). Aside from that minor technical hiccup, the film looked fantastic and engaging to see on the big screen, and all I could do was take in every second and enjoy the ride.

For its time, the technical aesthetics of animation used were ahead of its time and has made a major impact on animators in Walt Disney, Pixar and many other major animation studios to this day so many years later. Scenes from the film were even homage in other anime series, such as the climatic ending being redone in an episode of Here is Greenwood. I think any good animator out there today at least knows and has seen this film, and a great animator will acknowledge its technical style as something they want to try and mimic in their own work. The scenery is beautiful, the animation is fluid, and the quiet scenes can make a tense person come at ease before a high-pace car chase comes in moments later. Cagliostro deserves to be ranked high on any list of animated films, especially on an international market.

Even if you’ve been an anime fan for many years, have just started to watch anime, or don’t care too much about it, Castle of Cagliostro is a film to see at least once in your life. Aside from some minor swearing in the film dub, it’s a perfect film to let kids watch and enjoy, even to have for a family night one evening. People need to see this film, and this is why I rank this as my personal favorite Miyazaki movie.

Nicole Marie Nigro
Individual Creator
8587
c1.staticflickr.com
Where to start...... Let me start with the cliche that life throws us curveballs and what we do with it is what counts.