Love to Eat, Hate to Cook

I love food, but I don't like cooking that much 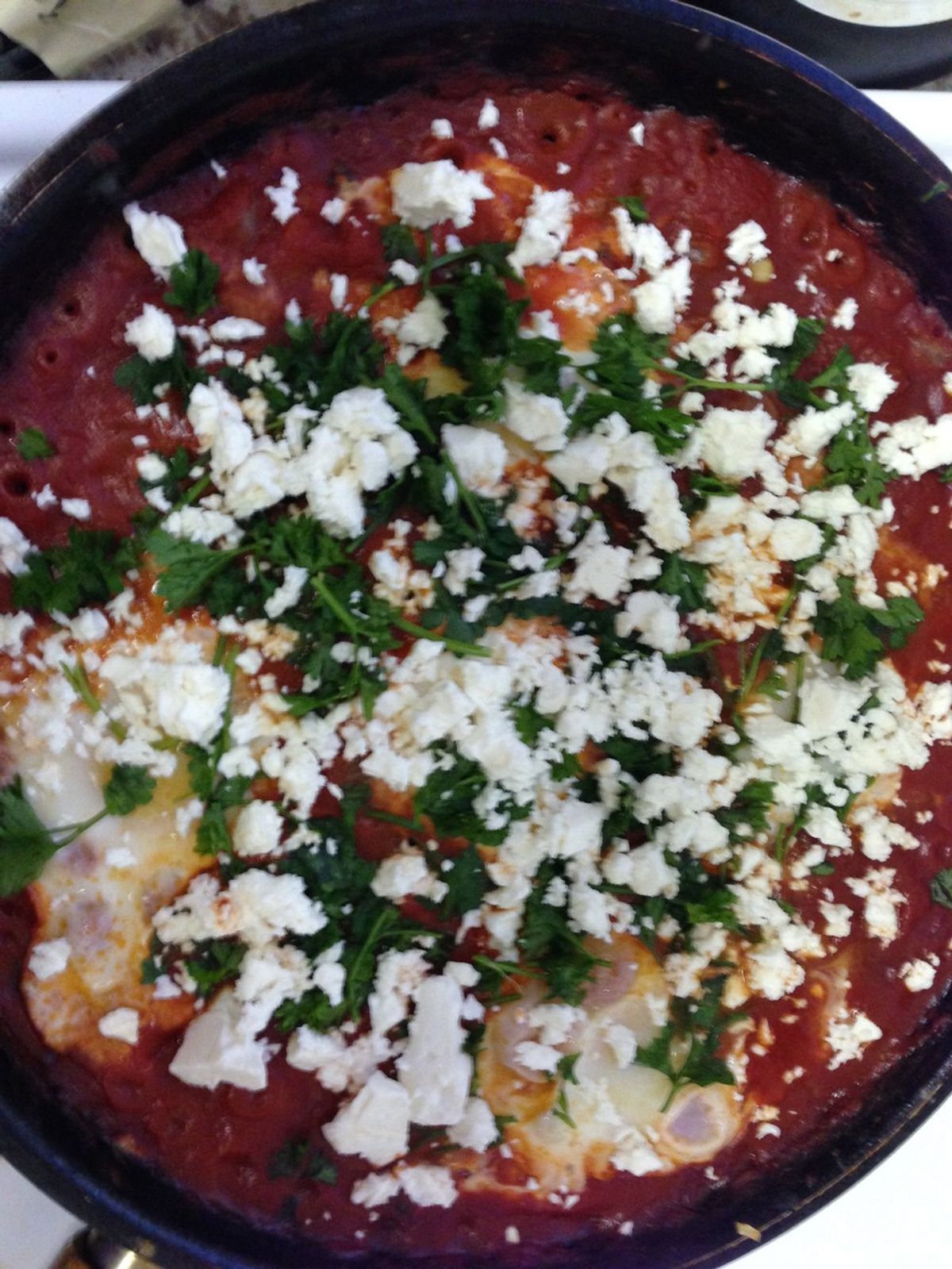 I'm going to be honest. I love good food. There's nothing like a well-prepared dish, preferably Middle Eastern. However, I've learned, since living away from home, that cooking isn't usually as fun as eating the food. Don't get me wrong. I can cook, and cook well, when I really want to, but it takes time, which I often feel like I don't have.

So, in recent days, I've realized this situation needs to be remedied. I get tired of dorm food, and eating fast food gets old after a day or so. As a result, I began doing a little cooking, here and there. I usually make anything from a glorified bag of pre-fab rice to chicken picatta. So far, everything has turned out well. At least, I trust my guinea pigs, I mean, roommates, to let me know if a dish I make is subpar. They haven't indicated any displeasure yet.

So far I've made a lot of pasta and a lot of shakshuka (for reference, see the picture before the article; yes, I made that.) Pasta is nice because it's easy to make, and you can spice it up however you choose. Shakshuka is a personal favorite though. Nothing quite beats the spicy flavors of cumin, cayenne, and paprika and the perfectly poached eggs within the sauce. I've found that shakshuka is best served over rice pilaf. It's also socially acceptable to eat it straight from the pan, which really cuts down on clean-up time.

I've also fallen in love with fatoush, a Middle Eastern salad that is both fresh and flavorful. My good friend Sigrid is a pro when it comes to making fatoush. It's very simple to make because you can delegate with this meal. Though, my friends and I learned the hard way that I shouldn't be in charge of chopping the vegetables, since I ended up getting half of them on the floor.

All-in-all becoming a better cook is a learning process. As I'm sure you can tell, I have had many adventures, and misadventures, when it comes to the culinary arts. No, I'm still not the biggest fan of cooking, but I'm beginning to learn that in the end, it's always worth it. Nothing beats a home-cooked meal. So, my recommendation is, go ahead and try cooking, even if it isn't your strong suit. You might surprise yourself.