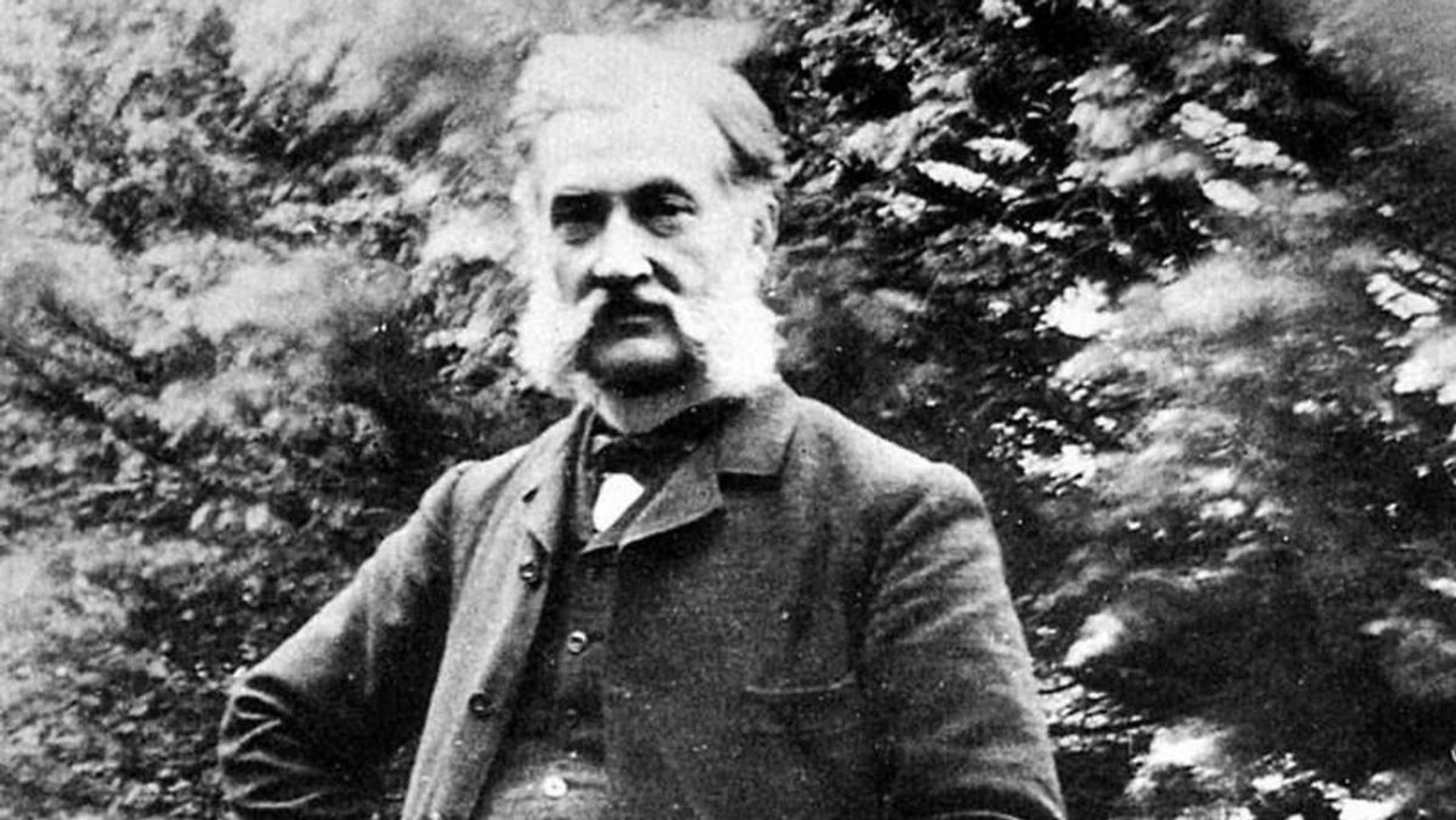 Thomas Edison and the Lumiere brothers are those who are usually credited with having creating cameras and film as we know it. But what if I told you that none of them are the true inventors of moving pictures or "movies"? That title might just belong to Louis Le Prince.

The date was October 14, 1888, and the place was Leeds. Louis Le Prince was at a garden party and brought a strange mahogany contraption.

And he filmed this.

And before you ask, yes there is proof this was filmed on October 14, 1888. Because one of the women showed in this film died just 10 days later.

This was filmed three years before Thomas Edison would publically show off his moving picture so why do we know his name instead of Louis Le Prince's?

After inventing his camera Le Prince needed to find a way to show what he was filming and a material more durable than what he was already using which was too delicate he would need that because he wanted multiple showings from one piece of film.

And of course, Le Prince wanted to patent his camera.

In fact, he was on his way to New York, where he wanted to publically unveil his camera and probably would have been able to secure a patent for his work.

But then he disappeared.

Le Prince was visiting his brother in Dijon, France on September 16, 1890, when he boarded a train from Paris to Leeds where he was planning on picking up his film device and then travel back to New York to meet up with his family and finally unveil his invention. The only piece of luggage he carried with him on the train, the first leg of his journey, was a briefcase said to contain sensitive information on patents for his camera. He hadn't secured the patent yet and was still in the process of tweaking them to fit the description of his single lens camera.

So what happened to him? We still don't know but there are plenty of theories.

There are some reports that say he was in debt, from pouring money into his invention, and wanted a press restart on his life. But why would he choose to disappear when he was so close the final steps before finalizing the patent and making his invention public?

Did Thomas Edison send men to capture and possibly kill Louis Le Prince? Elizabeth Le Prince, Louis Le Prince's wife, strongly believed this theory. And the timeline does make sense. In 1888 Thomas Edison began to seriously think about moving pictures but Le Prince had already filmed his first moving picture. When Le Prince disappeared he was traveling to New York to show the world his work and get an American patent. While there is very little proof that Edison hired anyone and sent them to Europe to stop Le Prince there is a strong motive there.

Even though Louise Le Prince's son, Adolphe, would bring in his grandmother's death certificate proving that she had died just 10 days after that one short moving picture was filmed. The courts decided that there was no conclusive proof that Le Prince filmed that with a single lens camera.

But they were only looking at Le Prince's US patent, which focused on his sixteen lens camera, unlike his French or English patents. If Le Prince's US patent had included the phrase "one or more lenses" this never would have happened. He had argued over the wording but lost the fight because the United States already had a single lens camera patent under Le Prince's name, but that was for a camera taking still pictures not moving pictures.

The courts, after years of going back and forth, would side with Edison and Le Prince's name, along with the documents that would have secured his place in history, and the man himself would disappear. Never to be seen again, not even on a history book page.

But now you know who the real inventor the single lens moving picture camera is.