We Made A Long-Distance Childhood Friendship Work Flawlessly

We Made A Long-Distance Childhood Friendship Work Flawlessly

First towns, then states away, there way no way we were letting the distance between us. 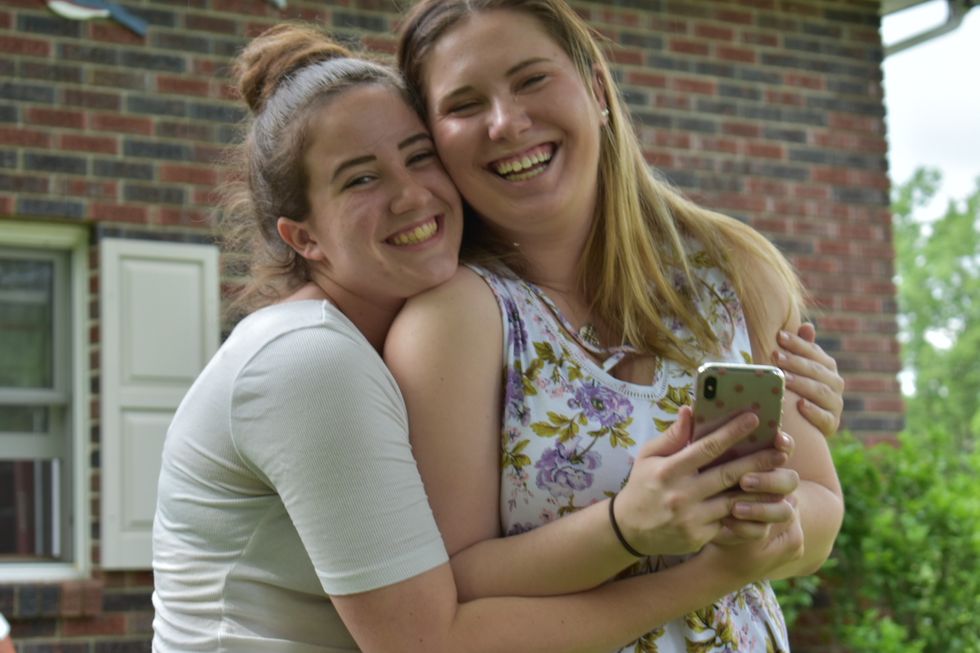 From kindergarten to our freshman year of college, I can only thank God that I was lucky enough to cross paths with Jen. We quickly gravitated towards each other throughout elementary school, and it became a normal occurrence for her to spend days at a time at my house.

Our friendship only became stronger through the years and years of Girl Scouts. Jen was my rock. She put up with my crazy antics, and we leaned on each other when things got tough.

It seemed as though every time we were together, we made crazy memories that only we could ever justify and understand.

When middle school came around, I was floored when she told me she was moving. In reality, it was only an hour away. But in my mind, it felt like 10.

But we weren't going to let that come between us.

Jen remained in our Girl Scout troop, so we were in constant contact as we worked on our Gold Award. Having something to work on together helped us to stay in contact and plan visits to see each other (Although these visits were only about 5 percent work and 95 percent fun).

However, our worlds were flipped on end once again, when Jen's family decided to move to South Carolina. Jen would be attending Coastal Carolina while I stayed up north attending Susquehanna.

Remember how I said in my mind an hour away felt like 10? Well, now it really was 10.

We both had the same reaction:

Even from nine hours and 28 minutes away (not that I'm counting), every single text and call was never left without a reply. We never failed to send a text of "Guess what??" when something exciting happened, or a "Can we talk?" when things got tough.

We would sit in front of our TVs, watching the same episode of Big Brother, sending texts at the speed of light.

Long story short, we have reunited once again.

After about a year of being over 500 miles apart, I was pleasantly shocked to find out that one of my best friends was moving back upon North. Still, she would be living about an hour away, but it was sure better than 9.5.

My screams could probably be heard in Australia when I was doing my makeup in the mirror and I looked up to see her standing right behind me that day. It is a kind of true happiness that I could never forget.

When we were reunited, it was as if we never spent a day apart. That's what makes us special.

Sure, long distance is hard. But the unbreakable bond between us makes it all worth it.

friends
Report this Content
This article has not been reviewed by Odyssey HQ and solely reflects the ideas and opinions of the creator.
Swoon