A suicide attempt survivor's point of view on Logan Paul's discovery and vlog of the man found hanging in the woods. 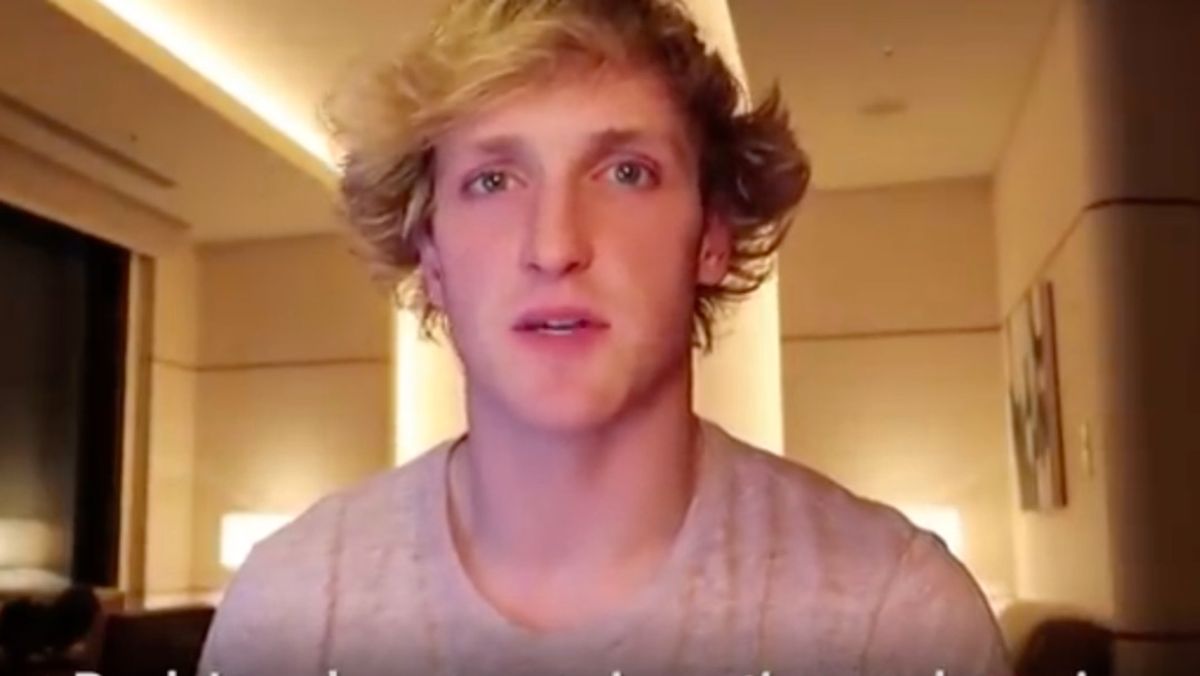 Logan Paul is a 22-year-old American Youtube sensation. His career originally began on Vine then spread to Youtube, Instagram, Twitter, and even the big screen. Most of his vlogs are light and funny. This one post, in particular, rose the hairs on viewers’ backs, and for good reason.

Logan recently posted a vlog that took place in the "suicide forest" of Aokigahara near Mt. Fuji, Japan, which is known as a place people commit suicide. Logan and his friends figured they’d be brave and go camping there and nothing would go wrong. When they arrived, they walked off-trail, about 100 yards from the main parking lot, and discovered a man who had hung himself. They had blurred out the face of the victim to protect his identity, respectfully, and suddenly the video took a serious turn. “Shit just got so real.” Paul says, in shock, as he explains to his fans that,

“Suicide is not a joke. Depression is not a joke... we just want you guys to know if any of you are going through shit, (everyone goes through their own shit), and we’re here for you guys... we care about you... all your friends and family love and care about you and suicide is never the answer.”

This vlog, made in good intention, caused a huge uprise in the YouTube community. More than 75,000 people have signed a petition to have his channel shut down. Others are cursing him out, disrespecting him in his own feed, and flat out freaking out. What these people seem to misunderstand, is that Paul experienced something traumatizing and wanted to alert the suicidal audience that it is never the answer, that people do care about them, and that there are other options. With as many people struggling as there are today, is that really so wrong?

I’m going to get a lot of hate for posting this, but I don’t think Logan Paul deserves all the negativity he is getting.

You all can hate on me instead for standing by him, but let me tell you why my opinion on this, specifically, matters.

Growing up, I never fit in anywhere. I wasn’t girly enough, pretty enough or athletic enough. At some point in time, my only friends were my parents and the many books I kept in my room. I faced middle school pretty much alone, which, as you all know, can be brutal and terrifying. In high school, I was a little more popular, but that lifestyle led to a whole new kind of pain.

I was brutally raped by my boyfriend, didn’t know how to tell my conservative parents — or anyone for that matter — and tried to deal with it alone, ended up blaming myself, and before I knew it, I was trying to take my own life.

He told me the world would be better off without me, and I believed him. I survived that attempt, and in my freshman year of college I was battling a severely abusive relationship and tried again because I never got the help I needed beforehand.

Suicide is NEVER the answer.

I understand why the idea of self-harm suddenly becomes glorified in your mind. It’s like you want to focus on something physical to let go of all the emotions for a while. Or even the sight of your own blood makes you realize you’re still alive. I understand why, in extreme cases, you think putting yourself out of your misery will solve all your problems. But it doesn’t. Take it from me.

I am one of the rare people who survived my attempts of suicide. I’m not going to traumatize anyone by saying how I tried to end my life, as I understand Paul may have done by releasing footage of a hanging man.

However, I will be first to tell you that in the instant between life and death, the moment that feels like your last breath, you will freak the f*ck out and suddenly regret everything.

Just before I went under, it hit me that I was going to die.

I didn’t feel a sense of relief that everything would finally be over, I felt excruciating pain and panic. And I realized I didn’t want to die. I realized that I had a full life ahead of me, and a purpose to fulfill; I didn’t want to die miserable and alone. I wanted to die happily, when I was supposed to die, after everything in my life had turned around and in that moment, I realized that if I waited a little longer, it would have turned around. That one day, I would have been OK. But in that moment, it was too late for me.

Obviously, I didn’t die. And I have never been so happy to be alive before that moment in time when I woke up and I realized I wasn’t dead. I woke up with complete strangers around me. Cops, doctors, psychologists, the school counselor. Someone found me passed out in my dorm and called 911. I’m not sure who, but if you are reading this, thank you.

To my surprise, these “strangers” cared about me so much, all they wanted to do was help me. No one wanted to hurt me or ridicule me or chastise me for wanting to die. They understood my pain and wanted to teach me how to cope with it, and they did help. They helped so much.

And today, instead of wanting to die, I’m chasing my dreams, deciding on happiness, and thriving.

I wish I had gotten that help beforehand. I wouldn’t have struggled nearly as much as I did. The sun would have come up so much quicker. So please, if anyone reading this today is struggling with themselves, you are free to reach out to me. You are free to reach out to your parents, your friends, your family, or places of worship. We all care about you. You are a human life so much more precious than you will ever understand, that despite what anyone tells you, no one wants to lose you. The world is not better off without you. In fact, something vital to the world around you will be so desperately missing. You won’t be helping anyone, and definitely not yourself, if you decide to do this.

So, I firmly stand by Logan Paul on his stance against suicide. I respect his ideas and opinions, as well as I would do the same for you.