Logan Paul, How Stupid Are You?

Honestly, it's the only reason I can come up with as to why you'd do something so wrong. 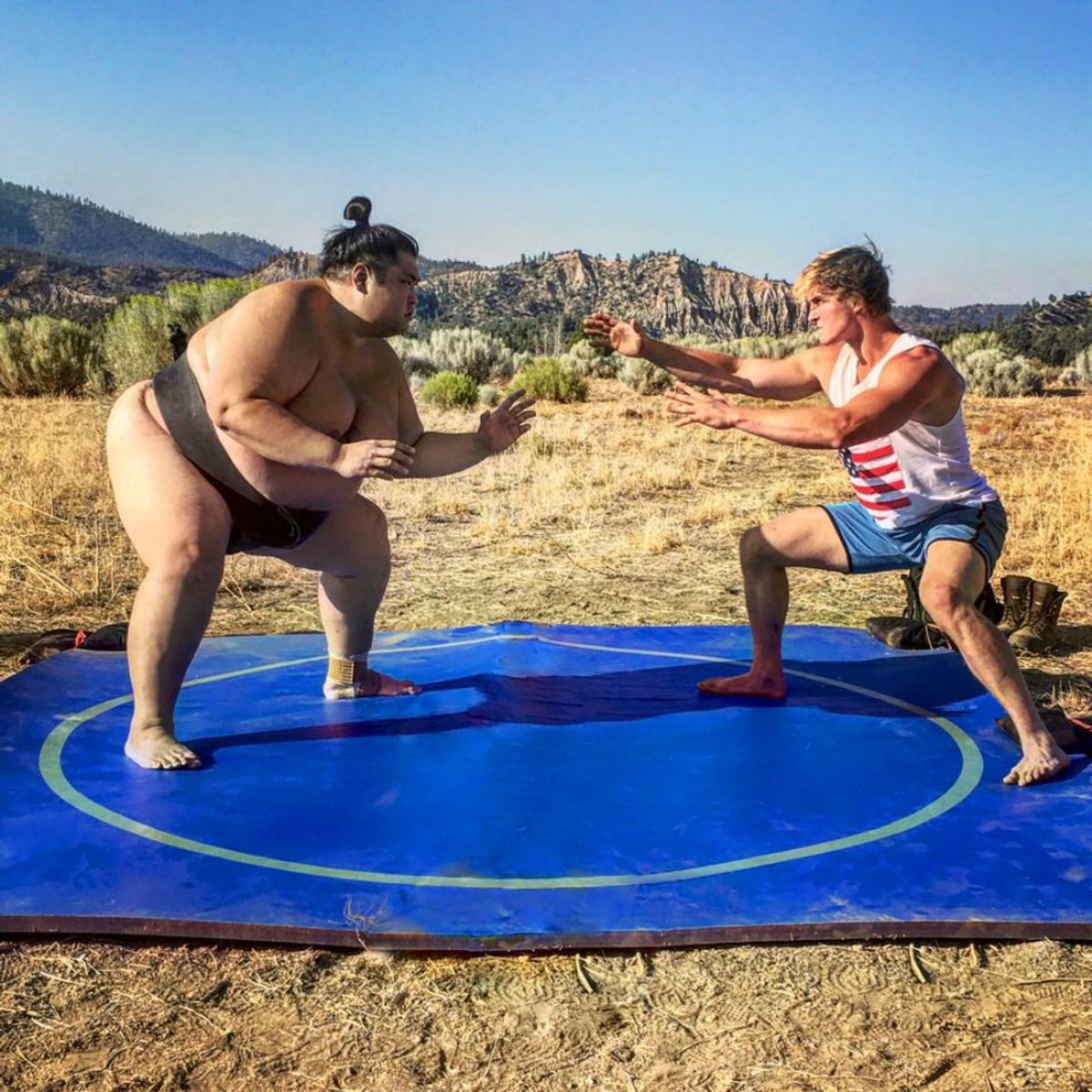 WARNING: This post will be about suicide and its impact on people. There are portions that some may find triggering or unsettling. If you might be upset by this, please stop reading here.

So I live on a corner of the Internet that I generally consider to be very positive and fun. In my sphere of influence are hilarious YouTube videos which means that I am also subjected, unfortunately, to the Paul Brothers, Jake and Logan, who always seem to be doing something stupider than they were last week. Jake lost his Disney creds after harassing his neighbors so much that they filed law suits against him. The pair of them have been involved in scandal after scandal so it should be no surprise that Logan just broke the Internet, and not in a good way.

On January 2, the YouTube star posted a video (which has since been taken down due to the extreme backlash) which showed him and his friends entering the forest at the base of Mt. Fuji, Aokigahara Forest, known world-wide as "The Suicide Forest." Stemming from ancient Japanese tradition and belief, it has become a popular place for people to take their own lives.

The first thing I'm going to say about this is that in Japan, suicide is considered "honorable," which is another remainder from antiquity. Those who revel in how edgy they are because they love death and are obsessed with anything vaguely foreign will tell you about Japan's traditions of seppuku or the kamikaze pilots from WWII. But there is nothing honorable about suicide in 2018.

Mental health issues are serious, and thankfully, most of the world is taking them seriously. Japan seems to be the exception. Unfortunately, Japan has one of the highest suicide rates in the developed world. And Logan Paul just waltzed into the second most popular place on Earth to commit suicide and didn't think he'd find anything.

In Paul's first self-praising apology, all he did was admit that it wasn't a good thing to post and that he "gets views," which was his twisted way of saying: "I knew a lot of people would watch this because I have a lot of subscribers and most of them regularly watch the content I put out," just in a very, very douchey way.

But then the Internet exploded again. Celebrities from every corner of the Twitterverse rebuked Paul for his insensitivity and lack of shame in uploading the video. A lot of them called for his channel to be permanently deleted and for Paul to be banned from YouTube altogether.

That must've been when things really got serious because Paul decided to upload an apology video (which I haven't bothered to watch, honestly, because, at this point, just stop) which was only slightly better than the note he wrote on his phone, apologizing for the video in the first place.

Here are my problems with all of this.

Do you know how many steps there are in creating, editing and uploading a YouTube video? I'd say, depending on the video, it's between 50 and 100, considering the editing process and the uploading process, where you have to watch the video back multiple times. It wasn't a lapse of judgement. Paul KNEW what he was uploading. He had to have seen it. Not once, but again and again and again.

2: That body belonged to a human being who obviously struggled and was suffering, who's memory has now been completely desecrated by this 6-foot-tall monkey. In Japan, death is a very private, sacred thing. Suicide is even more private. The culture of death and dying is so radically different there and Paul had absolutely no regard for that.

Leaving culture aside, THAT WAS A HUMAN PERSON THAT YOU STOOD THERE LAUGHING AT, YOU DISGUSTING ASS. It's not a prop, it's not a doll, it's not funny. Imagine if that were a person you knew? What would you have done if it were Jake?

3: He filmed it. Oh my good fucking gracious, he fucking filmed it.

When you find a body - in any part of the world for any reason at all - there is exactly one correct thing to do: stop whatever it was that you were doing (especially filming), turn around, AND FIND THE FUCKING POLICE. You don't stand there and film with it like it's a Halloween decoration! YOU REPORT IT TO THE AUTHORITIES YOU STUPID PRICK.

I have a lot of problems with the Paul Brothers in general - they're loud, obnoxious, contribute nothing to society, only care about themselves, have no sense of right and wrong - they're basically just grown men with the consciences of 6-year-olds. However, this crosses a line. This is morally indefensible. There is absolutely nothing that they could say or do that could turn this around.

I personally hope Logan Paul's channel is deleted and he's banned from YouTube for life. What he did was absolutely wrong. There is no defense, there is no "yeah, but." It. Was. Wrong.