Loan Forgiveness Is Not The Answer To College Debt
Odyssey
CurrentlySwoonLifestyleHealth & WellnessStudent LifeContent InspirationEntertainmentPolitics and ActivismSportsAdulting
About usAdvertiseTermsPrivacyDMCAContact us
® 2023 ODYSSEY
Welcome back
Sign in to comment to your favorite stories, participate in your community and interact with your friends
or
LOG IN WITH FACEBOOK
No account? Create one
Start writing a post
Student Life

Loan Forgiveness Is Not The Answer To College Debt

Debt sucks, but it's real. 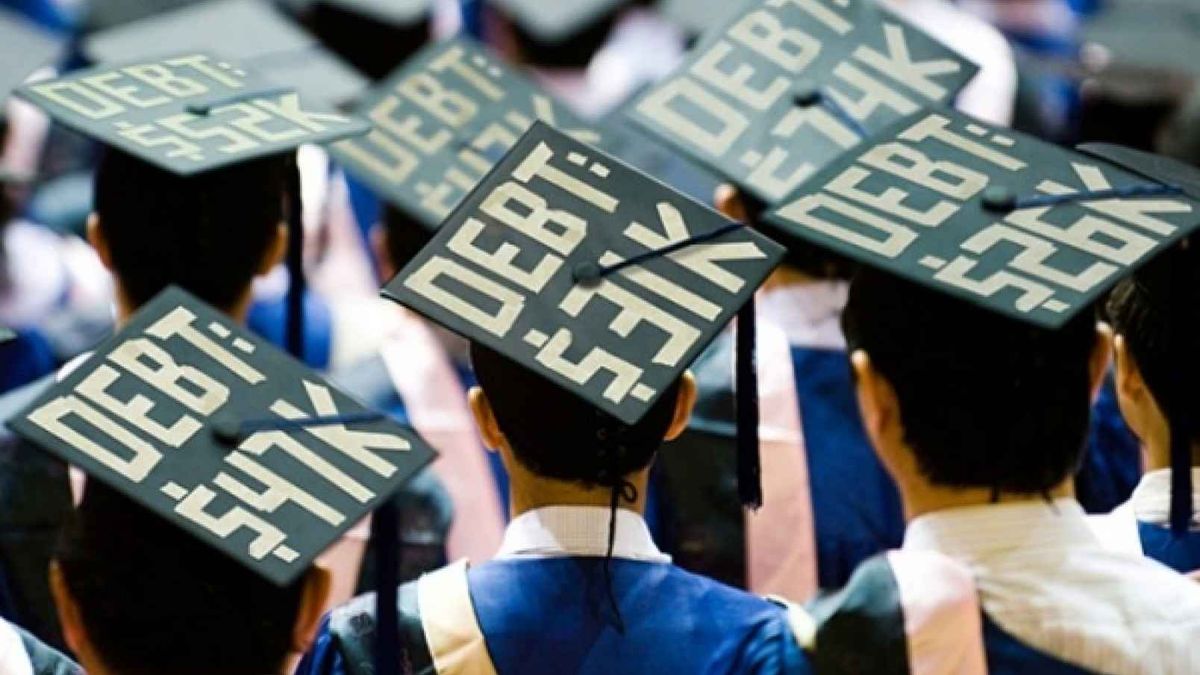 Loan forgiveness - it was one of Bernie Sander's biggest supporting points during his failed campaign and the secret desire of every college student. You go to college, spend 120,000 big ones to get the education of your dreams, and then graduate with debt that will sit on your back for the next 20 years. Loan forgiveness takes away that burden and gives you back your freedom.

It is, I'm sure, but I will never support it. After being in college for four years and seeing what students (including myself!) spend their "spare" money on, I know that loan forgiveness would only reward the careless spending and laziness.

I have watched students drop 100 bucks in one night at the downtown campus bar. I've seen them buy drugs that cost more than a month's worth of groceries. I've been that person who buys the eight dollar nacho at the football game, even though I'm "too broke" to afford textbooks. My spring breaks aren't cheap and I know that nobody else's are either. College is fun, but that fun is pricey. If you want to do anything with your friends, there's a good chance it's not going to be free.

So when I hear students complain and protest about how unfair it is that they have to pay extreme amounts of money to pay for college, I have no sympathy. Not even a little bit. How can I pity them when I've seen them swipe their credit card at the liquor store or buy front row concert tickets?

I've made countless unnecessary purchases and plenty of poor financial decisions. However, I have also worked my way through college and will be graduating with no debt. I have paid my life savings to pursue my dream, and even though it has meant budgeting down to the very penny at times, it's worth it.

I knew from the day I received my acceptance letter that the next four years of my life were going to be expensive, and I wasn't wrong. I had to put myself into the mindset that unless I worked myself to death, I would be graduating with debt - something that I promised myself would never happen. I'm graduating with no energy and a dead bank account, but I still had the best four years of my life.

Money isn't the straight road to happiness, but it is the only right path to a degree. That's how it's always been, and I don't know why people think that putting our government in debt to take students out of debt is going to help.

Do they not realize that while their loan forgiveness is going to help them temporarily, it's going to massively increase our national debt, which will have an even greater effect on their future and that of their generations to come? Getting rid of the problem temporarily is only going to worsen the problem in the long run. In addition, it only rewards students for not working and spending excessively.

Life ain't easy. Debt sucks, but it's real, and it's not going to just disappear. Do everything you can to avoid it, because you're the only one who can get rid of it.