You Live In Lancaster, PA When...

You Live In Lancaster, PA When... 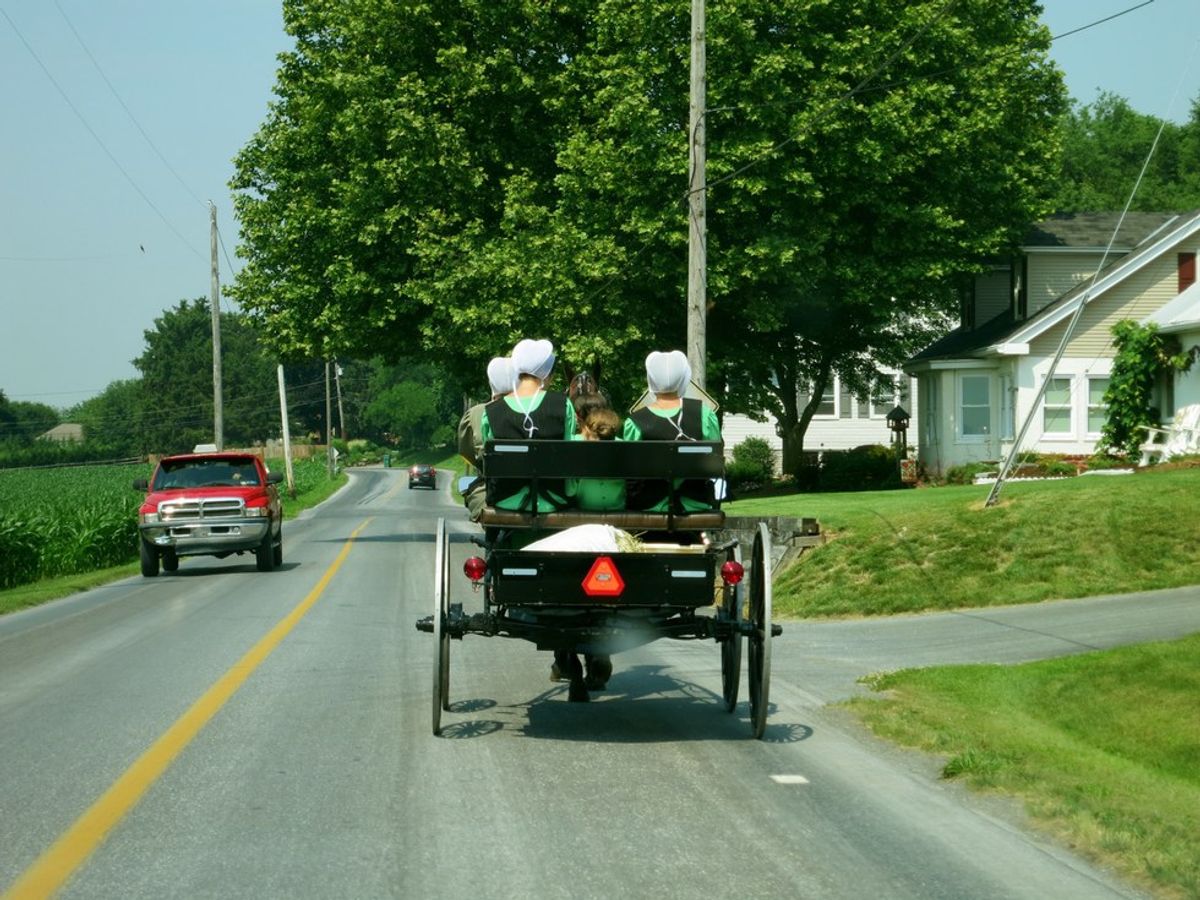 The slightly secluded suburban feel of Lancaster County has slightly declined as people of all ages, races, and genders have joined the community. However, the charming yet somehow annoying characteristics which we know all too well keep us wondering "Do I want to spend the rest of my life here?"

There is nothing worse than being minutes away from home, only to get stuck behind an Amish family in a horse & buggy. Not only are they incredibly slow, but passing them is nearly impossible sometimes.

Surprisingly, I've had relatives from states such as Florida tell me that it is way hotter in Pennsylvania than it is where they live. You can look outside and think it'll be perfectly fine, but the humidity makes it feel like it is 20 to 30 degrees warmer. AC in the summer is CRUCIAL.

3. When people say they want to "hang out", they probably mean the mall.

Back in middle school, the only formal hangout spot was the mall. Now that I've gotten older, I've noticed.. nothing has changed. People either stay in their house all day, or walk around the mall for a while if they really have nothing better to do.

Pretty explanatory, but there were a countless number of times where I needed to explain this silly phrase to my out of state friends.

There is barely any selection in music here...if you get tired of hearing the same Mike Posner song over and over again. Pro tip: Aux cords will become your best friend.

6. There are still 20-year-olds who try to get into Rick's Place.

Although I can never say I went through that phase, I find it awfully creepy that I see people who have graduated years ago trying to hook up with 14/15-year-olds.

7. Another problem... College students dating middle school students (Is that a thing?)

I'm not going to make assumptions, but it really does seem that Mr. Wonderful already had his associates degree by the time she was a freshman in high school.

There is the occasional elderly couple who will stop and say hello, but otherwise, people seem to always be preoccupied with something else. (Or their phone. Most likely their phone.)

9. The best concerts are at Hershey stadium.

Although this isn't exactly a Lancaster "problem", most people in Lancaster have been to at least one amazing concert in Hershey. I say that because it's much "safer" than the concerts in the city, and the quality of the experience is way better. The security in most concerts downtown is not up to par, in my opinion.

It's pretty disgusting. Especially when I travel near the outlets, there's always a lingering smell that doesn't seem to go away, even when I roll up the windows.

Overall... Lancaster is a great place to be. If you don't mind all of the above reasons. It can be noisy and crazy, but it's also really beautiful if you take the time to appreciate the views.