Lisa Daftari Spreads Islamophobia And Should Not Be At Rutgers

Lisa Daftari, We Use The Same Freedom Of Speech You Do To Protest Your Hateful Views

"When you go to the mosque and you're part of a community, and you want to feel important and relevant, and want to give back to the cause — [ISIS] recruits you." 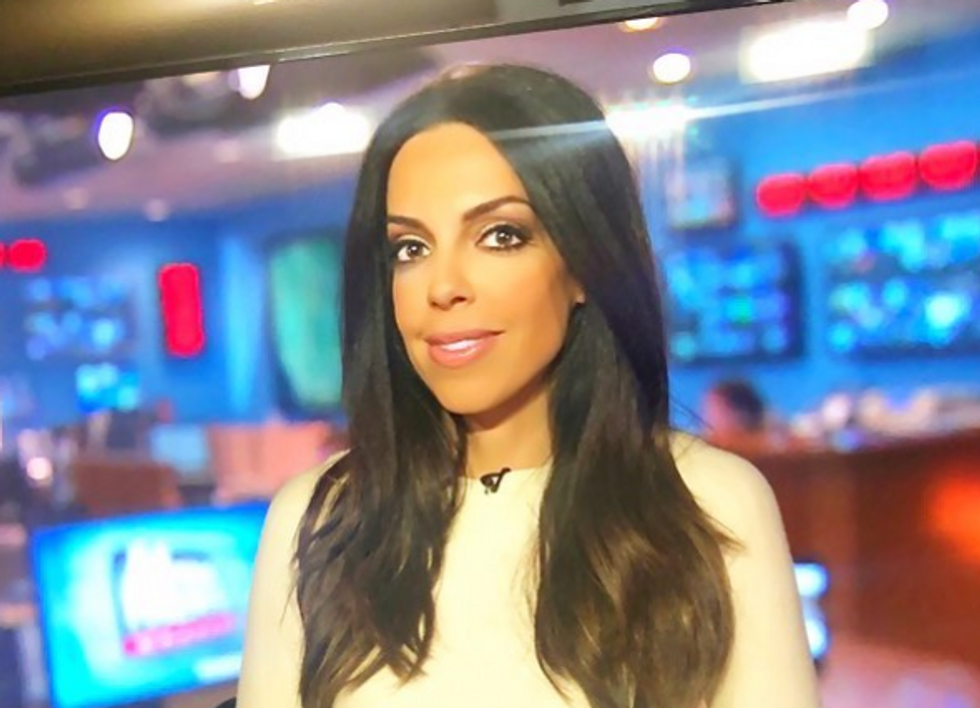 It's funny how freedom of speech works. Sometimes it's a blessing, and other time's it's a curse. I guess it depends on the side you're on.

Lisa Daftari, Rutgers Alum, Iranian-American journalist, and *insert all other titles that may be relevant* was scheduled to come to Rutgers for a "Radicalism on College Campuses" speech. Oh sorry, that's not what that really means. The speech was actually about freedom of speech and Daftari was supposed to be conversing about "how we can use our college campuses as a place for learning, thinking and leadership rather than violence, hatred, and radicalism."

Okay, let's pause. Here's a throwback to when Lisa Daftari said, "When you go to the mosque and you're part of a community, and you want to feel important and relevant, and want to give back to the cause — [ISIS] recruits you." And she's previously made concerning comments in regards to Islamophobia.

And let's not forget to point out that Rutgers University Undergraduate Academic Affairs (UAA) has funded her to come using our tuition money. I'm not quite sure about you, but it worries me that Rutgers University, which constantly boasts about its diversity, sponsored an individual who may threaten the Muslim community on campus.

So freedom of speech allowed for a Rutgers student to start a petition aimed at preventing Daftari from appearing on Rutgers New Brunswick campus.

And freedom of speech allowed for Daftari to tweet the petition with the caption, "BULLIES at Rutgers University threatening to cancel my talk. Ironically the talk is on freedom of speech on campus." (In case you're wondering, I didn't capitalize "bullies," that's just how she wrote it. Check it out.)

And freedom of speech allowed for a group of mainly Muslim students and staff members to sit down with Vice Chancellor Ben Sifuentes to address our concerns. Just to be clear, we have no issue that her point of view is different than ours. Nor do we have an issue with her utilizing her First Amendment Right to freedom of speech. We were merely disappointed that Rutgers paid for her to come.

And freedom of speech allowed for Rutgers University UAA to inform Daftari that her event has been postponed. Daftari assumed that postponement equaled cancellation.

I guess we all interpret things differently.

And freedom of speech allowed for a student to create a counter-petition calling for the event to remain scheduled. Despite Vice Chancellor's email to Daftari providing her with dates in November that she may reschedule her talk, but she denied.

Lisa Daftari states, "To come back after the damage has been done to my reputation and suggest that this was some misunderstanding... lacks the integrity and respect that I would have hoped from my alma mater."

You may now resume your regularly scheduled Tuesday night tears with "This Is Us" back on your TV screen.

The "This Is Us" writers and creators blew me away yet again. Last Tuesday, the Pearson family returned to TV screens around the nation and it did not disappoint. The show picked up right where it left off in Kate and Toby's living room with Kevin and Madison discussing their future twins. From there, it transitions right into the Pearsons handling 2020 with masks, social distancing, and quarantining, to participating in BLM protests and talking about racial injustice.

Haven't watched it yet? Stop reading, go grab some tissues and snacks, fire up your laptop, and start bingeing! This article contains my favorite moments and spoilers from the two-hour season five premiere!

4 Reasons Why The Electoral College Is Unfair