Lindsey Buckingham Is Out Of Fleetwood Mac And I Have A Lot Of Feelings About It
Odyssey
CurrentlySwoonLifestyleHealth & WellnessStudent LifeContent InspirationEntertainmentPolitics and ActivismSportsAdulting
About usAdvertiseTermsPrivacyDMCAContact us
® 2023 ODYSSEY
Welcome back
Sign in to comment to your favorite stories, participate in your community and interact with your friends
or
LOG IN WITH FACEBOOK
No account? Create one
Start writing a post
Entertainment

I'm not ready for my favorite guitarist to "go his own way." 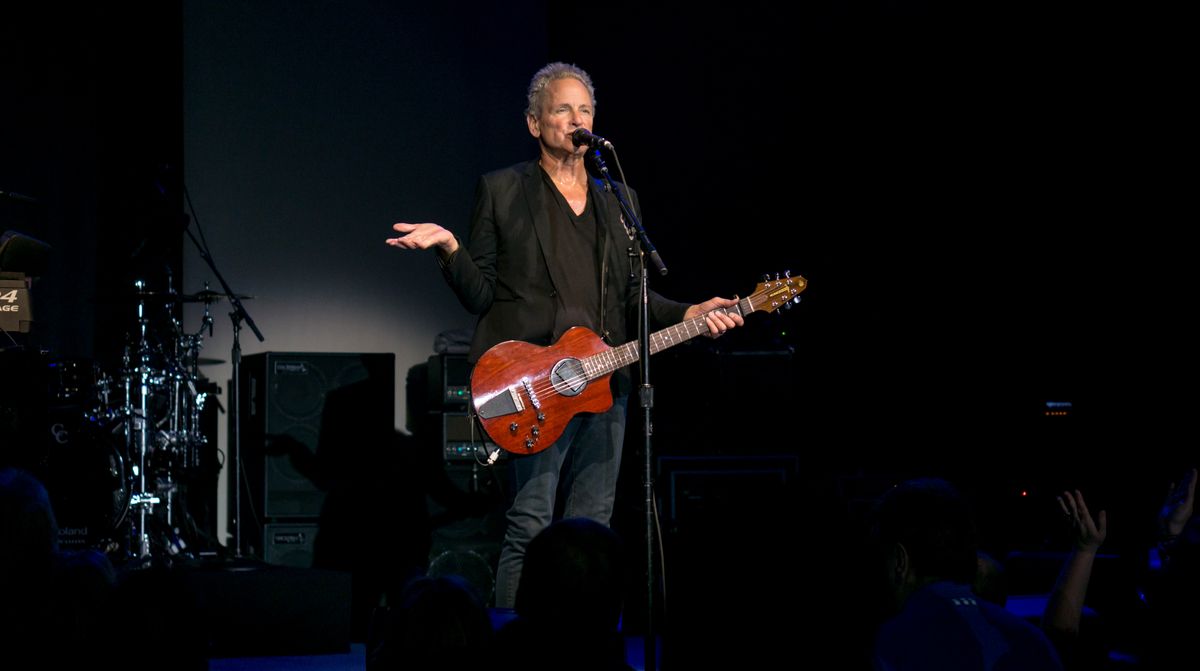 Mondays, of course, are the worst. But some are worse than others.

And I don't know what it is about being a classic rock fan that makes Mondays particularly atrocious, but consider this:

David Bowie technically died on a Sunday, but I didn't hear the news until Monday morning around 6 AM when I was scrolling through Facebook until getting ready for work. I had to wake up my boyfriend, a huge Bowie fan, and tell him the news. When I got home from work that day, I went with him and he got a Bowie tattoo.

The following Monday, Glenn Frey died, and I heard about it listening to the radio on the way home from work because I needed to hate Mondays more.

Both events happened in January 2016. Fast forward to October 2017, the first Monday of which I spent obsessing over conflicting news reports about Tom Petty's heart attack, which ultimately turned into reports of his death, which I am still not over. This time I was the one getting a memorial tattoo, driving up with said boyfriend from Orlando to Gainesville, TP's hometown.

In comparison, this past Monday shouldn't have been as devastating. None of my favorite musicians died that day. But on that day, news that had been percolating on all the Fleetwood Mac Facebook groups I belong to was proven true: guitarist Lindsey Buckingham is out of Fleetwood Mac, seemingly fired from the band as they plan their upcoming tour, which is likely to be their last. Needless to say, I was pretty upset.

Fun Fact: "Monday Morning" is one of my favorite Buckingham-penned Mac songs.

Anyway, It seems like he and vocalist Stevie Nicks had some sort of conflict that couldn't be ameliorated, and word on the street is that the tour backers had to choose one to retain. They thought that Stevie would fill more seats. Which might be true. Stevie, of course, has an amazing stage presence. She probably has a more inter-generational appeal; between "American Horror Story," her friendship with the ladies of Haim, and her witchy-boho style that is veering towards timelessness. I would definitely guess that she has more millennial fans than Buckingham, in addition to all the super-loyal fans that have stood by her for decades.

And as a millennial who has tipped toward #teamstevie for years, I feel pretty guilty that I'm not decidedly on her side for this kerfuffle. I'm not fully on #teamlindsey either. He's never struck me as someone particularly easy to get along with. I don't know where I am. I am very stressed out.

Let me backtrack for a moment. On New Year's Eve, 1974, Lindsey Buckingham and Stevie Nicks joined Fleetwood Mac. The band was only looking for a guitarist at the time and added that they already had a female vocalist - the amazing keyboard player Christine McVie. They wanted Lindsey Buckingham, but he said that he and Nicks (his girlfriend at the time) were a package deal. With Buckingham and Nicks on the roster, their sound became much poppier, and thus more commercial, and but just as distinctive as ever. Their self-titled 1975 album was super-successful, and obviously, their next one, "Rumours" aka the best breakup album of all time, was even more so. They went on with this lineup through most of the '80s, when Stevie and Lindsey both left the band for spells, and, yes, multiple guitarists were brought in, like they are being brought in now (this time around, it's Neil Finn from Split Enz and Mike Campbell from Tom Petty and the Heartbreakers, so I can't be too horribly mad). It takes two awesome musicians to equal one Lindsey Buckingham.

Since the band formed in 1967 as an England-based blues band, they've gone any number of changes, with the group's namesakes, drummer Mick Fleetwood and bassist John McVie being the only constants:

Looking at this chart now, it's clear just how many guitar players they've gone through (and pre-"Rumours" Fleetwood Mac put out some amazing albums). But this chart also shows that Lindsey Buckingham has been a fixture in the band for forever, and certainly for as long as I've been a fan.

As a '90s kid, the only lineup I've ever known has now re-formulated. Bill Clinton used a Fleetwood Mac song, "Don't Stop (Thinking About Tomorrow" as his campaign song, and then convinced the "Rumours" lineup of the band to reunite for his inaugural ball. Within a few years, that lineup was touring again, and I think footage from their "The Dance" tour was what first introduced me to the band.

I wish we could give Bill Clinton a third term so that he could swoop in and reunite them again. (I guess that statement doesn't have much power because I'd literally bring any president back for a third term right now but I digress...)

Anyway, by the time I really got into the band in high school, Christine McVie had left the band, but rather than bring in another keyboard player officially, the rest of the band filled in for her on studio recordings. Christine wasn't on tour with the band the first two times I saw them live, and though I had a great time, something definitely felt missing.

Which is why when she re-joined the band for their 2014-15 tour, it felt like order had been restored in the world. The band as I'd always known it was back together. Listening to the "Rumours" album alone, a one gets so many details of the band members' love lives that it feels as if the members are friends confiding in the listener, so the seeing the "On With The Show" tour felt like reuniting with a group of friends, after not being able to get everyone together for years.

So now that the friend group has been shaken up again, after talk of the upcoming tour has been going around for so long, feels like a shock.

Stevie is an amazing songwriter and front person, and I can totally understand why tour organizers would have gone the way they did. But Stevie can't do this. I'm convinced nobody but Lindsey can:

Every time I've seen Fleetwood Mac live, Lindsey Buckingham has stolen the show with "Big Love." The live version of this song has 2.9 million views on Youtube, 1 million more than the music video for it made in the '80s. Those numbers alone should say something.

Being a grad student, I was too broke and busy to see Lindsey Buckingham tour with Christine McVie last year. And knowing this tour was meant to be a retirement tour of sorts, now I'm worried that I won't get another chance to hear him play "Big Love" live again. Being a millennial classic rock fan already means being in a frenzy to see all your favorite bands before they stop performing, and every missed opportunity to see a concert just feels all the more disappointing.

Which means that I'm very upset over everything, but I'm sure that if I can, I'll go see Fleetwood Mac on this tour, especially since it's "rumoured" to be their last. I'll always kick myself for not getting to see Tom Petty and the Heartbreakers before Petty's death, so at least this will give me a chance to see Mike Campbell play.

And back in the '70s, Lindsey Buckingham managed to take an already immensely-talented band and take them in a totally different, just as awesome, direction. Will that happen again with this lineup? Probably not. But who's to say it can't?